Once you understand transgender people, you can talk about their pain: Abhishek Kapoor

The Chandigarh Kare Aashiqui filmmaker on making a movie on a marginalised community, and why it is important to open channels of communication with them 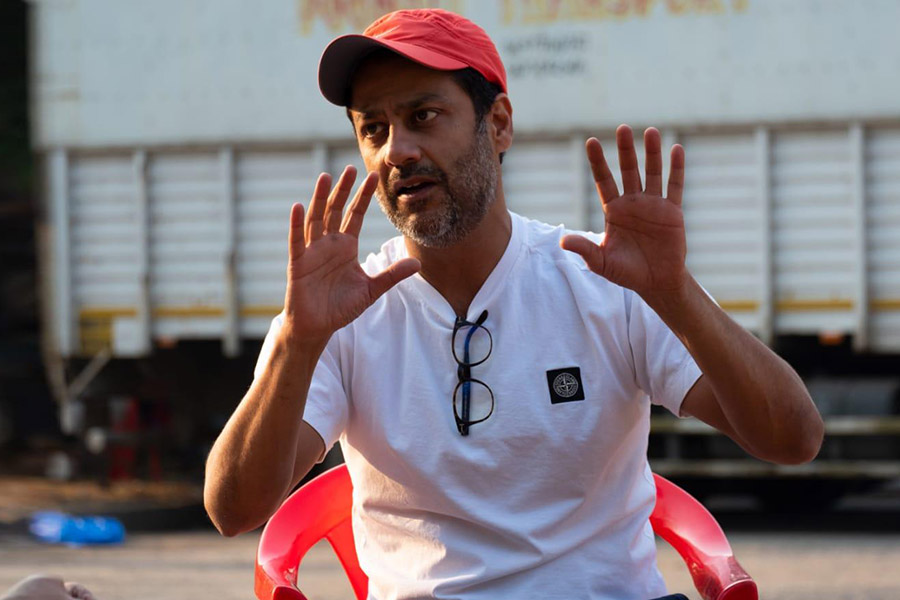 Abhishek Kapoor’s Chandigarh Kare Aashiqui has been lauded by the audiences for putting the spotlight on the transgender community. Starring actors Ayushmann Khurrana and Vaani Kapoor, the film revolves around a fitness enthusiast who falls in love with a Zumba instructor only to realise later that she is a transgender woman. Kapoor, director of films such as Rock On!!, Kai Po Che and Kedarnath, tells Forbe​s India that he wanted to create awareness and start a conversation about a section of society that is ‘fragile and abused’. Edited excerpts:Q. Are you happy with the response to Chandigarh Kare Aashiqui?It has been quite overwhelming because it is a different subject. It has never been attempted and it talks about a community that is in the dark… people are calling it an invisible community. And the community itself is so fragile, so scared, and has been abused much—in films, generally, and by society… they are so misunderstood. For them to step out and say that ‘we liked the way we are being represented here’ is more than enough for me.Q. It has been termed ‘bold’ for the representation. Was that the intention when you decided to make the film?Yes, one does not just make a movie because one wants to. You have to dive into it and meet people in the community. You have to understand them. By the time I had done my research, it was normalised for me in my head. But the world has to open their heads because where we are at right now, with Covid-19 and the world shutting down, people have to open their minds about what is going on… whether it is with the environment, their ambitions, capitalism or people at large. The movie was made after the first Covid-19 lockdown. It was hit by the repercussions of Covid. But we came out on the front foot and hoped to make a difference.Q. One criticism is that you could have cast a transgender individual in the lead role. Would that have made sense or did you want a known actor so that people watch the film?Actually, I have not had that criticism. Before the release, that is the standard thing to say. But after seeing the film, I have not heard even one person say that. The film needs an audience. They have absolutely no awareness about who a transgender person is. I have met so many of them and you would not even know… so it is important to create awareness first. With awareness will come some understanding and acceptance, and after that normalisation. First we have to get some understanding and communication on the subject. Strangely, I did not hear anyone complain about Vaani. 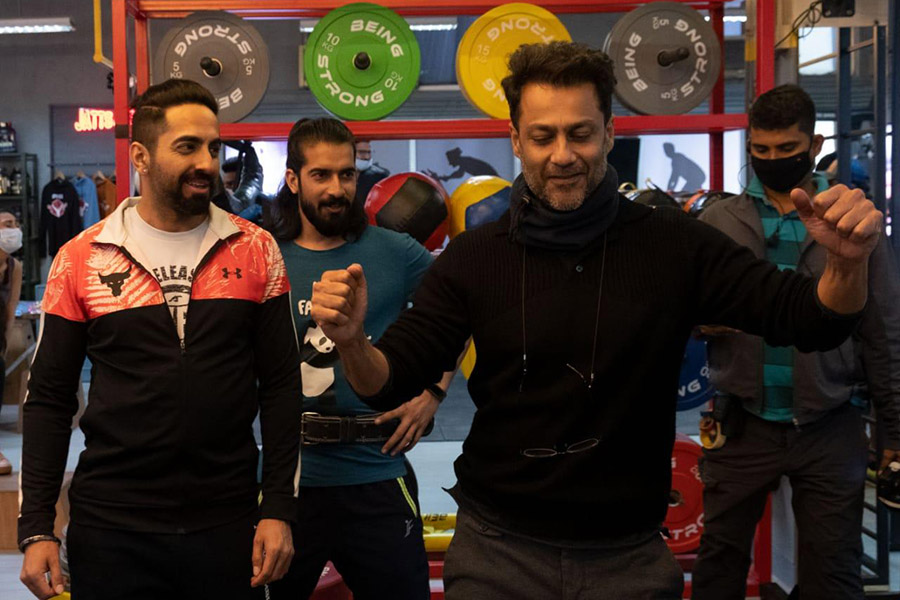 Kapoor with Ayushmann Khurrana on the sets of Chandigarh Kare AashiquiQ. Could you have depicted the childhood struggles of the individual? There is just one scene where she shows her photograph as a young boy… Yeah, but the film is not about that. It is not a film from the LGBT community… it is from the outside. There are these movies by the LGBT community and they have a very harsh tone because there is so much pain. But that voice does not go across through the walls and it does not pass that room. This time, I am banging the wall down from the other side so that we can meet somewhere. If I start putting those scenes in, I will alienate the audience. That is the transgender people’s pain… I think they can hold on to it. They have been through a lot. In this movie, you do not need to see that. Once you understand them, and they let you in, then you can talk about their pain.Q. What are the challenges of making a film on such a subject?It is a new world. You just have to convince a lot of people along the way. It is as challenging as any other movie. Because the intent is to make a conversation. Q. What makes you take up a subject for a film? Is there a checklist?There is no definite checklist, but every idea comes with its own checklist. The idea should be exciting. When an idea comes to my mind, it tells me what the potential of it is, how important it is, whether it is commercial or if it adds value for society. One must have a rounded approach to their work in this field because it has a lot of power to make a difference. It may seem like a small difference, but these small things change the world eventually.Q. You have made just five films since 2008. Is that the pace you like to work at? Or does it take that long to find a subject that interests you?It takes that much time for me to write. I would like to have more output and be on set more. But the writing process involves layers and layers. My films are not made at a superficial level. There is a lot of deep-diving and detailing. And that detailing does not come just by adding some nuances. Q. There is always an underlying message in your films… is that why it takes so much time?I am glad I can retain that underlying message because there is always that intent when you start a film. If that original thread makes it to the other end, I think that is an achievement.Q. Because it takes so much time and effort, what happens when the film does not do well? How quickly can you put it behind you?One has to just move on as long as one gets to make a movie. But today it is different with OTT platforms… you have your bottom lines covered. If you have got your budget in place, I do not think you are looking at any loss. It depends on every project, but to structure your film sensibly is important.Q. The success or failure of a film… has the assessment changed because of the pandemic? Chandigarh Kare Aashiqui released when the theatres had just reopened. Do you gauge audience response differently now?We are all in the middle of a pandemic. We should not forget that. My film was made in the pandemic and it saw the light of day too. It was not a very expensive one and we have all generated some money. Of course, we would like to do more numbers at the box office. But that is the way the business is right now. Fortunately, we have the OTTs now to fall back on.Q. You began your career as an actor. Do you look back at that time or are you happy being a director?All I can do is look back. One does not know one’s journey and what it is going to bring. I have learnt ‘never say never’ and just keep looking ahead, and always be inspired. Keep your head up and chin up, and keep marching ahead.Q. What next?I have got a few scripts in the pipeline. We are also going to produce some films. I think it is time to shift gears now. I have dealt with different genres and I understand them, so produce more films and music.  Q. Would you like to direct a web series?Why not? I would love to, but something exciting should come around.