Should music streaming sites fear the same fate as Netflix?

While music streaming is generally faring well, it remains an extremely competitive market. The shrinking subscriber base of Netflix is a cause for concern for music streaming providers, who fear seeing their growth slow after two years of the pandemic 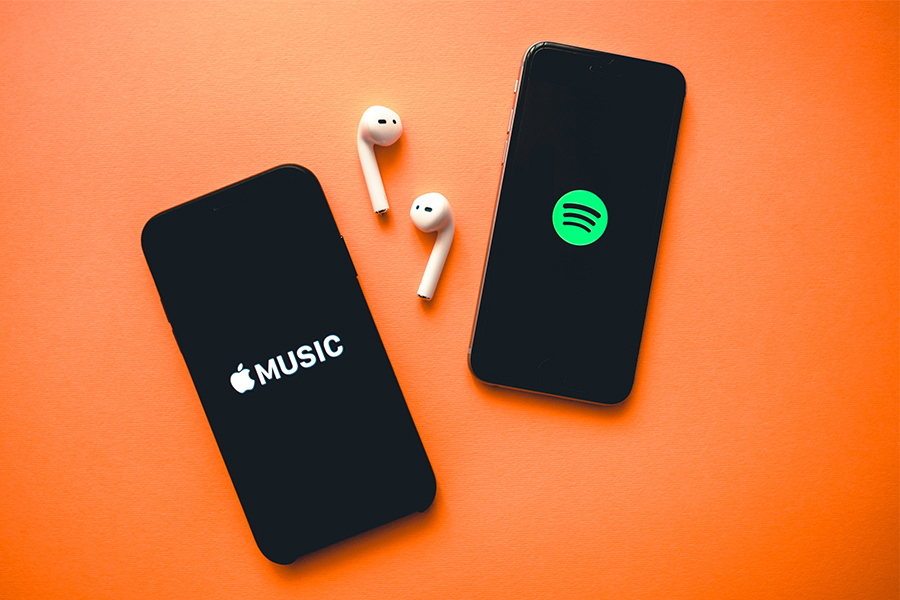 Times are tough for subscription-based video streaming services, as Netflix has seen its subscriber base shrink for the first time in 10 years. This is a cause for concern for music streaming providers, who fear seeing their growth slow after two years of pandemic.

The news came as a shock—Netflix lost 200,000 subscribers in three months, while analysts expected it to gain 2.5 million. The video streaming leader explains this collapse by the war in Ukraine, but mainly by structural factors such as account sharing and competition from new entrants to the market.

Experts are now worried that the same phenomenon will affect music streaming. This market has been booming up until now. In fact, streaming is now the main way to listen to music worldwide. Of the $25.9 billion in revenue generated by recorded music in 2021, $16.9 billion will come from streaming, or 65% of the total, as detailed by the International Federation of the Phonographic Industry (IFPI) in its latest annual report. Between 2020 and 2021, revenue from this mode of music consumption thus increased by 24.3%.

This rise is mainly due to paid, subscription-based streaming, with 21.9% revenue growth. And—good news for Spotify, Apple Music and others—subscribers to paid music platforms are steadily increasing their listening time. They now spend 1 hour and 33 minutes listening to music, up from 1 hour and 26 minutes, according to a recent GWI study on media consumption. This trend is visible in all world regions, although it remains mostly driven by the Americas (Latin and North) as well as Africa and the Middle East. This is good news for players in the sector, who are multiplying initiatives to expand into these territories—Spotify in the lead. In November, the Swedish group launched in the Republic of the Congo, the Democratic Republic of the Congo, Libya and Iraq.

The impressive health of music streaming may come as a surprise compared to that of its video-based counterpart. But this is testament to the dominant place that music —and more generally audio content—now occupies in our lives. For many, music has been a real source of comfort during the pandemic. Video streaming platforms have served the same function, but this effect is beginning to wane in the face of recent price hikes. In response, many households are cutting back on entertainment spending. This trend is particularly visible in the UK, where the number of households subscribing to at least one streaming service fell by 215,000 during the first quarter of 2022, according to Kantar. "In times of financial uncertainty, services need to be indispensable in subscribers' minds," Dominic Sunnebo, director of global insight director at Kantar Worldpanel, told The Guardian. "As a result, it's now more critical than ever that SVoD providers demonstrate to consumers how their services are indispensable in the home in what has become a heavily competitive market."

But music streaming platforms still seem to be spared. The appetite for this form of entertainment persists for several reasons, such as the need to disconnect and the ability to listen to millions of songs whenever (and wherever) you want. "The beauty of audio is that it can be consumed in combination with other media or behaviors, and it often is," GWI explains in its latest study. Another advantage for Spotify, Deezer and the likes is that music streaming is a mode of consumption adopted by everyone, regardless of age. Generation Z and Millennials are particularly fond of it. They spend 1 hour and 55 minutes and 1 hour and 43 minutes respectively on this activity per day. This is significantly more than Baby Boomers, who clearly prefer radio (1 hour and 5 minutes versus 40 minutes for music streaming).

While music streaming is generally faring well, it remains an extremely competitive market. Sweden's Spotify still reigns supreme, even if it is now trailed by emerging players such as China's Tencent Music and NetEase Cloud Music. They account for 18% of the global market's subscribers, even though they are only available in the Middle Kingdom, according to the analysis company, MIDiA Research. Another (modest) competitor is Deezer, the French pioneer of online music listening. The platform recently entered into "a definitive merger agreement" with listed company I2PO, as it prepares to go public. It gave up on a previous attempt in 2015, citing "unfavorable market conditions." Conditions seem to be much more favorable now—proof, perhaps, that music streaming doesn't (yet) have the same fate ahead as Netflix.