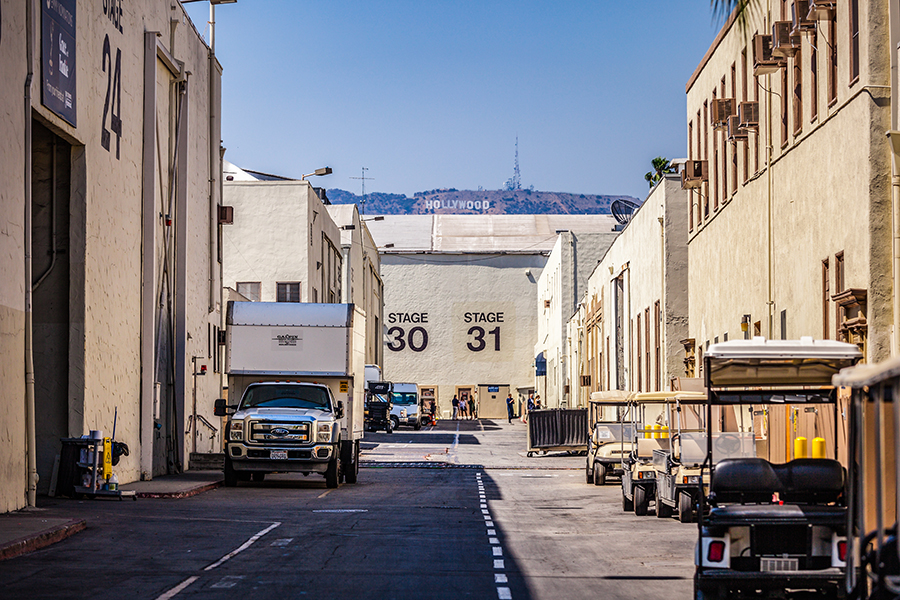 Paramount Pictures Studio's Stages 30 and 31, with Hollywood sign on the background. Image: Shutterstock

In a statement on the union website, IATSE international president Matthew Loeb welcomed the deal as a "Hollywood ending," adding, "Our members stood firm."

The studio group—the Alliance of Motion Picture and Television Producers—confirmed the agreement to CNN but offered no details.

The union, which represents camera operators, costumers, makeup artists and set designers, had been girding to stop work at midnight Sunday.

The labor protest had drawn widespread support, not just from actors like Julia Louiis-Dreyfus and Samuel L. Jackson, but from politicians including senators Bernie Sanders and Elizabeth Warren.

"Good for @IATSE for standing your ground," comedian Patton Oswalt said on Twitter.

The last-minute talks involved thorny disputes on what the union says are excessive and effectively unregulated working hours.

The proposed contract, according to the union, calls for "significant increases in compensation from new-media companies" and "a living wage for those on the bottom of the pay scale."

It also provides for daily rest periods for an industry notorious for its long hours.

For as long as Tinseltown has existed, countless workers have given up their social lives to meet the unusual hours demanded by filming.

But that had come to a head recently, with workers airing a litany of grievances on social media.

"Our first AC (assistant camera) miscarried on our last set in the middle of the day," wrote one contributor before the new deal.

"She was back the next day... I knew she was screaming inside. I hope you all scream for her. Strike."

"This is change that the industry has been needing for a very, very, very long time."

A strike would have brought the union's first national walkout since 1945.

Members say they feel a strong sense of loyalty to work that they love.

But a major issue for crews is being forced to work through meal breaks and deep into evenings and Saturday mornings by studios that can keep the cameras rolling while paying only small penalties.

The pandemic shutdown of Hollywood last spring caused many workers to reflect on their work-life balance.

Combined with the growth of streaming platforms, it has also created both a shortage of and a frenzied demand for new content, meaning crews are driven harder and harder.

"With the streamers ordering all these shows—peak TV—production goes year round," said Los Angeles Times journalist Meg James in an online talk. "So I think you're seeing a fatigue on the workers' side."

Tweets by @forbesindia
Photo of the day: Beauty of the beast
No-nonsense masks, strict bubble: What to expect from China's Winter Olympics