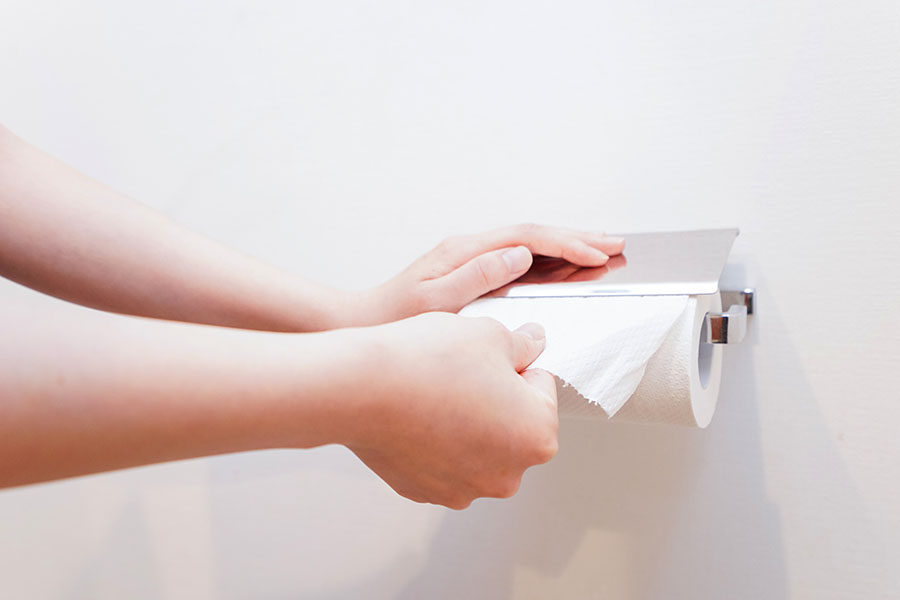 Officials in Yamanashi thought printing reassuring messages and suicide-prevention hotline numbers on sheets of toilet papers might be an effective and discreet way to help distressed young people. Image: Shutterstock

"Dear you, who might want to end it all," reads the toilet paper being used in an unusual new initiative to reach out to suicidal young people in the country.

Suicide is a longstanding problem in Japan, and like many places, the country saw a spike in deaths by suicide during parts of the pandemic.

The number of elementary, middle and high school-age students dying by suicide hit a new record of 499 in 2020, according to the health ministry.

Officials in Yamanashi thought printing reassuring messages and suicide-prevention hotline numbers on sheets of toilet papers might be an effective and discreet way to help distressed young people.

"You're alone in the toilet. We felt that it's at moments like this when you might be more prone to thoughts of anguish", Yamanashi official Kenichi Miyazawa told AFP.

The campaign involves 6,000 rolls printed with messages and phone numbers, which were distributed to 12 regional universities last month.

Interspersed between illustrations such as a curled-up cat and an umbrella-holding woman looking up into the sky are messages crafted by a mental health professional that are intended to allay loneliness.

Watch here: World Mental Health Day: A look at how people perceive it today, and the role of stigma

"Dear you, spending painful days pretending to be okay for someone else", reads one message written in blue on the white paper.

"You don't need to tell us everything... but how about just a little of it?"

Tweets by @forbesindia
Busts will come and busts will go, but startups matter in a thriving economy
'Black Panther' star Tenoch Huerta fights racism back home in Mexico