Busts will come and busts will go, but startups matter in a thriving economy

Till a year ago, startups were raising dollops of capital, hiring, growing giddily and earning plaudits for their ambition and risk-taking. Today they are hitting the headlines for slightly different reasons 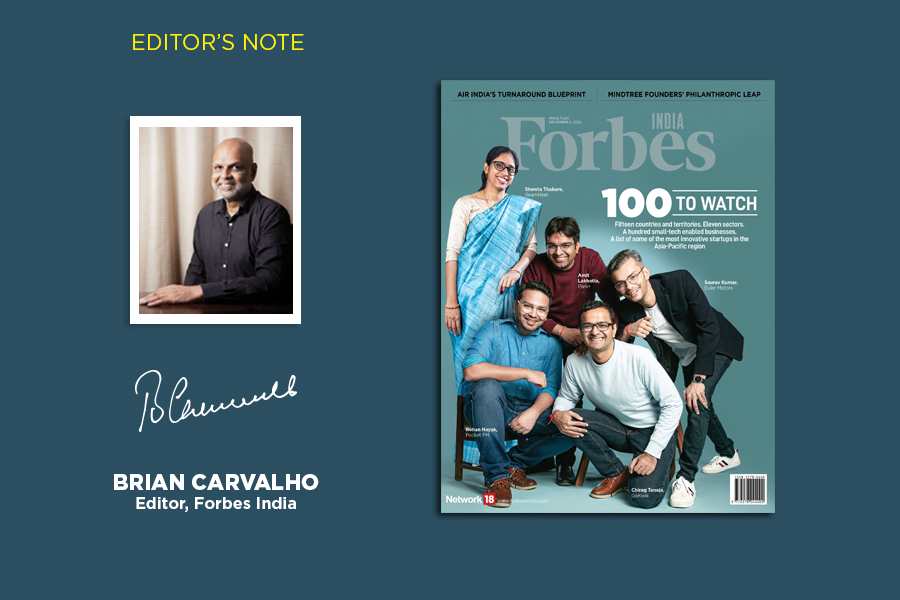 Till a year ago, they were seemingly doing all the right things—raising dollops of capital, hiring, growing giddily and earning plaudits for their ambition and risk-taking. Today, they’re hitting headlines for slightly different reasons: Inability to raise capital, mounting losses and having to let go of personnel hired in the boom times.

While such an inevitable cycle brings along with it many lessons, including Newton’s conclusion that heavier objects will hit the Earth with a greater force than lighter ones, it doesn’t take away from one reality: Busts will come and busts will go, but startups matter in a thriving economy.

Why? Well, you’d be tempted to scoff at this during layoff season—as per the Inc42 Indian Startups Layoff Tracker, 44 startups had laid off a little over 15,700 employees in 2022 till early November. Net-net, though, startups do create jobs. According to the Department for Promotion of Industry and Internal Trade, India’s 73,205 officially recognised startups created over 7.5 lakh jobs in the country (till June). A recent report by HR-tech firm BetterPlace suggests that more than 8 million jobs were created in the frontline industry (workers that provide essential services) in FY22; ecommerce contributed the highest to this demand, followed by logistics and mobility.

Another reason for keeping the faith with startups is that they are more likely to produce breakthrough innovations than traditional companies. Such innovations tend to emerge in the startup phase when the venture and its founders are young; as they get bigger and older, the innovations are fewer and at best incremental.

Most startups will fail, their innovations unable to break through, but the few that make it will solve critical problems and make life easier for humanity. Entrepreneurship and innovation are at the core of Forbes India, and we track technology-led ventures with an eagle eye—in good times and bad.

Our special package this fortnight looks at the broader landscape for small tech-enabled businesses across the Asia-Pacific, courtesy Forbes Asia’s ‘100 to Watch’ in 2022. From Hong Kong to Indonesia, from South Korea to Singapore, Forbes Asia identified 100 companies from 15 countries and territories that are at the vanguard of innovation. These businesses are from 11 sectors, including biotech, ecommerce, finance, construction, agriculture and food.

On the list, for instance, is the Shanghai-headquartered Grit Technology, a novel cell therapy venture that seeks to treat cancer and tumours by enhancing disease-fighting lymphocytes in a patient. Then, there’s I2Cool from Hong Kong, which has invented an exterior paint to cool down hot buildings by reflecting sunlight and dissipating thermal radiation. There’s also the Karachi-headquartered telemedicine platform Sehat Kahani, which connects patients with doctors in a country where more than half of the 220 million population can’t access quality health care.

The ‘100 to Watch’ list has 11 ventures from India, with Singapore (19), Hong Kong (16), South Korea (15), and China (13) ahead of it. Forbes India deep-dives into five of these startups to discover their competitive edge. Manu Balachandran checks out the prospects of Park+, a super app for car owners that offers everything from car cleaning and servicing to parking at homes, malls and offices. And Nasrin Sultana meets the founders of Pocket FM, which aspires to be the Netflix of audio OTT platforms, with “bingeable long-format series to keep listeners hooked”. As CEO & co-founder Rohan Nayak tells Sultana, “During my long travel time to office, I realised the need for audio storytelling in Indian language. The only relief on these long drives were FM stations and music apps.” Will this model yield profits?