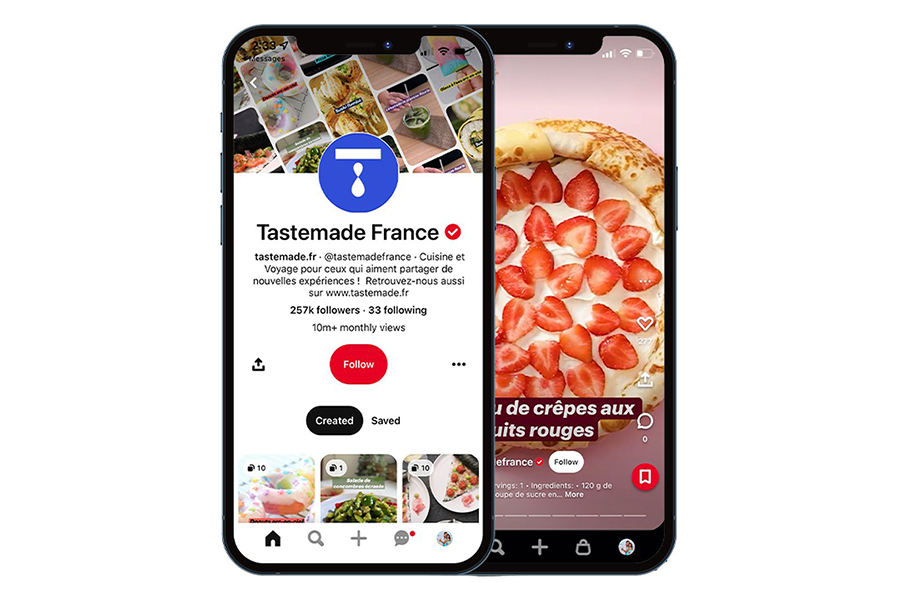 Could Pinterest become social networks' new answer to television? The platform has announced 50 new shows on Pinterest TV including live sessions. The new partnership with media company Tastemade could give a significant boost to live shopping on the platform.

Pinterest wants to become a major player in online TV. The social network unveiled this week a global, multi-year multi-million dollar strategic partnership with media company Tastemade, which specializes in culinary, decoration and travel content. Their ambition? Scale up live streaming and live shopping on the platform.

As part of the collaboration, 50 new shows will be launched on Pinterest TV, along with live streaming and Idea Pins (Pinterest's multi-page video pins), starting this week and running through 2023, the social network said. A host of live shows will be accessible in Europe, the United States, Latin America and Asia Pacific. "The series will feature talent from both the Tastemade and Pinterest creator communities from around the globe—and will be produced in at least eight different languages from Tastemade's global studios across the U.S, LATAM, Europe, and APAC," the platform outlined.

Wellness, gastronomy, travel, fashion, beauty, health, parenthood, animals... the programs will address various themes. The live content will focus on live shopping—a rising trend on social networks that Pinterest hopes to capitalize on with this partnership. It's a strategy that could indeed pay off "with Tastemade Pins driving 200% more saves than the average Pin, " Pinterest pointed out.

With this collaboration, Pinterest hopes to attract creators and makes no secret of its ambition to become the go-to platform for the next generation of creators.

In addition to the programs, Tastemade has plans to hold physical events at its studios in Los Angeles, London, Tokyo, Jakarta, Mumbai, São Paulo and Buenos Aires.  "Creators from both the Pinterest and Tastemade communities will come together for community building activities, creator activations, and training sessions focused on catalyzing more high-quality video storytelling and overall engagement on the Pinterest platform."

Recently, Pinterest has launched new features to visualize objects in one's own interior—one more strategy to boost the live shopping trend that is gaining ground on social networks.