In their analysis, the experts at IWSR make clear that the unprecedented demand for tequila has led to agave shortages and higher production costs 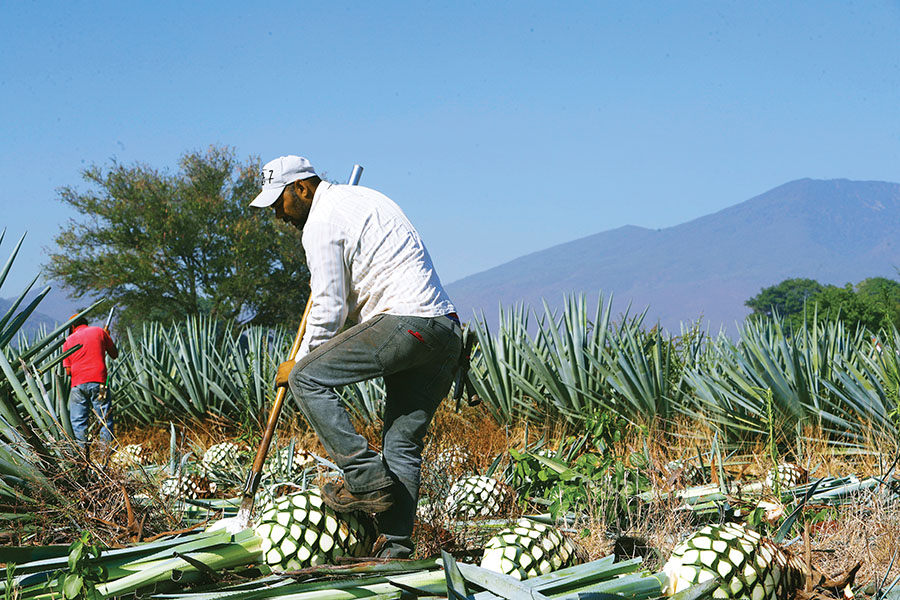 For many months—especially over the summer—there's been talk of food shortages due to drought or extreme weather events such as floods. But products can also be victims of their own success, with demand that outstrips supply. This is the case with tequila, which has become an ultra trendy drink—especially in the United States—that there are fears for its future.

Hollywood's celebrities aren't only investing in Provençal rosé wines. They're also devoting their fortunes to a very trendy spirit: tequila. An essential ingredient for making margarita or tequila sunrise cocktails, the Mexican liquor made from blue agave plants was George Clooney's pet project until the actor sold his Casamigos brand to the Diageo Group (which owns famous brands like Johnnie Walker whisky and Smirnoff vodka) for $1 million in 2017. The influencer Kendall Jenner has also tapped into the success of the Mexican spirit by launching Tequila 818 last year, just like Dwayne "The Rock" Johnson (Teremana), Rita Ora (Prospero) or even AC/DC (Thunderstruck). Justin Timberlake and the rapper P.Diddy were among the first stars to invest in the tequila market.

The success of this spirit, with a vegetal and woody taste, has already been measured by IWSR, the leading source of data and analysis on the beverage alcohol market. In a recent forecast, the British consultancy expected tequila volumes to grow by 7% each year between 2016 and 2026. The United States, Mexico and Canada are the three largest markets for the Mexican drink, accounting for 88% of global volumes. Lately, the success of tequila has also been seen through ready-to-drink cocktails, a sector that is currently thriving in the US, with an increase in sales of 42% in 2021, according to the Distilled Spirits Council of the United States (DISCUS), a national trade association representing producers and marketers of distilled spirits.

These are all good reasons to see a bright future for the finances of Mexico's tequila producers... Except that, for several years now, the American press has been sounding the alarm about a shortage of agave, a plant essential to the production of this drink. And, for a product to be labeled "tequila," it is also necessary for these plants with large serrated leaves to be harvested in the state of Jalisco and in certain areas of neighboring regions such as Michoacan and Guanajuato. In a recent publication, IWSR recalled that it takes between seven and eight kilos of agave to produce just one liter of tequila. "Agave prices have remained close to record levels for the past three years, at MX$26-28/kg,” said Jose Luis Hermoso, IWSR research director. In their analysis, the experts make clear that the unprecedented demand for tequila has led to agave shortages and higher production costs. The situation is such that the consulting firm even raised its forecast for tequila volume growth in the United States to +9% over the period for 2021-2026.

Also read:  Craft distillers fear mezcal will become the victim of its own success

While consumers seem to have a taste for premium tequila—forecast to account for 55% of the category volume share by 2026—producers of the spirit have little choice but to find alternatives in order to make sure everyone gets served. And that can have an effect on the quality of the drink. According to Adam Rogers, IWSR's research director for the North American market, some brands are deciding to harvest younger agave plants that haven't reached their full maturity. Others prefer to branch out into cocktails, since they can no longer guarantee 100% agave tequila.

Eventually, tequila lovers may have to give up on seeing the name of their favorite spirit on the label, because alternative agave spirits are now being made in South Africa and Australia, where sustainable agave farming is being trialed in the stunning Whitsunday Islands, nestled in the Great Barrier Reef.

Finally, the situation could also lead consumers to branch out to other agave-based spirits, such as mezcal, which can include various types of agave harvested throughout Mexico. Similarly, raicilla and bacanora are also spirits that can be distilled from other agave species.

Tweets by @forbesindia
Fitch lowers outlook for UK rating from 'stable' to 'negative'
Photo of the day: Good triumphs over evil