Covid-19 death reports, a vast gender gap, Nazi "fan fiction": These are some of the perils an international crowd of volunteers battle across Wikipedia's tens of millions of online entries 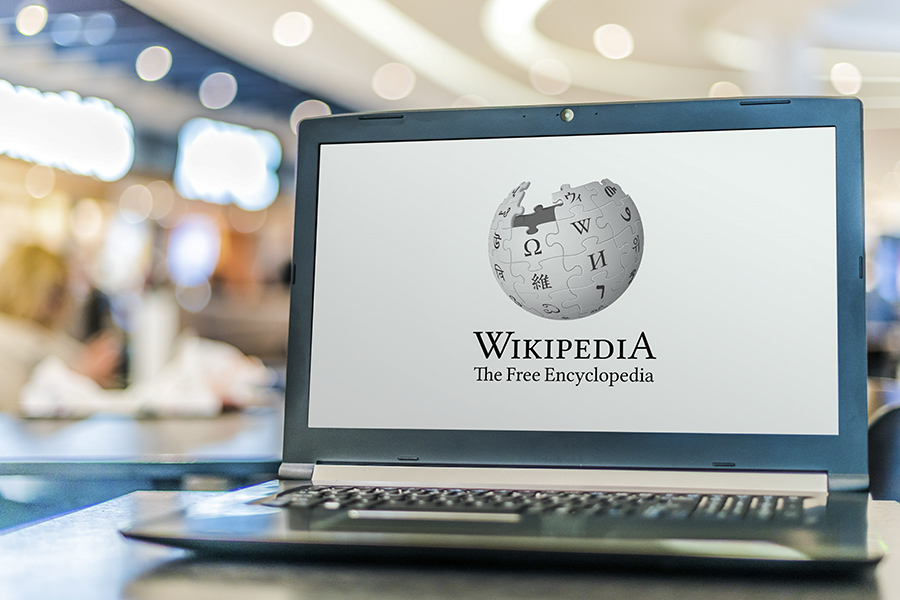 False Covid death reports, a gaping gender gap, Nazi "fan fiction": These are some of the perils an international crowd of volunteers battle across Wikipedia's tens of millions of

False Covid death reports, a vast gender gap, Nazi "fan fiction": These are some of the perils an international crowd of volunteers battle across Wikipedia's tens of millions of online entries.

The world's largest internet encyclopedia is often the first result to pop up when users ask the internet a questionv—and thus a massively influential source of free information but which also reflects humanity's faults.

With entries that can in theory be written by anyone with an internet connection—in some 300 languages—it comes down to editing by mostly anonymous volunteers to police the site.

"I always carry my laptop along wherever I go, to edit Wikipedia," said Alaa Najjar, who is based in the Middle East, but asked that specific details about his identity be omitted to protect his privacy.

"It is an addiction, as my friends say. I prefer to say it's my passion," he told AFP by email

Najjar said he contributes to almost 500 entries a week, and as a medical doctor he has been busy fighting a flood of false information unleashed during the pandemic.

Among the strains of misinformation that surfaced on Wikipedia, he has spotted false reports Covid-19 had killed notable people and inaccurate boosting of some nations' death and case numbers.

"I reviewed hundreds of articles during the Covid-19 pandemic, and rejected many misleading or erroneous amendments," said Najjar, who got the platform's top honor in 2021 for his work.

The 20-year-old encyclopedia—which even has an article devoted to its own controversies—has received positive accolades in recent years for its fact-checking capacities.

Though it's a sprawling platform, the site does not seek to make money and so avoids the profit-over-safety criticism that has battered Facebook, for example.

Instead, Wikipedia has volunteers who are deeply invested in the site's stated mission of providing access to a written compendium of all branches of human knowledge.

Of course, it can be a thankless job to kick dubious reports off the platform.

"One particular editor called me a 'vandal' for removing unsourced information," said Ksenia Coffman, who has battled what she termed "fan fiction" about World War II on Wikipedia, including how Nazis and German generals were depicted.

A strand of writing that ignores historical context regarding war-time atrocities such the Holocaust, and instead romanticizes German forces, has influenced a subculture that has found its way to the platform.

"Why am I getting pushback when I am trying to correct this to remove these unsourced globs of text that just glorify these supposed Nazi war heroes?" asked Coffman, who lives in California but grew up in the Soviet Union and contributes around 200 edits per month.

She said the pushback from the subculture's believers as well as from editors who didn't like to be challenged was a "tactical mistake" by her detractors that in fact motivated her to stick around and take on the issue.

And other dark spots in human history have a way of popping up on Wikipedia, too.

Women have been less well-covered than men in published written works in general, which creates a barrier to women appearing in equal numbers to men in Wikipedia's articles.

"Wikipedia is an uncomfortable mirror to show the world because it reflects back all of the systemic knowledge gaps that we have," she said, adding that she puts in about 40 minutes per day on the platform.

In 2015 it became clear that only 15 percent of English language biographies on the platform were about women, sparking an effort to try to balance out the disparity. Six years later, the figure has risen to over 19 percent, said O'Neill.

Last year she was writing Wikipedia articles at the clip of one per day, and in the ratio of 19 biographies on women for every one she did about a man.

"I as an individual can offer something. I'm just going to set aside the time and just do it and not turn it over too much in my head," she added. "It's something I can do."