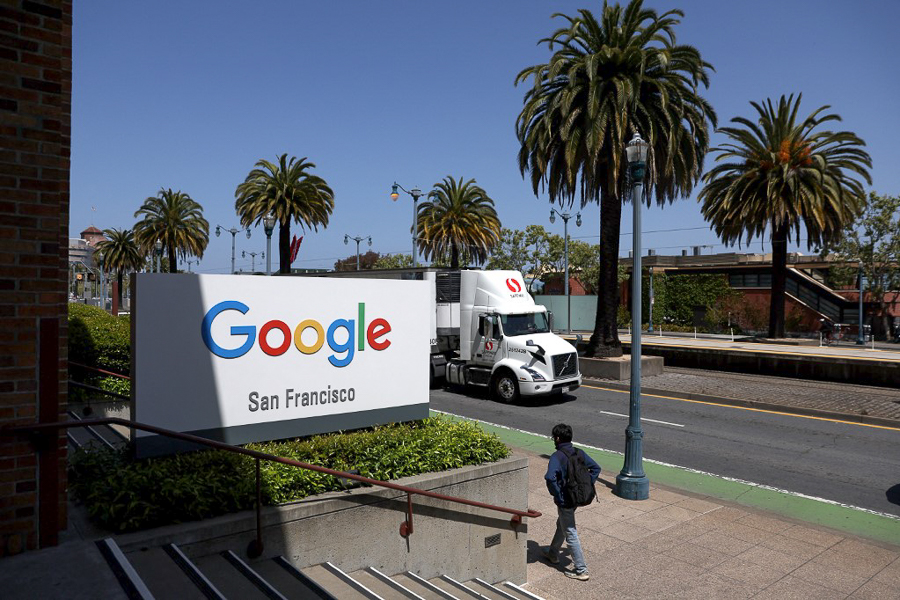 Google’s pandemic boom may finally be slowing. Google’s parent company, Alphabet, reported an 8% decline in quarterly profit Tuesday, dragged down by slowing growth for advertising on YouTube and search as well as a decline in the value of its investments.

The company posted a net profit of $16.44 billion for the first quarter, compared with a profit of $17.93 billion in the same period a year earlier — the first time the company’s quarterly profit had fallen from the prior year since the second quarter of 2020. Revenue surged 23% to $68.01 billion. The results were below analysts’ expectations for a net profit of $17.33 billion on revenue of $68.05 billion, according to estimates compiled by FactSet.

Shares of Alphabet fell about 4% in after-hours trading.

Alphabet’s profit fell from a year ago, when the company experienced a major rebound in demand for digital advertising and posted a $4.8 billion gain in the value of its stock holdings. For the first quarter, Alphabet reported a $1.07 billion loss from the value of its investments. The company has announced in the past that it holds shares of ride-hailing service Lyft and building-security firm ADT, both of which had seen their share prices fall along with the broader market.

Growth at Google’s two main advertising businesses also slowed from previous quarters. Advertising on YouTube rose 14% from a year earlier. The war in Ukraine prompted some European advertisers to pull back spending on YouTube, the company said.

Search ads grew 24% but that was a deceleration from a 36% increase in the fourth quarter of 2021. A strong dollar, which weighs on international revenue, was also a drag on the quarter.

Ruth Porat, Alphabet’s chief financial officer, said the company’s growth in the coming quarters may appear more modest compared with that of last year, when Alphabet had favorable comparisons after a slowdown in 2020 during the early part of the pandemic.

She warned that Alphabet’s current quarter will face a difficult comparison to last year. It will reflect the company’s decision to halt business in Russia, which accounted for about 1% of its total revenue in 2012.

Still, Alphabet’s mixed quarter showed how much the company’s business boomed at the height of the pandemic last year. The revenue increase of 23% in the first quarter — as the company was bringing in roughly $750 million a day — was a significant slowdown from a gain of 41% in sales last year.

Throughout the pandemic, Alphabet has benefited from increased internet activity, which usually means more opportunities for the company to sell more advertising because Google search is often an on-ramp to the web and YouTube is the prime destination for video online.

In the face of Amazon’s growing advertising business, Google has also made changes to how it allows retailers to list available products for online shoppers. Its goal is to get more people to start their shopping searches on Google instead of going directly to Amazon.

In a recent survey, Morgan Stanley found that the percentage of people who start shopping searches on Google and YouTube had increased steadily to 60%, up from 50% in 2020. Google said retail and travel searches were the biggest contributors to revenue growth in the first quarter.

Google’s cloud computing unit reported a 44% increase in revenue — although the business continues to operate at a loss. Losses narrowed to $931 million in the first quarter compared to $974 million a year earlier.

Alphabet said it continued to hire aggressively. The company said it had 163,900 employees at the end of March, an increase of 7,500 workers since December.