Google plans privacy changes, but promises to not be disruptive

Google did not provide an exact timeline for its changes, but said it would support existing technologies for at least two more years 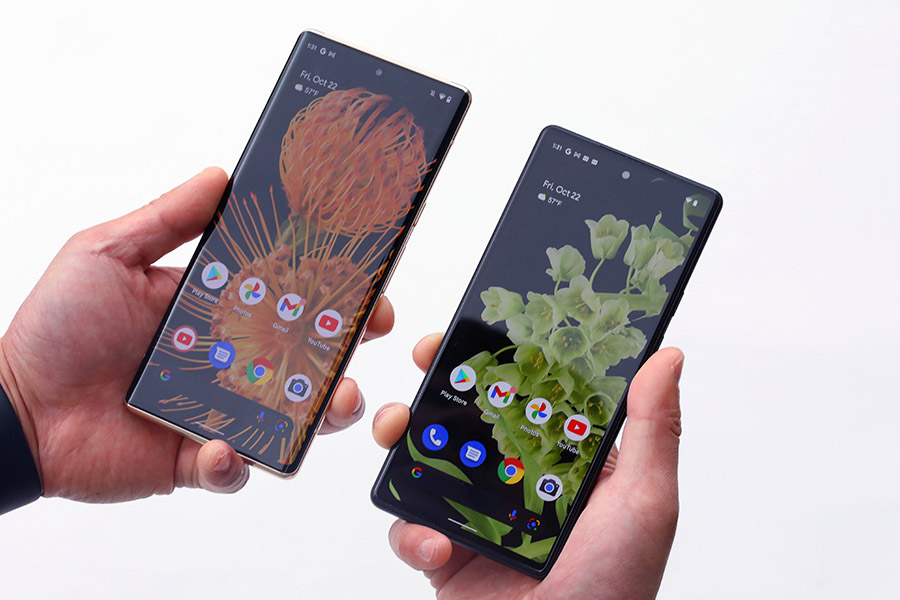 Google’s Pixel 6, left, and Pixel 6 Pro smartphones in Oakland, Calif., on Oct. 15, 2021. Google has not provided a timeline for privacy changes for its Android software, but says it will support existing technologies for at least two more years. (Jim Wilson/The New York Times)

Google said Wednesday that it was working on privacy measures meant to limit the sharing of data on smartphones running its Android software. But the company promised those changes would not be as disruptive as a similar move by Apple last year.Apple’s changes to its iOS software on iPhones asked users for permission before allowing advertisers to track them. Apple’s permission controls — and, ultimately, the decision by users to block tracking — have had a profound impact on internet companies that built businesses on so-called targeted advertising.
Google did not provide an exact timeline for its changes, but said it would support existing technologies for at least two more years.
This month, Meta, the company founded as Facebook, said Apple’s privacy changes would cost it $10 billion this year in lost advertising revenue. The revelation weighed on Meta’s stock price and led to concerns about other companies reliant on digital advertising.

Anthony Chavez, a vice president at Google’s Android division, said in an interview before the announcement that it was too early to gauge the potential impact from Google’s changes, which are meant to limit the sharing of data across apps and with third parties. But he emphasized that the company’s goal was to find a more private option for users while also allowing developers to continue to make advertising revenue.
As the world’s two biggest smartphone software providers, Google and Apple hold significant sway over what mobile apps can do on billions of devices. Changes to increase privacy or provide users with greater control over their data — a growing demand from customers, regulators and politicians — come at a cost for companies collecting data to sell ads personalized to a user’s interests and demographics.
Chavez said that if Google and Apple did not offer a privacy-minded alternative, advertisers might turn to more surreptitious options that could lead to fewer protections for users. He also argued that Apple’s “blunt approach” was proving “ineffective,” citing a study that said the changes in iOS had not had a meaningful effect in stopping third-party tracking.
An Apple spokesperson declined to comment.
The changes from Google and Apple are significant because digital advertising based on the accumulation of data about users has underpinned the internet for the last 20 years. But that business model is facing more challenges as users have grown more suspicious about far-reaching data collection amid a general distrust of technology giants.
The difference in approaches between Apple and Google also speaks to how each company makes the bulk of its money. Apple generates most of its revenue from selling devices, while Google makes its money largely from selling digital advertising and may be more open to considering the needs of advertisers.
Wayne Coburn, a product director at Iterable, a marketing software company, said it was not surprising that Google was taking these steps when Apple was aggressively pitching privacy as a selling point over products running Android. Still, he said Google’s approach felt like a “weak gesture” by providing a two-year timeline. He expects the company will be pressured to “do more, faster.”
“This is a reaction to what Apple has done,” Coburn said. “Google wouldn’t be doing this on their own.”
Google said it planned to bring its privacy initiative, Privacy Sandbox, which had been limited mainly to reducing tracking on the company’s Chrome browser, to Android — the world’s most widely used software for mobile devices. Google has been forced to revamp its approach to eliminating so-called cookies, a tracking tool, on Chrome while facing resistance from privacy groups and advertisers.
Google said it was proposing some new privacy-minded approaches in Android to allow advertisers to gauge the performance of ad campaigns and show personalized ads based on past behavior or recent interests — as well as new tools to limit covert tracking through apps. Google did not offer much in terms of detail about how these new alternatives would work.
As part of the changes, Google said, it plans to phase out Advertising ID, a tracking feature within Android that helps advertisers know whether users clicked on an ad or bought a product as well as keep tabs on their interests and activities. Google said it already allowed users to opt out of personalized ads by removing the tracking identifier.
The company said it planned to eliminate identifiers used in advertising on Android for everyone — including Google. Chavez said Google’s own apps would not have special or privileged access to Android data or features without specifying how that would work. This echoes a pledge Google made to regulators in Britain that it would not give preferential treatment to its own products.
The company did not offer a definitive timeline for eliminating Advertising ID, but it committed to keeping the existing system in place for two years. Google said it would offer preview versions of its new proposals to advertisers, before releasing a more complete test version this year.
Chavez said Google’s move had not been prompted by Apple’s actions, adding that the company is always looking to “raise the bar” on privacy.