Since Brexit, Britain's financial industry has lost some of its lustre, and the treasury is exploring other ways to attract investors, including loosening the rules for listing companies to attract founder-led tech startups and backing financial technology companies 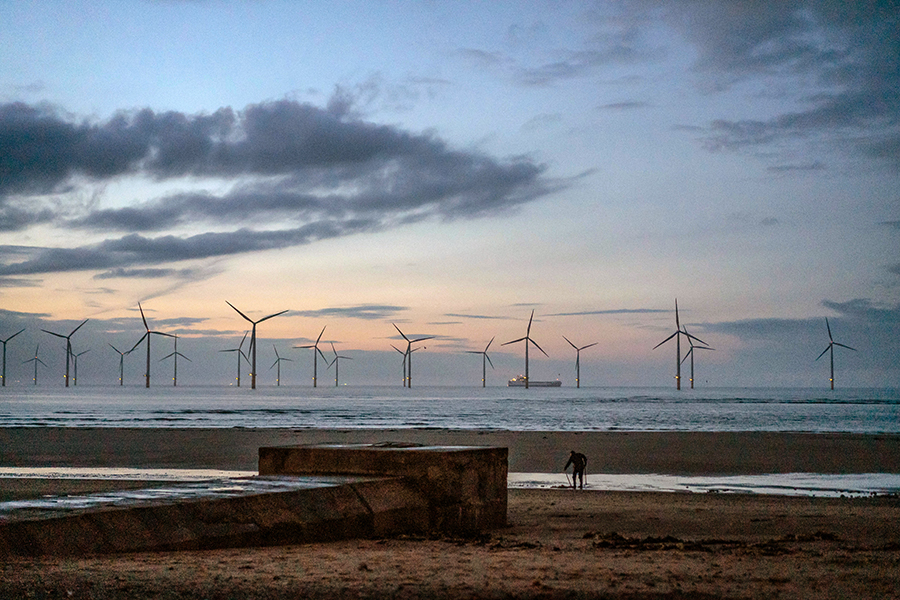 Advocates descended on the streets of Glasgow, Scotland, last month, pressing banks and other financial institutions at the 26th United Nations climate summit to be more responsible stewards of the climate. But a bank based just 50 miles east of the city is already showing what that might look like.NatWest, formerly the Royal Bank of Scotland, has made the unlikely transformation from substantial financier of the oil and gas industry to a leader in green finance, whittling down its fossil fuel exposure and pledging to funnel 100 billion pounds ($133 billion) into sustainable-energy projects in the next four years.
The bank, with headquarters in Edinburgh, could serve as an example of the huge shift necessary for Britain’s banking and investment sector to become, in the government’s words, “the world’s first net-zero-aligned financial center.”
Since Brexit, Britain’s financial industry has lost some of its luster, as London can no longer be used as a hub for European business. The Treasury, determined to maintain the nation’s eminence, is exploring other ways to attract investors, including loosening the rules for listing companies to attract founder-led tech startups and backing financial technology companies. But green finance could also be an answer.
NatWest’s climate-friendly transformation has even earned the cautious praise of some of its protesters.
Johan Frijns, a co-founder of BankTrack, a Dutch organization that pressures banks to give up financing fossil fuel projects, said NatWest could set a new bench mark for how to transform a large bank for a low-carbon economy.
“We almost desperately want to see NatWest as a beacon of hope, as a bank that shows it can change,” Frijns said. “And it comes from very far. It was proud to be the oil and gas bank.”
The transition at NatWest has been helped along by its diminished global stature. For a short period before the 2008 financial crisis, it was the largest bank in the world, by assets. But then, facing huge losses as the global credit squeeze hit hard, it was bailed out by the British government and reined in its ambitions. Now, reflecting its smaller, domestic focus, nearly half of its loan book is made up of mortgages.

But over the past decade, NatWest has — first slowly, and then quickly — become more zealous in its climate-related goals. In 2012, it set aside 200 million pounds for businesses to undertake energy-efficiency projects. Over the next few years, it helped finance more renewable-energy projects, including wind farms. In 2017, it reported that it did not directly finance any new coal mining or coal power projects. The year after that, NatWest said it would channel 10 billion pounds into sustainable and climate financing over the next two years.
But the biggest changes have come under the leadership of Alison Rose, who took over as CEO in late 2019. Besides changing the bank’s name and distancing it from its crisis-stained past, Rose has said she wants to run a “purpose-led bank,” with a focus on “helping to address the climate challenge.”
In October, the bank announced that it would channel 100 billion pounds into financing for green and sustainable initiatives by the end of 2025. It said it would stop lending and underwriting major oil and gas producers if they had not set out, by the end of this year, a transition plan aligned with restricting global warming to 1.5 degrees Celsius above preindustrial levels (the U.N. Paris Agreement goal). The bank has also committed to a “complete phaseout” of investments touching on coal by the start of 2030, the same year it intends to have halved the carbon emissions from all its financing before getting to net zero in 2050.
The bank’s transformation is not complete: At the end of September, NatWest’s exposure to major oil and gas companies, mostly from loans, was 1 billion pounds, and 600 million pounds to companies in which more than 15% of the activity relates to coal. But its priorities follow the path laid by the government, which has set a legally binding target for the country to cut carbon emissions by more than three-quarters by 2035 compared with 1990 levels, and reach net zero greenhouse gas emissions by 2050. Lawmakers are working out how to meet these objectives.
Rishi Sunak, who as chancellor of the Exchequer is Britain’s highest financial officer, has presented a plan that initially asks, and eventually requires, financial institutions, including asset managers and pension funds, and publicly listed companies to publish how they will adapt their activities and investments to help the country meet its net zero targets. These transition plans would come on top of existing requirements to publish financial information about climate risks to their business operations and investments.
“It’s a really positive indicator that the U.K. recognizes that it needs to take into account the emissions associated with its financial sector,” said Alison Kirsch of Rainforest Action Network, the lead author of its annual report on banks’ financing of fossil fuels. “It’s something that hasn’t happened in the U.S.”
But, she added, the transition plans are not mandatory yet, and the British government has said it would let the market decide if the plans were adequate or credible.
“We haven’t seen the market be a good judge on many things on climate,” she said.
There are other ways Britain might struggle to meet its goals. Before the transition plans become mandatory, the government is setting up a task force to determine what a good plan looks like. It is not expected to report back for another year, even though some international groups have already provided guidance on transition plans, delaying mandatory reporting. And the government has explicitly stated that these transition plans are not designed to ban investments in carbon-intensive activities.
“The rules are all about disclosure — and disclosure is very helpful — but it’s not in and of itself going to solve anything,” said Chris Stark, CEO of the Committee on Climate Change, a watchdog funded by the British government to advise lawmakers on environmental policies.
“But I think it is an important first step to then have more action,” said Stark, whose group recommended that Britain commit to being a net-zero-aligned financial center.
Britain is one of several countries trying to reach climate goals using financial regulations. But advocates say that to be a leader of this group, which also includes France, more needs to be done.
“If you’re really serious about being a net-zero-aligned financial center, then you’ve got to move to mandatory reporting really quickly,” said Bethan Livesey of ShareAction, a British charity. “And you’ve got to have an accountability mechanism in there.”
The transition plans also need to show investments in sustainable-energy and green projects, said Chris Dodwell of Impax Asset Management, a former climate negotiator for the British government. Meeting Britain’s climate goals will require a fivefold increase by 2030 in investments into, for example, electric vehicles and alternatives to gas boilers in houses, according to the Committee on Climate Change.
As the finance industry tries to rewire itself to meet these goals, NatWest’s reputation as a leader faces an imminent test. It is a month away from the deadline it gave big oil and gas companies to provide a credible transition plan — or lose the bank’s lending and underwriting services. Advocates want to know the threat of walking away is real.
The bank has already told some companies that it cannot finance them in the future, based on the information they have provided, said James Close, a former director of climate change at the World Bank who joined NatWest this year to help lead its climate change strategy. He said these companies were coming back to the bank to check that the information was right.
“It’s a conversation — it’s not a kind of one-off decision,” Close said. “And then we’ll have to evaluate.”
While NatWest’s business with oil and gas companies is smaller than some other large British banks, Frijns of BankTrack does not intend to lift the pressure.
“I promise that if at the end of this year we basically see business as usual for NatWest, then they will be the target of campaigning next year just like any other bank,” he said.

Tweets by @forbesindia
Five things to know about hit show 'Money Heist'
Which TV series is the Gen Z and Millennial favourite of 2021?