A study looked at the tastes of 13-to-39-year-olds when it comes to currently airing TV series, in a bid to find out which shows found favour with Generation Z and Millennial viewers this year. 'Squid Gems' tops the list 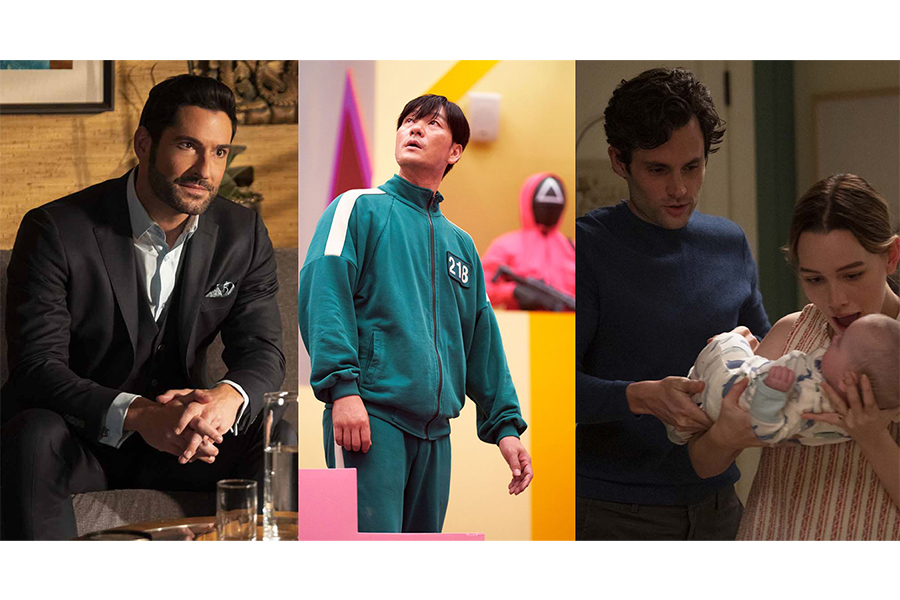 "Lucifer", "Squid Game" and "You" (from left to right) are among the favorite currently airing TV series of Americans and Canadians age 13 to 39.
Image: Courtesy of Netflix

Which TV series is your standout show of 2021? A study looked at the tastes of 13-to-39-year-olds when it comes to currently airing TV series, in a bid to find out which shows found favor with Generation Z and Millennial viewers this year.

It's a Netflix series that has conquered Generation Z and Millennial viewers in 2021. Seeing phenomenal success since its release in September, "Squid Game" takes the top spot in the ranking of favorite currently airing TV series among 13-to-39-year-olds, YPulse reveals in its latest TV and Entertainment Report.

To establish this ranking of the most popular TV series among younger generations, the study surveyed 1,450 people between the ages of 13 and 39, based in the US and Canada, in October 2021.

While "Squid Game" tops the list in North America, the South Korean series also leads the way as the favorite show in Western Europe, ahead of "Money Heist." The Asian drama has impacted the entire world, it seems, influencing everything from fashion to cryptocurrency to gadgets. "Squid Game" even scored a viral trend on TikTok with the recipe for Dalgona Candy. And the good news is that this global hit looks set to get a sequel, as the creator Hwang Dong-hyeok recently announced.

"Grey's Anatomy" takes second place in the ranking. ABC's cult series is obviously still loved by the younger generation. While the first episode was broadcast in March 2005, the creation from the queen of US TV, Shonda Rhimes, is still on the air for its 18th season, becoming the longest-running prime-time medical drama in history on American TV.

Next up, Netflix confirms its leading role with "On My Block," a comedy-drama that was notably praised for its inclusivity and representation of Black and Hispanic communities.

According to the YPulse report, the number of 13-to-39-year-olds paying to access a streaming service has increased from 62% to 66% over the past year.

The Covid-19 pandemic has given consumers time to scour the catalogs of streaming platforms. So much so that research by The Digital Entertainment Group (DEG) revealed that $15.7 billion was spent on "movies and TV shows consumed at home" by Americans during the first six months of 2021.

Still, YPulse points to the enduring appeal of older cult series such as "Friends" and "The Office": "When we ask young viewers what their favorite TV shows are right now, the list is dominated by long-running series no longer in production, including 'Friends,' 'The Office' and 'Supernatural.'"

In 2020, "The Office" rose to become the most-watched series in the United States.