Analysts had expected both sides to adopt tough opening positions on trade, but after decades of membership, Britain is becoming an economic competitor to the EU

By Stephen Castle and Matina Stevis-Gridneff 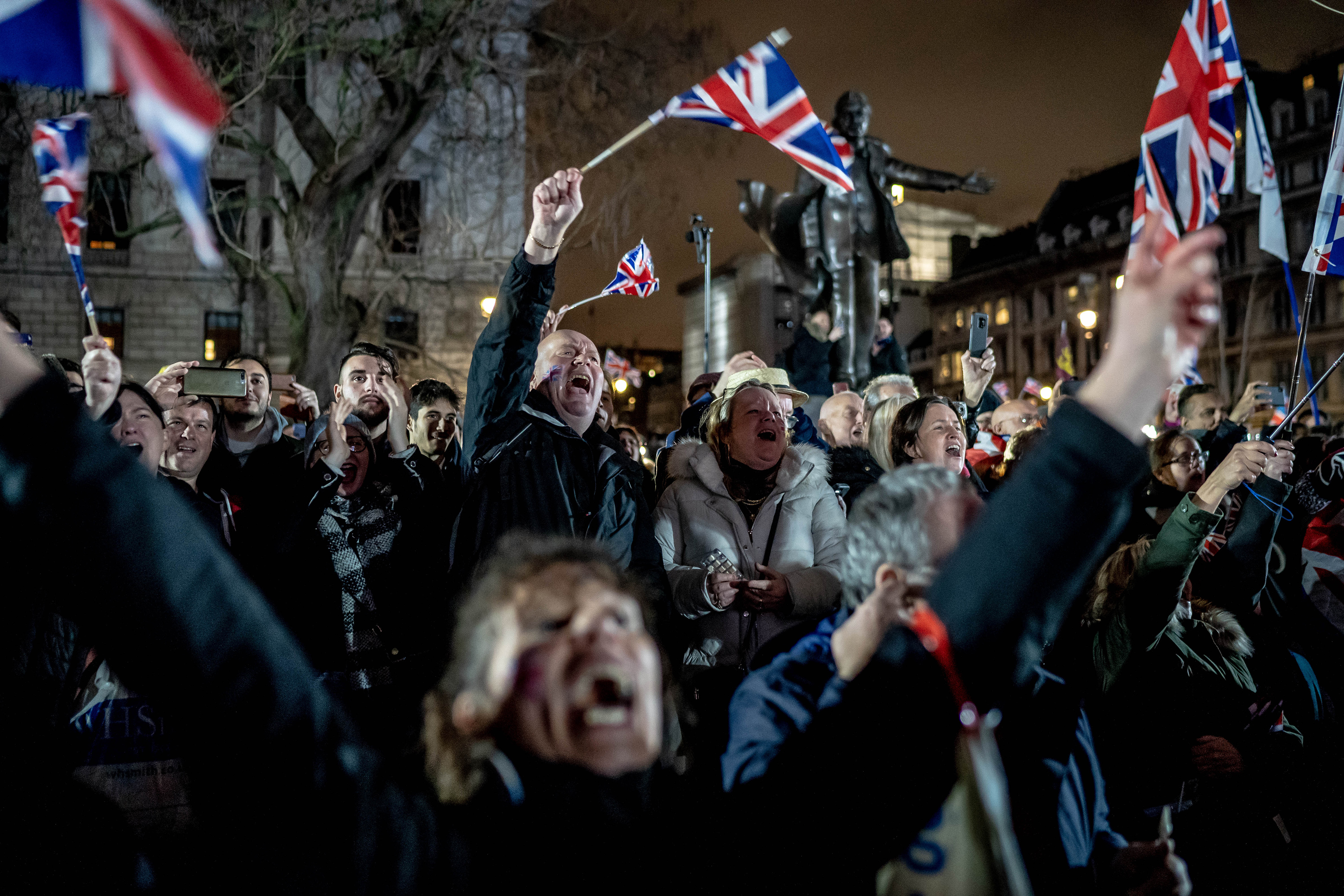 Brexit supporters celebrate in London as the United Kingdom officially left the European Union, Jan. 31, 2020. Three days after the U.K.’s formal withdrawal from the European Union, the two sides are squaring off in the “chest beating” phase of negotiations. (Andrew Testa/The New York Times)

LONDON — Just three days after their formal parting, Britain and the European Union were already at loggerheads Monday over a future trade deal, setting the stage for months of bluster and bickering over how to refashion their economic and political ties.

With Britain’s formal exit from the bloc Friday night, many Britons had hoped to finally put the Brexit nightmare behind them.

But judging by the statements from both sides of the English Channel on Monday, that hope seems likely to be unfulfilled.

In remarks in Brussels, Europe’s chief negotiator, Michel Barnier, adopted a steely tone, insisting that Britain must commit to preventing unfair competition if it wants access to the market of 450 million Europeans without tariffs and quotas.

Prime Minister Boris Johnson responded from London by threatening to walk away from talks if the EU tries to tie Britain too closely to its rules as a price for a free-trade agreement. Johnson also called for an end to “hysterical” fears about American food entering Britain — a reminder to Europeans that he hopes to strike a post-Brexit trade deal with the United States, too.

Analysts had expected both sides to adopt tough opening positions on trade, but after decades of membership, Britain is becoming an economic competitor to the EU. If the combative exchanges Monday are any indication, those discussions will be hard fought and acrimonious.

“This is the early phase, and the chest-beating phase of the negotiation,” said Sam Lowe, senior research fellow at the Centre for European Reform, a research institute in London. “In the next couple of months we will see both sides standing firm and appealing to domestic audiences.”

The idea is to reach not only a free-trade agreement but also deals on other issues involving security and foreign policy. But time is short because Britain wants to wrap things up by the end of the year, a deadline seen as breathtakingly optimistic by many trade experts.

Johnson’s speech to diplomats, business leaders and others in the baroque surroundings of the Old Royal Naval College in Greenwich, south London, was predictably more colorful and political than Barnier’s technocratic news conference in Brussels.

Britain, Johnson said, was “ready to take off its Clark Kent spectacles” and emerge as the Superman of global free trade. 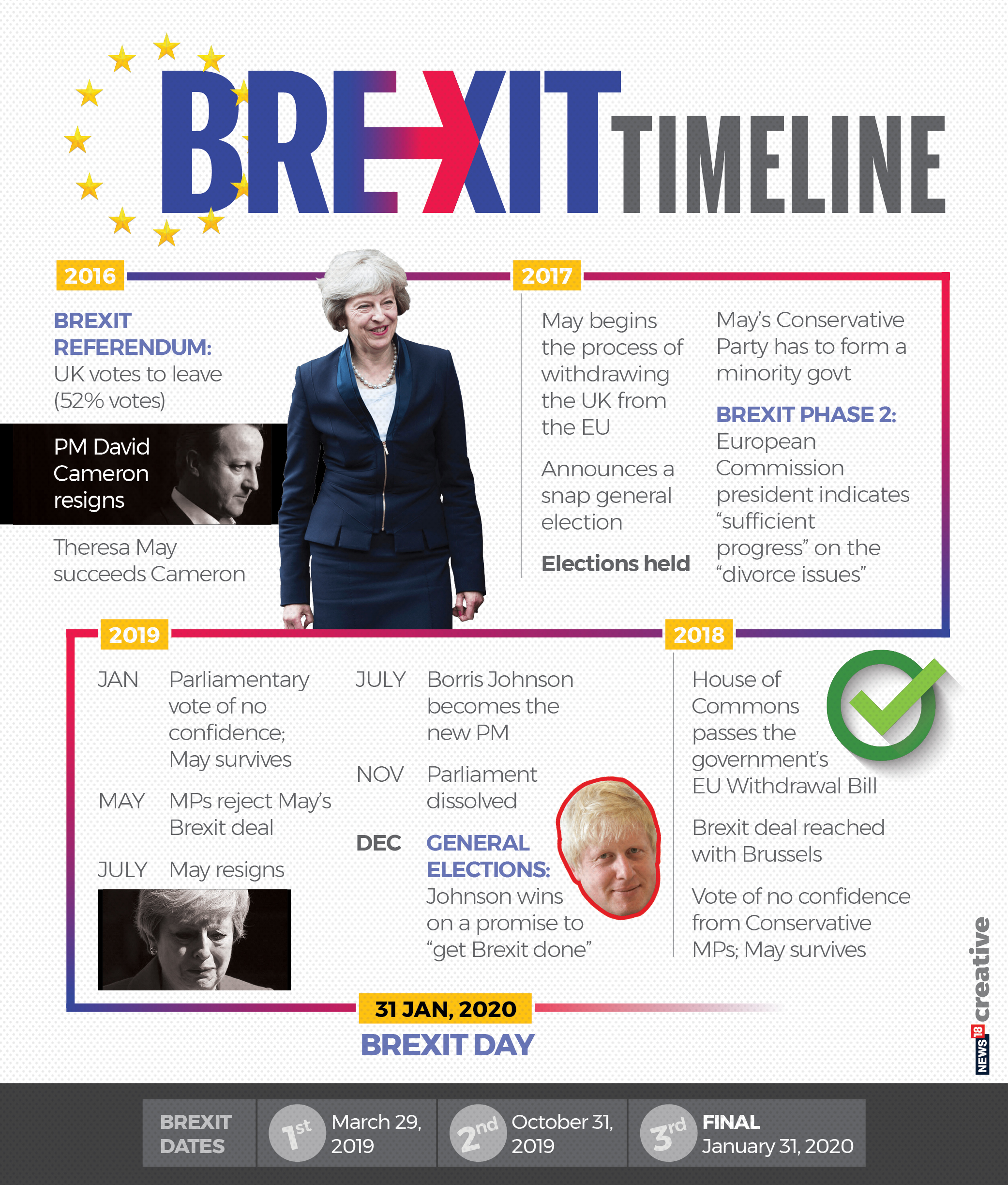 But a critical element of any new trade agreement will be the degree to which Britain continues to abide by many of the bloc’s rules in such areas as labor rights, environmental standards and antitrust rules.

If the British request is “for access to 450 million consumers, zero tariffs, zero quotas, that won’t happen for nothing and without conditions,” Barnier told reporters in Brussels. “We’re in favor of free trade but we’re not going to be naïve.”

He added that Britain had agreed in a political declaration last year to create a “level playing field.”

The EU argues that this is vital to prevent Britain, a relatively large competitor economy on its doorstep, from dropping labor and environmental standards to bring down the price of goods and services. The British protest that such conditions were not imposed on Canada in exchange for its free trade agreement with the Europeans.

“There is no need for a free-trade agreement to involve accepting EU rules on competition policy, subsidies, social protection, the environment or anything similar any more than the EU should be obliged to accept U.K. rules,” Johnson said.

Though Johnson correctly noted that Britain observes higher standards in many of these areas than EU nations, officials in Brussels want those matters agreed to in writing along with arbitration procedures in case of disputes. That could amount to London agreeing to observe some European rules — even if they change — a step the British will certainly resist.

For now, Johnson is hanging tough, arguing Monday that rather than accept alignment with European rules, he would prefer a trading relationship similar to that of Australia, which has no free trade agreement with the EU.

British business wants a deal badly, however, and the pound sterling fell by about 1% on the currency markets after Johnson spoke.

Tweets by @forbesindia
Ethinicity and lifestyle: Strong influencers of hypertension risk
Placing employee wellness at the heart of organizational culture