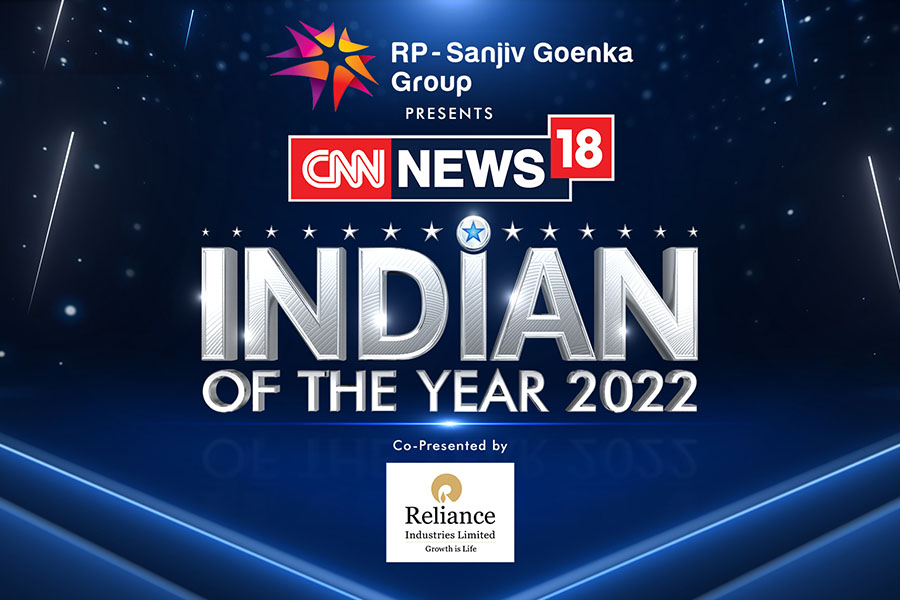 Now in its 12th year, the CNN-News18 Indian of the Year (IOTY) 2022 is set to felicitate Indians, across several categories, whose achievements have brought pride to the country. These include sportspersons, personalities from the entertainment industry, politicians, startup founders, and those working in the field of social change.

To recognise the efforts of individuals who are working to bring about an impactful and sustainable change for the environment, an additional category—Climate Warriors—has been introduced in this edition of the marquee event, which will be held on October 12.

Sharing his thoughts on this ceremony, Zakka Jacob, managing editor, CNN-News18 said, “It delights me to state that we are building upon our legacy and adding new categories to chart the all-encompassing advancement of India in the global arena. Underscoring Indian excellence across six categories, we look forward to a ceremony full of brilliance this time.”

Starting the nomination list in sports this year is Neeraj Chopra, who ended India’s 100-year wait for a medal in track and field at the Olympics, and became the second Indian to win a gold. Former junior world number 1 in badminton, Lakshya Sen, and gold medalist at the 2022 World Boxing Championship, Nikhat Zareen, have also been nominated. The nominations also feature talent from the indoor arena. Table tennis player Achanta Sharath Kamal, with three gold medals and a silver at the CWG, the fifth youngest chess grandmaster and chess prodigy, R Praggnanandhaa, also feature on the list.

Moving on to startups, this year’s nominations in the category include Falguni Nayar of Nykaa, which successfully went public in 2021. Zerodha, a brokerage firm founded by brothers Nithin Kamath and Nikhil Kamath, and edtech platform Physics Wallah, are some more nominees. Zoho, founded by Sridhar Vembu, and food aggregator Swiggy also feature on the list.

In the next category, Social Change, Accredited Social Health Activists or Asha Workers have been nominated for their work on helping marginalised communities access the benefits of various government health care schemes. Hemkunt Foundation, the Gurugram-based NGO that set up facilities with oxygen concentrators during the second wave of Covid-19, along with helping out in the face of adversities across the country, is also on the list. Tajamul Islam, a 13-year-old Kashmiri teen also finds a place among the nominees for opening an academy for sports in the city, along with Dr Shankare Gowda, popularly known as the “Five rupees doctor”, for offering selfless service. Raju Kendre, a 28-year-old resident of Buldhana in Maharashtra, who is on a mission to make higher education accessible for the marginalised, will also be competing against others in the category.

In the newest category—Climate Warriors—there are five nominations. A bus conductor popularly known as the “Tree Man of Tamil Nadu”, Marimuthu Yoganathan, has been listed for his efforts to raise awareness about protecting the environment by distributing free saplings to passengers and planting three lakh saplings in the past 30 years at his own expense. Sumaira Abdulali who has been working to spotlight issues pertaining to noise pollution through her NGO Awaaz Foundation is among the nominees. The third name includes Padma Shri Jamuna Tudu, also known as “Lady Tarzan” for fighting the timber mafia in Jharkhand, followed by Jadav Molai Payeng, who is credited with singlehandedly creating a forest reserve of 550 hectates in Assam’s Majuli island. The youngest nominee, nine-year-old Prasiddhi Singh is on the list for planting thousands of trees in Chennai and creating 28 fruit forests.

The event will also witness celebrated personalities like Sania Mirza and Sonu Sood along with Vice President of India Jagdeep Dhankhar as the chief guest.

The winners of all the categories will be revealed on Wednesday, 12 October 2022, 6 pm onwards, exclusively on CNN-News18.