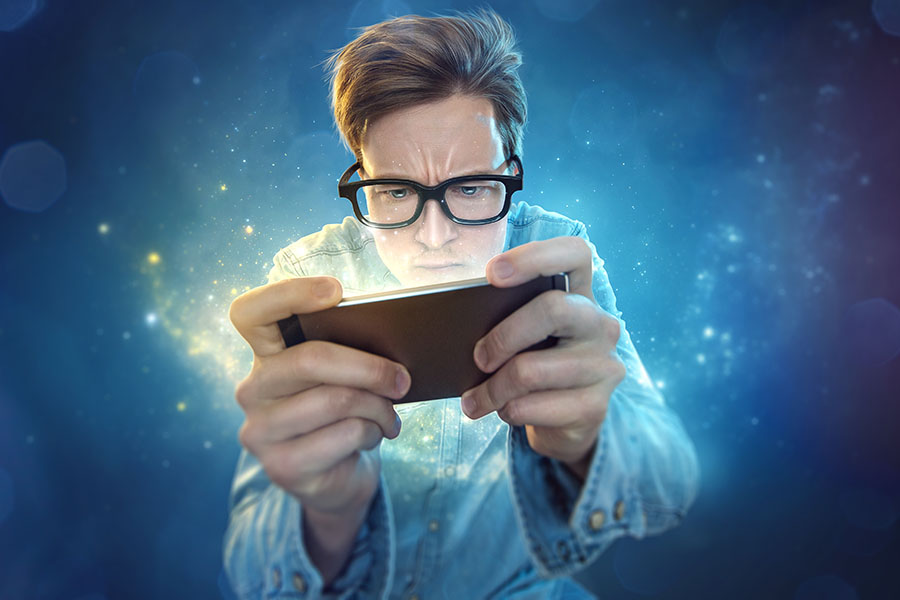 According to a latest study released by InMobi, 98 percent of gaming advertisers have claimed to increase their spends on mobile game apps in the past year Image: Shutterstock

Advertisers are shopping inventory on gaming apps with top of funnel objectives like brand awareness. In a bid to leverage the reach and engagement of these platforms, brands are pushing their mobile advertising budgets. 6 in 10 advertisers have started leveraging mobile gaming advertising only in the last two years – leading to a two-fold increase in ad spends since before the pandemic, as per industry reports.

According to a latest study released by InMobi, 98 percent of gaming advertisers have claimed to increase their spends on mobile game apps in the past year, which shows in the whopping 2X jump in mobile gaming ad spends year on year.

Brands like Vivo, Unacademy, Byju’s, Josh, Nestlé, Pizza Hut and many others have taken to the medium to boost engagements.Also read: How video gamers are resisting a crypto onslaught

However, engagement has not been the only motivation. Anand Jain, Chief Product Officer at SaaS based customer lifecycle management and mobile marketing company CleverTap, says besides being naturally engaging, mobile gaming apps have mastered the art of hyper-personalization by running targeted campaigns unique to each gamer, based on their behavior, location and in-game preferences, which ultimately brings the gamer back for more.

Sidharth Singh, co-founder at digital marketing agency CupShup elaborates on the other benefits of this new chapter added to brands’ marketing playbook.

He says advertising on gaming apps is different but primarily it stands out because of two reasons. “The stickiness of user-time spent by the user on gaming apps is much more than time spent on any other type of app. Secondly, there is an alternate world created inside the app which not only provides multiple options to gauge the user’s attention but it also provides that opportunity multiple times,” Singh says.Explaining with an example Singh adds, “Imagine a user playing a tennis match in the game. Not only is the time spent very high but you can also have your brand integrated on multiple media inventories available at the arena and expose the audience to it multiple times. This wouldn’t be possible for any other digital media inventory.”Also read: Gaming influencers: No child's play

One major drawback with the digital medium was its inability to let users experience the product or service.

“With the advent of gaming and the soon to be unveiled metaverse, this gap will be significantly bridged. Gaming apps are aware of this and hence integrating experiences to maximize the ROI for advertisers,” Singh adds.

There is more. Though it is difficult to get direct sales or leads through gaming platforms, experts say there are other ways in which this medium generates bang for buck.Also read: Why gaming companies are acquiring adtech firms and capabilities

“Mobile gaming apps are able to help in ROI like cost per download, leads and awareness which later helps in acquisitions or conversions. By integrating one’s brand into specific games one can build better brand interaction and provide offers and discounts. hence one would look at brand metrics,” says Suraj Nambiar, National Media Head, Tonic Worldwide.

How gaming platforms are leveling up services and revenues

Gaming platforms are also playing their cards right to attract marketers from across categories. Rooter for instance has 90 percent of their revenue coming from brand monetization, which is close to Rs 3 crore in monthly revenue.

Ayush Aggarwal, chief business officer, Rooter, says they opened up their platform to revenue generation in April 2022, starting with brand monetization as a key growth channel. In just two quarters, they have grown to have over 100 brands across categories like e-commerce, education, food, gaming, consumer technology, automobiles, telecom and more, partnering with them.Also read: What happens when gaming meets finance?

Amazon, Pizza Hut, Godrej, PhonePe, CoinDCX, Unacademy, Byju’s, Chingari and Josh were some of the earliest brands to advertise on the platform.

On an average, they continue to onboard 10-15 new brands every month with some of their most recent additions being HP, TVS Motors, Intel, Flipkart, Philips, Gameskraft, Zupee, Kuku FM, MIVI, Infinix mobiles, ACT, Airtel, AIO Games and XYXX.

Interestingly they have also started engaging with production houses for movie promotions. They recently did a trailer launch for Dobara and a roundtable with Anurag Kashyap, Tapsee Pannu and Jonathan and Ghatak who are two of the top players from India’s leading BGMI based esports team, Godlike.Also read: Urgent need to look at esports from a different lens: JetSynthesys' Rajan Navani

What are the ad tools they provide brands with? Rooter says their biggest assets are their 1 million and growing base of exclusive content creators; they typically offer four models for brand monetization.

“Brand engagement ads occupy the biggest share in our model. Our users are new-age internet consumers, seeking immersive online experiences. We offer a host of engaging formats like banners, videos, reels, and gamification opportunities to our brand partners,” says Aggarwal.

Explaining their performance marketing tool Aggarwal says, “We operate on a CPI (Cost per install/download) model, as part of which we have enabled some of the top digital businesses in the country like Unacademy, Byju’s, Chingari and Josh, Winzo, Tata Neu to drive close to 5 lakh downloads every month”.Also read: Why is esports becoming a significant part of sports marketing in India?

Rooter, however, is not the isolated example of success when it comes to brand monetization.

Anirban Chatterjee, COO and co-founder of OneTo11 says their advertising revenue touched Rs1.6 crore in the last one year. However, with their plans of launching new role-playing games (RPG) such as CricketX and EvolutionX that would have infinite gameplay options, providing opportunities for innovative advertising they expect the number to grow manifold.

OneTO11 is adding a host of innovations to their ad tools kit for brands for better ROI.

“Our focus is advancement of technology and providing better experience to users with innovation in advertising. Thus we are using ADMIX as the ad placement tool. The best thing about using admix is that it is using innovation to place ads within the gameplay and does not interrupt gameplay to show ads to users. It results in subtle advertising that does not require gamers to stop the game that happens with every other advertising partner,” explains Chatterjee.Also read: Dissecting India's gaming pieThe latest addition to their advertising and marketing partnership portfolio would be Wealthy Teds NFT collection and Blade Wallet. Both are global brands active in web 3.0 space where OneTo11 has a huge active user base.

Most preferred ad formats by brands

InMobi’s report Mobile Game Advertising in 2022 says programmatic tops the preference charts of advertisers. As per the report, within the programmatic domain, the Open Exchange is the most popular method and Private Marketplace deals comes a close second. It further says that the most explored formats amongst advertisers on mobile gaming ads include rewarded video, playable ads and interstitials. However, advertisers are keen to explore the relatively newer concept of blended in-game ads that mimic the feeling of real-life sports and games.

Tweets by @forbesindia
CNN-News18 Indian of the Year 2022: Awards to honour sportspersons, climate warriors, social activists, and more
A new layer-3 prototype made by zkSync, which will use recursive scaling, is set for testing in 2023