How influencers hype crypto, without disclosing their financial ties 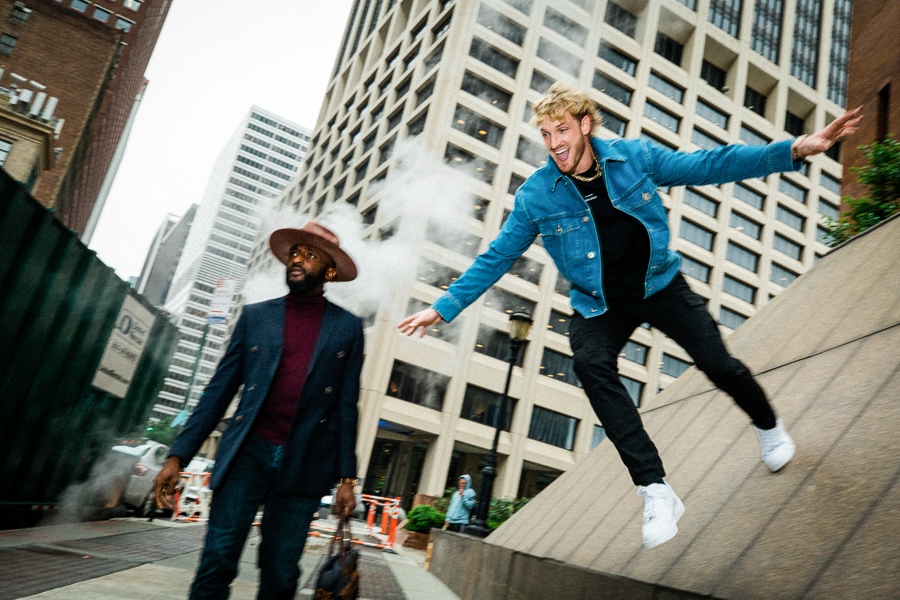 Logan Paul, a 27-year-old boxer and social-media influencer, in New York on May 19, 2022. “I definitely didn’t act as responsibly as I should have,” Paul says of his promotional campaign for the cryptocurrency Dink Doink. (Sinna Nasseri/The New York Times)

Logan Paul had a message for his 6 million Twitter followers: He was “all in” on a new cryptocurrency called Dink Doink.

According to the project’s creator, Dink Doink investors would receive shares of a cartoon character, entitling them to a portion of the proceeds if the googly-eyed figure ever appeared in a TV show or movie. Last June, Paul, a 27-year-old boxer and social-media influencer, praised Dink Doink on Twitter and in a public Telegram chat, before endorsing it again on his podcast, “Impaulsive.”

But by mid-July, the price of Dink Doink had plummeted to a fraction of a cent, and Paul was facing an online backlash. In his endorsements, he had failed to mention some relevant information: He and the project’s creator were friends, and they had come up with the idea for the cryptocurrency together. He had also received a large allocation of Dink Doink coins when it launched.

“I don’t know what went absurdly wrong,” Paul said in an interview. “That’s the project from hell, and I just wiped my hands of that.”

The collapse in crypto prices in May has renewed scrutiny of the celebrity marketers who sell virtual currencies to the masses. Over the last year, actor Matt Damon and comedian Larry David have starred in high-profile TV commercials for crypto platforms, trumpeting digital assets as an unmissable moneymaking opportunity. Those ads drew criticism from crypto skeptics, but they were tied to mainstream companies with hundreds of millions of dollars in revenue.

A far seedier form of crypto promotion has flourished on social media, rife with undisclosed conflicts of interest and exaggerated claims about skyrocketing profits. Celebrity influencers like Kim Kardashian and Floyd Mayweather have made millions of dollars endorsing specific and often dubious crypto investments, urging fans to buy obscure coins that quickly crashed in value, or shilling little-known collections of nonfungible tokens, the unique digital files known as NFTs.

In some cases, promoters like Paul have admitted that they failed to disclose personal or financial ties to projects advertised on their feeds, a potential violation of federal marketing regulations. And even before the crypto market’s recent downturn, a series of these influencer-backed ventures had crashed spectacularly, hurting amateur traders and prompting lawsuits that could force some celebrities to compensate investors for their losses.

“You have this shameless profiteering from celebrities and others, who aren’t at all disinterested or impartial,” said John Reed Stark, a former chief of the internet enforcement branch at the Securities and Exchange Commission. “There is a lot of potential for harm.”

Crypto entrepreneurs hire influencers to push up the value of their digital currencies, hoping to ignite the sort of online hype that briefly turned Dogecoin, a joke currency based on a meme, into one of the most valuable crypto investments.

Some promoters are not well known outside crypto circles but have large followings on social media, where they broadcast market tips, interspersed with sponsored content. Others are major celebrities like Kardashian, who is facing a lawsuit from investors over her marketing of an obscure cryptocurrency called EthereumMax.

The amounts paid to crypto promoters can be astronomical. An NFT project called Hive Investments has been recruiting influencers, offering payments as large as $400,000, according to a presentation reviewed by The New York Times.

Crypto promotion occupies a legal gray area. Under federal law, people marketing securities are required to publicly disclose payments for promotions. In 2018, Mayweather paid more than $600,000 to settle SEC charges that he had failed to properly disclose his compensation for marketing initial coin offerings, the crypto equivalent of an initial public offering on Wall Street. But the rule he broke applies only to securities, like stock in a company, and it is unclear which crypto products meet that legal standard.

Crypto promoters could also run afoul of the Federal Trade Commission’s rules, which require marketers of all kinds to disclose when they have a financial stake in the projects they endorse.

“Companies and the social media influencers of the world view this as the Wild West,” said David Klein, a lawyer in New York who specializes in marketing rules. “The old-world laws still apply, and you have to follow the guidelines. Otherwise, the regulators will come calling.”

Even celebrities who disclose crypto payments have found themselves in legal trouble. Last summer, Kardashian endorsed EthereumMax in an Instagram post with a brief disclaimer at the bottom: “#ad.” Few crypto insiders had heard of EthereumMax, which is different from Ethereum, one of the most popular crypto platforms.

The promotion led to a surge of trading, but EthereumMax’s price soon collapsed. This year, nine traders who had bought EthereumMax sued Kardashian, the project’s founders and other promoters, including Mayweather and former basketball star Paul Pierce, accusing them of disguising their control over EthereumMax tokens and circulating “misleading” advertisements.

According to the lawsuit, Pierce received more than 15 trillion EthereumMax tokens in exchange for tweets endorsing the coin. None of the tweets excerpted in the lawsuit mentioned a business relationship with the token’s creators. Shortly after promoting the project, the lawsuit claimed, Pierce sold his tokens — an apparent “pump and dump” operation in which he profited by encouraging fans to buy the tokens, before selling his own holdings at a higher price.

A lawyer for Kardashian said the suit’s allegations “lack merit.” Mayweather, Pierce and the project’s founders did not respond to requests for comment.

As crypto prices have crashed, investors have also turned on lower-profile influencers who post sponsored content on social media. Ben Armstrong, a crypto influencer with almost 1 million Twitter followers, runs a YouTube channel where he discusses market trends and talks up his favorite projects. He used to charge startup founders $40,000 for a YouTube interview, but discontinued the service this year after his price sheet was posted publicly by an influential crypto sleuth.

Some of the projects that Armstrong promoted were small-time, experimental crypto ventures that eventually encountered problems. In those cases, he said, he considered himself a victim, too.

“They’re preying on the novice crypto influencer who just got popular and is trying to figure out what they should and shouldn’t be doing,” he said. “It’s hard to go from 12,000 followers to a million in one year and make all the right decisions.”

The recent crypto crash “will definitely weed out the weak,” Paul said. But he added that it had also made him rethink some of his promotions, after he personally lost $750,000.

“I don’t want anyone to feel like they’ve been screwed because of any sort of move they’ve made because of me,” he said.

Tweets by @forbesindia
Terraform Labs' Employees Probed For Intentional LUNA, UST Price Manipulation
Why China is miles ahead in a Pacific race for influence