The expected merger between the two L&T Group companies was announced Friday last, with one small surprise. LTI CEO Sanjay Jalona is leaving 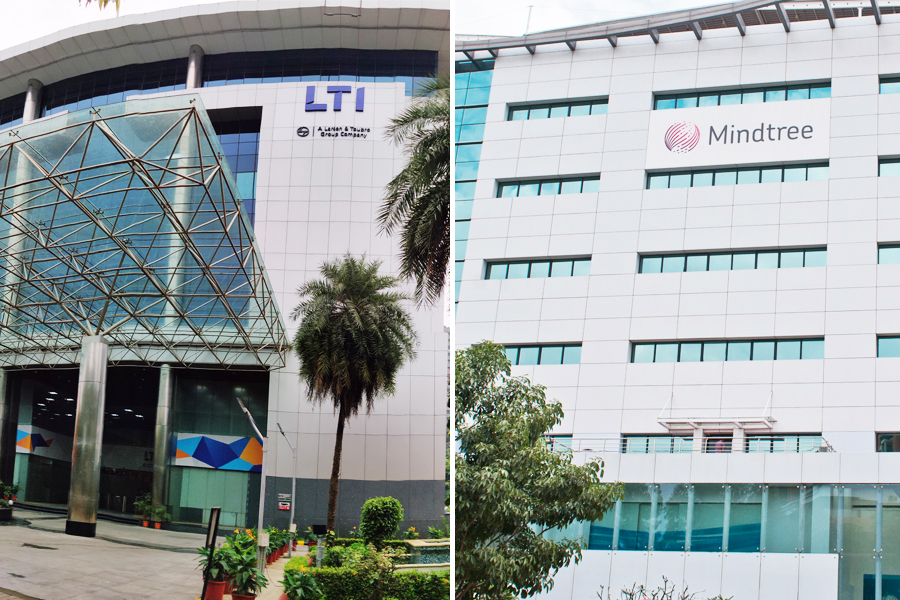 Larsen & Toubro Infotech (LTI) and Mindtree will merge to form a larger IT services company that could be more capable of challenging bigger rivals for digital transformation contracts and global talent as the demand for tech services rises.The combined entity is to be called LTIMindtree, the L&T group companies told the stock exchanges on Friday, May 6, after markets hours in Mumbai. Mindtree shares were little changed in early Mumbai trading on Monday, while LTI’s stock price rose as much as 3.5 percent to Rs4,746.9.LTI CEO and MD Sanjay Jalona, a former Infosys executive who took LTI public six years ago, and is widely seen as responsible for its bigger play today, has resigned. Debashis Chatterjee, a former senior executive at Cognizant Technology Solutions, who joined Mindtree as CEO and MD in August 2019, after L&T group acquired the Bengaluru company, has been named to lead the combined entity.LTIMindtree would become India’s sixth biggest IT services company by revenue, with combined sales of more than $3.5 billion for the year that ended March 31, 2022. The combined entity would be the fifth biggest IT company by market cap, at $18.3 billion, surpassing Tech Mahindra’s $16.2 billion, as things stood on Friday. Tech Mahindra remains larger, by revenue, with annual sales of over $6 billion.LTI and Mindtree together, had profit after taxes of $530 million, cash of nearly $1 billion, and headcount of 82,000 at the end of FY22. And this is part of the rationale for the merger, that, especially after the Covid-19 pandemic, customers are favouring vendors who can handle larger, ‘end-to-end’ digital transformation contracts to accelerate their move to the cloud model.They are also looking for tech services providers who can help them get more out of data analytics, AI and machine learning at scale. “Over the past year, both entities have been in sync or converged—on growth, margin, valuations, and even attrition,” Apurva Prasad and Amit Chandra, institutional research analysts at Mumbai brokerage HDFC Securities said in a note to clients on May 7. “We estimate the combined entity to grow at 1.5x tier-1 IT peers, with an upward bias on margins and synergies,” they wrote.The merger is expected to take between nine and 12 months. Shareholders of Mindtree will be issued shares of LTI at the ratio of 73 shares of LTI for every 100 shares of Mindtree. The new shares of LTI so issued will be traded on the National Stock Exchange and Bombay Stock Exchange. Larsen & Toubro Limited will hold 68.73 percent of LTI after the merger, the company said in an investor presentation.

LTI and Mindtree are complementary in the verticals they serve, with limited overlaps in the large revenue segments such as financial services and communications and tech, the analysts point out. The companies have diversified service offerings that can help the combine get better rates from customers, and there are potential “revenue synergies” via cross-selling opportunities with a combined client base of about 750 customers, they write.At a time when the talent market has become white hot, the combine will also be better-placed to hire the recruits it needs, competing against much larger rivals. There may also be some operational cost reductions, the analysts write, upgrading their rating for both LTI and Mindtree to ‘buy’ from ‘add’ earlier. The ratings differ based on the increase in the stock price over a set period of time, as estimated by the analysts.A ‘buy’ rating suggests a higher return versus an ‘add’ rating.There are, of course, risks too. “In our opinion, there are risks of senior level and high-performer attrition in a tight supply market and client attrition in short cycle deals, with possibility of increased competition,” the analysts at HDFC Securities write. Under Jalona, over the last six years, LTI more than doubled its revenue to $2.1 billion. In FY22, the company added $432 million in revenue, growing almost 26 percent over the previous fiscal year.Jalona is leaving for “personal reasons,” according to the company’s press release, but the timing suggests otherwise. His last day at LTI is currently being discussed.“While LTI’s CEO exit may be construed as a risk, let’s not miss an equally high CEO approval score as well as a track record of Mindtree’s turnaround,” the analysts write, referring to Chatterjee, who was previously president of global delivery and global leader for the digital systems and technology practice at Cognizant.On Chatterjee’s watch, Mindtree is widely seen to have made a successful transition to being an L&T group company from being led by the company’s founders, who exited the company after it was acquired by L&T. In FY22, Mindtree added $334 million, growing 31 percent over the previous fiscal year.Mindtree’s stock price has increased 380 percent from Rs704.6, the closing price of August 2, 2019, the day Chatterjee’s appointment was announced, to Rs3,380.9, the closing price on May 6, before the announcement of the merger with LTI. In the same period LTI’s stock has increased 203 percent, from Rs1,514.95 to Rs4,584.5.The analysts add: “While the near-term noise may create volatility, the foundation for ‘tier- 1’ IT growth leadership has been set.”

Tweets by @forbesindia
Bring your dogs to work, Canadian offices say as work from home ends
US Senate to vote Wednesday on abortion rights bill