Are eight billion humans too many for planet Earth? As we reach this milestone on November 15, most experts say the bigger problem is the over consumption of resources by the wealthiest residents 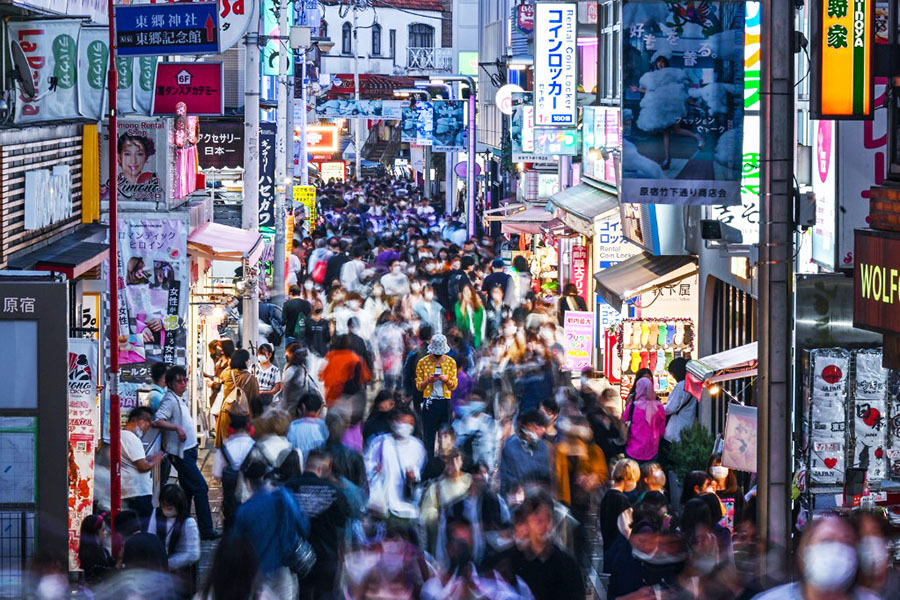 The global population will breach the symbolic level of 8 billion on November 15, according to the UN. The milestone comes as questions are increasingly being raised about the measures needed to adapt to global warming, as well as about how humanity consumes Earth's resources. Image: Richard A. Brooks / AFP

Are eight billion humans too many for planet Earth? As we reach this milestone on November 15, most experts say the bigger problem is the overconsumption of resources by the  wealthiest residents.
"Eight billion people, it is a momentous milestone for humanity," said United Nations Population Fund chief Natalia Kanem, hailing an increase in life expectancy and fewer maternal and child deaths.
"Yet, I realize this moment might not be celebrated by all. Some express concerns that our world is overpopulated. I am here to say clearly that the sheer number of human lives is not a cause for fear."

So, are there too many of us for Earth to sustain?
Many experts say that this is the wrong question. Instead of the fear of overpopulation, we should focus on the over-consumption of the planet's resources by the wealthiest among us.
"Too many for whom, too many for what? If you ask me, am I too many? I don't think so," Joel Cohen of Rockefeller University's Laboratory of Populations told AFP.
He said the question of how many people Earth can support has two sides: natural limits and human choices.

Our choices result in humans consuming far more biological resources, such as forests and land, than the planet can regenerate each year.
The over-consumption of fossil fuels, for example, leads to more carbon dioxide emissions, responsible for global warming.
We would need the biocapacity of 1.75 Earths to sustainably meet the needs of the current population, according to the Global Footprint Network and WWF NGOs.
The most recent UN climate report mentions population growth as one of the main drivers of an increase in greenhouse gases. However, it plays a smaller role than economic growth.
"We are stupid. We lacked foresight. We are greedy. We don't use the information we have. That's where the choices and the problems lie," said Cohen.
However, he rejects the idea that humans are a curse on the planet, saying people should be given better choices.Also read: Nile is in mortal danger, from its source to the sea"Our impact on the planet is driven far more by our behavior than by our numbers," said Jennifer Sciubba, a researcher at the Wilson Center, a think tank.
"It's lazy and damaging to keep going back to overpopulation," she added, as this allows people in wealthy nations, who consume the most, to cast the blame for the planet's woes onto developing countries where population growth is highest.
"Really, it's us. It's me and you, the air conditioning I enjoy, the pool I have outside, and the meat I eat at night that causes so much more damage."
If everyone on the planet lived like a citizen of India, we would only need the capacity of 0.8 Earths a year, according to the Global Footprint Network and WWF. If we all consumed like a resident of the United States, we would need five Earths a year.
The United Nations estimates that our planet will be home to 9.7 billion people by 2050.

One of the trickiest questions that arise when discussing population is that of controlling fertility. Even those who believe we need to lower the Earth's population are adamant about protecting women's rights.
Robin Maynard, the executive director of the NGO Population Matters, says there needs to be a decrease in the population, but "only through positive, voluntary, rights-respecting means" and not "deplorable examples" of population control.
The NGO Project Drawdown lists education and family planning among the top 100 solutions to halt global warming.
"A smaller population with sustainable levels of consumption would reduce demands on energy, transportation, materials, food, and natural systems."
Vanessa Perez of the World Resources Institute agrees that "every person that is born on the planet puts additional stress on the planet." Also read: Emancipation, racism, societal expectations: When hair becomes symbol of women's struggles
"It is a very thorny issue," she said, adding that we should reject "this idea that the elite capture this narrative and say we need to cap population growth in the South."
She believes the most interesting debate is not about the number of people but "distribution and equity."
Cohen points out that even if we currently produce enough food for 8 billion people, there are still 800 million people who are "chronically undernourished."
"The concept of 'too many' avoids the much more difficult problem, which is: are we using what we know to make the human beings we have as healthy, productive, happy, peaceful, and prosperous as we could?"

Tweets by @forbesindia
Why convenience is key for post-pandemic travel
Photo of the day: COP27: Climate conversations