Driven by security and privacy concerns, as well as economic interests and authoritarian and nationalistic urges, governments are increasingly setting rules and standards about how data can and cannot move around the globe

By David McCabe and Adam Satariano 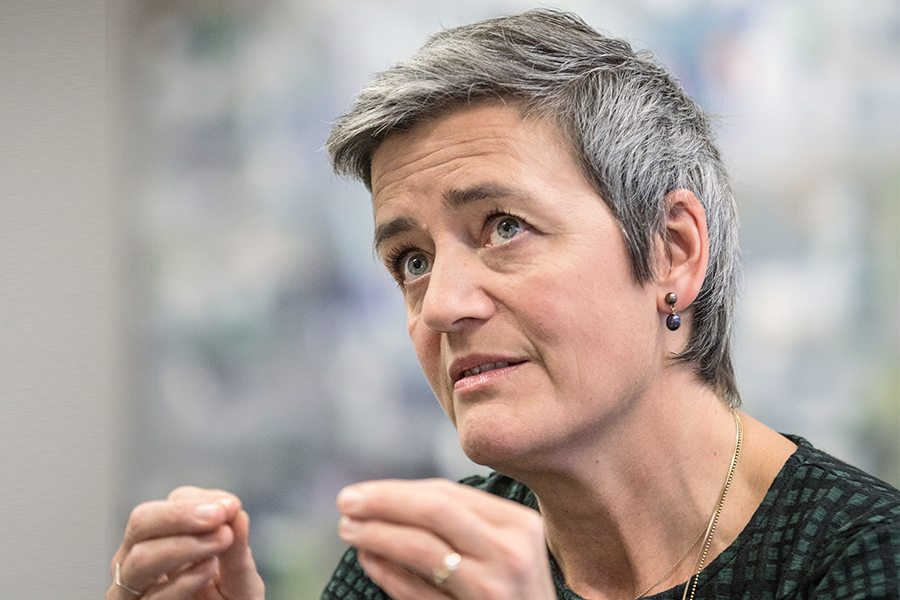 Margrethe Vestager, the European Union’s top antitrust enforcer, in Brussels on Nov. 11, 2019. Nations are accelerating efforts to control data produced within their perimeters, disrupting the flow of what has become a kind of digital currency. (Credits: Ans Brys/The New York Times)

Every time we send an email, tap an Instagram ad or swipe our credit cards, we create a piece of digital data.
The information pings around the world at the speed of a click, becoming a kind of borderless currency that underpins the digital economy. Largely unregulated, the flow of bits and bytes helped fuel the rise of transnational megacompanies like Google and Amazon and reshaped global communications, commerce, entertainment and media.
Now the era of open borders for data is ending.
France, Austria, South Africa and more than 50 other countries are accelerating efforts to control the digital information produced by their citizens, government agencies and corporations. Driven by security and privacy concerns, as well as economic interests and authoritarian and nationalistic urges, governments are increasingly setting rules and standards about how data can and cannot move around the globe. The goal is to gain “digital sovereignty.”
Consider that:
— In Washington, the Biden administration is circulating an early draft of an executive order meant to stop rivals such as China from accessing American data.
— In the European Union, judges and policymakers are pushing efforts to guard information generated within the 27-nation bloc, including tougher online privacy requirements and rules for artificial intelligence.
— In India, lawmakers are moving to pass a law that would limit what data can leave the nation of almost 1.4 billion people.
— The number of laws, regulations and government policies that require digital information to be stored in a specific country more than doubled to 144 from 2017 to 2021, according to the Information Technology and Innovation Foundation.
While countries like China have long cordoned off their digital ecosystems, the imposition of more national rules on information flows represents a fundamental shift in the democratic world and alters how the internet has operated since it became widely commercialized in the 1990s.
The repercussions for business operations, privacy and how law enforcement and intelligence agencies investigate crimes and run surveillance programs are far-reaching.

Tweets by @forbesindia
Rainmatter Foundation: When bias is good
How climate change is fuelling a heat wave in India and Pakistan