Duflo on why the response to Covid-19 by wealthy countries left her pessimistic, and how inequality can make fighting climate change "a political problem from hell" 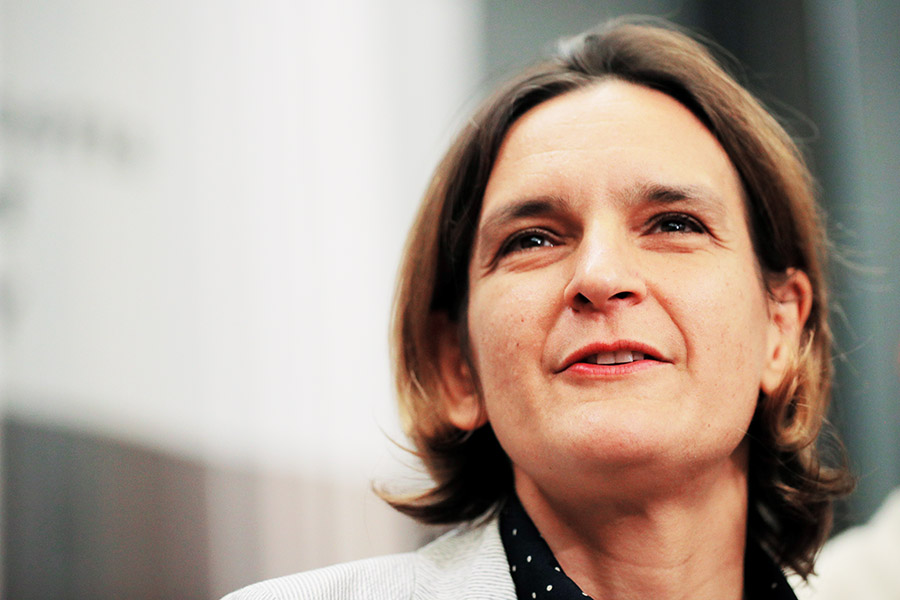 A file photo of Esther Duflo, one of the three winners of the 2019 Nobel Prize in Economics Image: Brian Snyder /Reuters

For Esther Duflo, a worrying sign of how wealthy nations will manage the climate crisis and its impact on poor countries was evident in how the world reacted to the COVID-19 pandemic.

“With COVID, the pressure on rich countries was that if we don’t vaccinate in India, it’s going to come back to hurt us,” Duflo, a leading development economist, said in a recent video interview. “And even then we were not able to do it.” The global vaccine rollout has left her increasingly pessimistic about the likelihood of global cooperation on climate, she said.

Duflo, 49, has spent her life studying the impact of economic and social policies on the poor. Born in France, she became the youngest winner of the Nobel Memorial Prize in Economic Sciences in 2019. She co-founded and is co-director of the Abdul Latif Jameel Poverty Action Lab at MIT, which coordinates the work of 700 to 1,000 researchers around the world.

She has been pivotal in promoting the use of randomized control trials to identify development policies and programs that work, and she supports a similar approach for climate change initiatives.

Duflo will be speaking at The New York Times Climate Forward conference on Tuesday about the connection between inequality and climate change.

She talked about why inequality can make fighting climate change “a political problem from hell.”

This conversation was edited and condensed.

Q: What impact will climate change have on global inequality?
A: The responsibility for the emissions that lead to climate change rests mainly with rich countries and their consumers, but the cost is mainly going to be borne by citizens in poor countries. I think climate change could actually undo a significant part of the progress we’ve made over the last 30 years in reducing extreme poverty. In the poorer countries and in some places it is going to be absolutely dramatic. We have already seen the flooding in Pakistan, Bangladesh will find itself under water and a part of India might become impossible to cultivate.

Q: Has the global response to the pandemic left you less confident about rich and poor nations pulling together to respond to climate change?
A: It has left me less confident, because it seemed to me that COVID was a relatively simple issue to tackle and we failed the test. Rich countries could have agreed on a financial package for the poor nations, so they could help their citizens. But it didn’t happen, so the rich nations spent about 24% of their GDP [gross domestic product] in fiscal stimulus measures but the poor nations only had 2% to spend. It would have been a drop in the bucket for the rich countries to help the poor nations spend the same proportion of GDP because their GDPs are much smaller.

The second thing that didn’t happen was the fast distribution of vaccines around the world. Instead the rich countries bought all the doses for themselves. So what are the chances of success when you think of something as complicated as climate change, which involves new ways of production, technology transfers, solutions that need to be invented, and a longer time horizon?

With climate change it is not as obvious to people in the rich countries that by helping the poor countries we are helping ourselves. That makes it even harder to act so I think that makes it a political problem from hell.

Q: Many believe there is an inherent conflict between the goals of fighting climate change and promoting development, as economic growth has traditionally meant greater consumption and higher carbon emissions. Do you see it that way?
A: I think that there is some tension, particularly if developing countries want to emulate exactly the model that we followed. India, for example, sees it as their right to use coal if they want to use coal, and that’s going to increase emissions. But one thing that ameliorates this tension is India’s concern for its own quality of life because CO2 emissions cause other pollution problems that kill people. That can help to sell the argument that it is better to grow in a way that maintains relatively cleaner air and fewer emissions.

Q: Your approach of using randomized control trials to test the effectiveness of development initiatives is now widely accepted. Given the urgency of the climate crisis do we have time for this approach?
A: Well, what’s the alternative? It is to do all sorts of stuff that doesn’t work. For example, one response that France has for climate change is to weatherize houses [for instance, with better insulation]. But there was a study done in the U.S. about government weatherization programs that showed that it basically doesn’t produce any impact. So before spending all of your climate budget to insulate homes, you might want to know whether that is going to work or not.

When I started working on randomized evaluation in poverty 25 years ago, people said, “Oh, we have no time, we have to move forward.” But how much time have we wasted by spending money on stuff that doesn’t work? It’s the same with climate.

Q: So how can governments convince lower income earners that climate action will not be at their expense?
A: That’s the rhetorical fight that has to be fought. I think the Inflation Reduction Act that was passed in the U.S. goes a long way in that direction by taking the emphasis off carbon tax, which people see as basically a way of taxing gasoline and therefore their way of life. And moving instead to investments in renewables, in infrastructure, in public transport, which create jobs while helping people move toward a lifestyle that’s more respectful of the planet.

Q: What is the impact of the belief that technology will save us so we don’t have to tell voters that they need to make uncomfortable changes?
A: The bad news is that we will need an adjustment of behavior. The good news is that adjusting behavior is not that hard. People are creatures of habit, and when they start new habits they will get used to it. We can change and it doesn’t have to be painful.