Kaise Banega Crorepati: We Tell You How 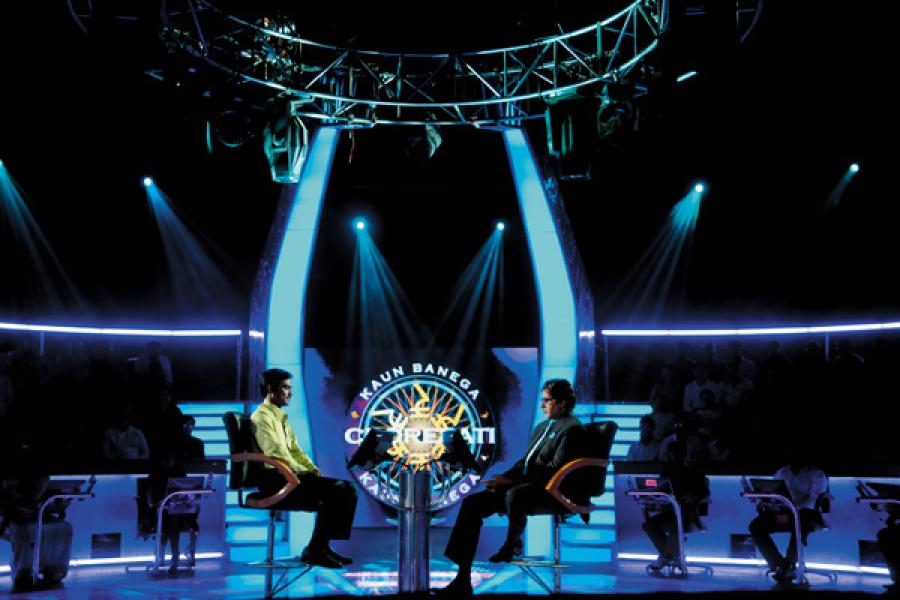 The deep baritone is playful and teasing. “Confident? Lock kiya jai?” it asks. These are life-changing questions. The Kaun Banega Crorepati ­- season  five contestant needs to understand some very interesting ‘lifelines’ that the game offers and also know what to do when there are no lifelines left. This requires a little bit of probability theory. Not to worry, help is at hand.

Get the Expert to the Rescue
When in doubt ask the expert. Replacing the ‘Flip the Question’ lifeline with the ‘Ask an Expert’ lifeline is actually an audience–friendly move on the part of the game show designers. When one question is flipped for another, there is no assurance that the second question will be easier for the contestant.  On the other hand, ‘Ask an Expert’ allows the contestant to consult an expert, who could be anyone from a celebrity to a previous KBC contestant. Given the person’s expected expertise in the field, the probability of their getting that answer is definitely much higher than 25 percent and probably close to one (i.e. 100 percent).

‘Double Dip’ Only When in Two Minds
Double Dip allows a contestant two shots at getting the answer. Double Dip replaces the 50:50 lifeline of the earlier seasons in which the computer erased two wrong answers on a random basis. From a probability point of view nothing changes. Both 50:50 and Double Dip give the contestant 0.5 probability of answering the right question. However, the Double Dip is better when a contestant is half-sure. Let us say he has to answer which batsman has the fourth highest test match average in the world. The choices are a) Sachin Tendulkar, b) Don Bradman c) Jacques Kallis and d) Michael Hussey. Now the half-sure contestant knows the fourth spot is either Hussey or Kallis. This is much better than if the computer had erased Bradman and Tendulkar and left the contestant one attempt to choose between Hussey or Kallis!

Discretion is the Better Part of Valour
There comes a time in many contestants’ lives when he has answered six questions correctly and won Rs. 1.6 lakh but has no lifelines left. He wants to go for the seventh question which would allow him to win Rs. 3.2 lakh and reach the second milestone of the game. He is faced with three possible outcomes: To leave with Rs. 1.6 lakh, to answer the question for Rs. 3.2 lakh incorrectly and lose Rs. 1.5 lakh (coming down to the first guarantee point of Rs. 10,000) or in the best scenario, finish with at least Rs. 3.2 lakh.

Should he risk it? The answer again depends on a probabilistic construct called ‘expected value’.  The expected value is the amount, on average, a contestant can expect to win.

Since this number is nearly half of guaranteed winnings, unless the contestant is really sure of the next answer or is a gambler, he should leave the table with Rs 1.6 lakh.

Tweets by @forbesindia
Amitav Ghosh's Next Book
J.J. Irani: Tatas Get Sanction Only On Merit