Learning From The Past: Market Trends

Retail investors have often been caught investing at the peak of bull markets. Latest data shows they are becoming smarter

Mutual fund managers will scratch their heads when they look at the graphic on this page. The retail investor confused them in 2010. Fund managers used to view retail investors as simplistic individuals who would follow the herd. When the market would rise, the net inflow of funds would rise. When the market fell, the result would be a net outflow. But, since January 2010, net inflows were negative when the market rose (see graphic) and inflows rose when the market fell. Since June 2010, net inflow was always in the negative, even as markets rose 17 percent. Except in December when Rs. 927 crore entered the industry. 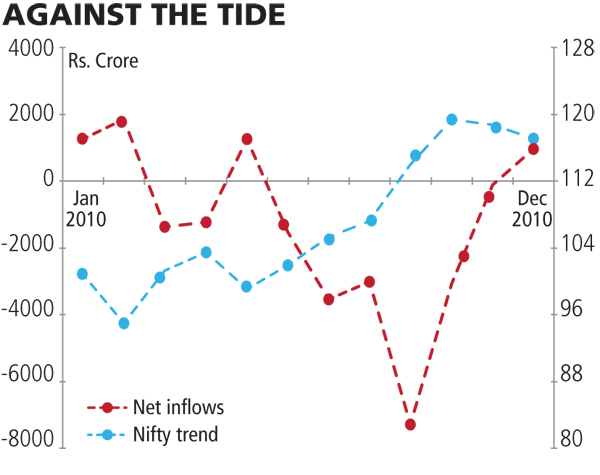 In 2008, there was a strong positive correlation of 60 percent between inflows and market movement. High markets resulted in higher inflows. This has reversed in 2010. Even if the markets went up, investors decided not to participate in the rally and the correlation turned negative at around 40 percent. At a P/E of around 23, Indian markets are surely overvalued and investors seem to have taken cognisance of this. 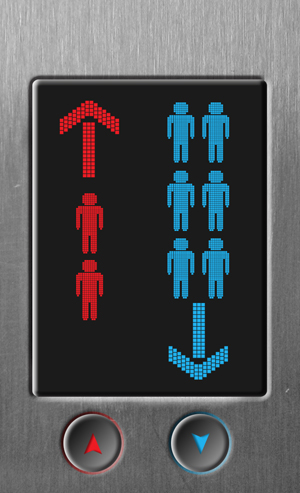 Investors have found other instruments to park their funds. The Coal India IPO was oversubscribed 15.28 times and managed to collect Rs. 2.36 lakh crore, more than 15 times the target of Rs. 15,500 crore. Many investors also diverted their equity portions into Gold ETFs as gold prices soared. Gold went up by 21 percent over the past one year. There were others who wanted to take a bite on higher interest rates and moved into fixed deposits and other debt related funds.

Another reason for a lack of interest in mutual funds is the Securities and Exchange Board of India (Sebi) order in September 2010 that banned entry loads on mutual funds. “Distributors decided not to sell mutual funds after the SEBI ban on entry loads. This has affected the industry and it will take some time before things get back to normal”, says Prem Khatri, CEO, CafeMutual, an information company.

Why then the aberration in December? “The markets have been really flat over the past few months. Investors will now again start looking at mutual funds seriously. Again, distributors are showing interest in selling funds but all this will take time. It will be a long time before we see the inflows of 2008. Surely not in the near future”, said the CEO of a large mutual fund.