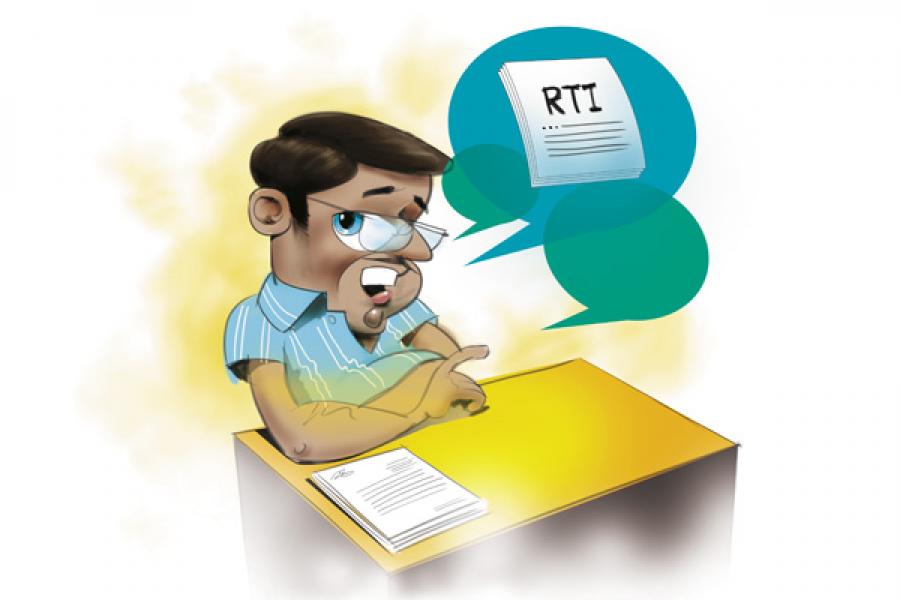 In August 2011, the Supreme Court made an observation which had some unintended consequences on the Right to Information (RTI) process. The judgement by Justice R.V. Raveendran is turning out to be a seemingly legitimate excuse for government officials to restrict information.

Aditya Bandopadhyay went to court when the Central Board of Secondary Education declined to provide his examination answer sheets under the RTI Act. While the court allowed access to answer sheets, it also observed that the cherished right to information should not affect administrative efficiency.

In his judgement, Justice R.V. Raveendran said: “The nation does not want a scenario where 75 percent of the staff of public authorities spends 75 percent of their time in collecting and furnishing information to applicants instead of discharging their regular duties. The threat of penalties under the RTI Act and the pressure of the authorities under the RTI Act should not lead to employees of public authorities prioritising information furnishing at the cost of their normal and regular duties.” Government officials are now using this excuse with increasing frequency saying that even the court agrees. Central Information Commissioner Shailesh Gandhi says 75 percent government staff spending 75 percent of their time on giving information would mean 56 percent (0.75 X 0.75) of their total time spent only on replying to RTI queries. 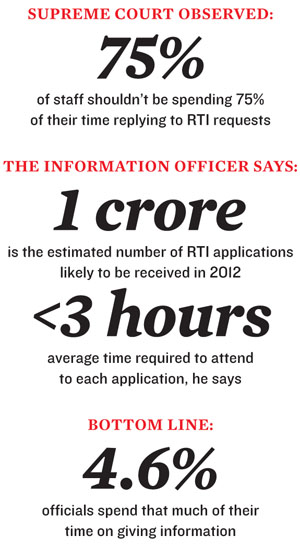 Gandhi says that at the most optimistic estimate not more than one crore RTI applications are likely to be received by all public authorities across the country in 2012. The average time to attend to each would be less than three hours. That means no more than three crore hours spent by all officials.

Assuming that an average government employee works for just six hours a day for 200 days a year, it would mean he would work for a total of 1,200 hours in a year. That means 25,000 (3 crore divided by 1,200) employees would be required full time. The Centre and all state governments have about 1.2 crore employees. So, the total time spent by government employees on replying to RTI queries would be 0.208 percent (25,000 divided by 12,000,000).