CP Gurnani: It's been a year of basking in the global limelight 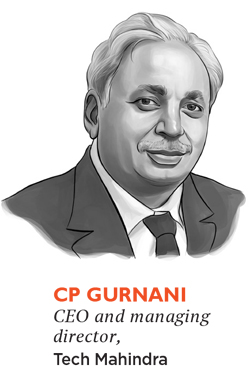 India is currently in the global spotlight. While there are several factors that have contributed to this worldwide interest—ranging from the demographic dividend to the vast consumer base—it is evident that there is significant change in the business mood towards India.

Though contributory factors are many, one that stands out is the newly acquired collective interest in India’s leadership. After the Lok Sabha elections last year, and the mandate to the current government, there is a wind of energy that is palpable. I cannot recall another example in recent times where an Asian leader has enthralled the East and the West alike, but perhaps that is the very indicator of the change we seek in global perception.

In the early days, the government had some hope owing to falling inflation due to crashing global commodity prices. Analysts forecast negative inflation rates for the next few months too. Market and investor sentiment has remained high, pushing stock market indices to new peaks. Food prices have remained unchanged despite unseasonal rain, and petrol and diesel prices have fallen steeply ever since the NDA government came to power. The government has also succeeded in getting parliamentary approval for higher FDI in insurance and transparency in coal and mineral mining.

With the proposed 100 smart cities in the country, and Wi-Fi zones across major cities, the Cabinet has managed to win the hearts of the new tech-savvy generation while garnering much-needed international attention. The government has been making it amply clear that it views global business as an integral part of India’s march forward, a message that Indian leaders have, in recent years, been reluctant to articulate. These steps will help achieve the objective of creating a stable economic environment that inspires confidence at home and also abroad. Also, the movement towards becoming ‘Digital India’ is not an ambition but the need of the nation, especially from the point of view of inclusivity.

The last one year has also seen a series of diplomatic engagements and gestures, which went beyond the customary visit and conversations and had a sharp business focus.

It is also progressive when the prime minister does not talk only macro but also looks into the specifics of the micro, whether it is the Swachh Bharat campaign or the Beti Bachao Beti Padhao campaign. 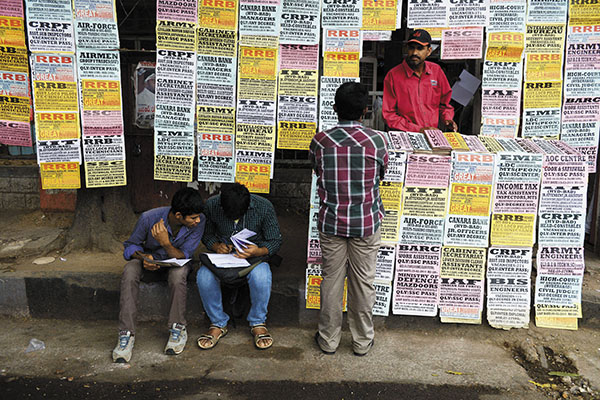 Image: Getty Images
India’s current unemployment level is worrying and, therefore, there is an urgent need to focus on skill development
Manufacturing, the traditional backbone of the economy, has faced a slowdown to which ‘Make In India’ has brought new energy. The recent showcase at Hannover Messe was a compelling pitch to the world.

Another clever move is making visa norms flexible for major countries. It is a definite incentive for those who wish to invest in India and will also boost medical tourism and MICE (Meetings, Incentives, Conferences and Events).

It is also noteworthy to see how the government is promoting yoga, the biggest brand ambassador of the global image that we are trying to portray. It has an Indian origin and universal acceptance.

Looking ahead, there are expectations from the government to launch and implement some of the major plans that have been in consideration. Some feel the steps taken by the government are not adequate and though the government has articulated its macro policies and vision for the next five years, implementation of policies will be the biggest challenge. The country is expecting the government to deliver the promises Modi made during and after the elections. The laundry list included all that India desperately needed: From development, good governance and fighting corruption, to ending poverty, smart cities and a clean country. However, until the government’s optimism converts into revenue, critics will continue to speculate.

The implementation of GST to streamline the tax system is a move that will attract additional investments that the government needs for its development plans. The bill would need the support of the Lok Sabha and consensus from at least half the states. Given the ruling party’s strength in most states, now is an opportune time to present the bill and get it cleared. If cleared, the bill will contribute to the investment climate of the nation and the benefits will percolate to all levels of the economy.

The employability of the youth of a country is the biggest indicator of its economic health. The country’s current unemployment level is worrying; therefore the plans on skill development need immediate attention and measures beyond policy framework. There are several reasons for unemployment and there is no right solution, but a conscious shift in the thought process is required. India is known for its engineering and scientific prowess, but the edge needs to be sharpened and honed. Skill India is an important initiative and needs to be built upon and the focus in education has to return to STEM (science, technology, engineering, mathematics) for the future good of the economy. It is especially critical to sectors such as information technology since they thrive on people talent.

The realisation that India’s domestic progress is linked to how it conducts its foreign policy marks an important moment in an evolving strategic vision. It is heartening to see the resonance of the same in the international sentiment, be it the ratings on stability or staking claim as the permanent member of the UN Security Council.

We, as corporate citizens, walk step by step with the government. This one year has been good, but there is a great milieu awaiting the India of tomorrow. While make-or-break sounds like a cliché, it is indeed India’s time in the world. It is up to each one of us to contribute to the goal of making India the epicentre of development for the next decade. They say, “It’s a jungle out there!” But the lion is the king of the jungle.