Dilip Piramal: Time for more demonstrative action by the govt

There is a strong feeling that the honeymoon is over and that the government has promised more than it can deliver. Far more has to be done to overturn this perception 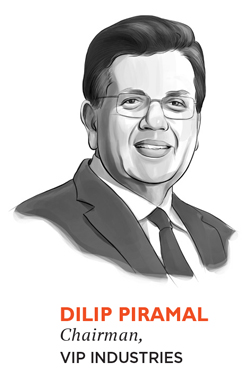 Success can be very fickle. This is evident in Indian politics, where mercurial voters have moved from euphoria and hope to disgruntlement and disappointment in a short span of 10 months.

Around this time last year, a tsunami had struck the Indian political landscape. In May 2014, the Bharatiya Janata Party (BJP) was elected to power at the Centre with 282 seats, giving it a clear majority. The extent of the victory also reflected the popular discontent with the earlier dispensation headed by the Congress party — scams, policy flip-flops and a stagnant economy (marked by high inflation, slowing growth and rising unemployment) scarred the second term of the Manmohan Singh-led government.

While Narendra Modi created history in electoral politics, he also inherited a government in a paralytic state, a system with a yawning governance deficit. The magnitude of Modi’s unprecedented victory has aroused extraordinary expectations from the public, some realistic and some unreasonable.

The Modi government does have some achievements to its credit. Among some of the bold moves are the focus on ‘Make in India’ and ‘Digital India’; a huge emphasis on hygiene and cleanliness through the Swachh Bharat Abhiyan; an all-out drive to achieve financial inclusion through the launch of Jan-Dhan Yojana; increasing the FDI limit for insurance, railways and defence manufacturing; successful auctions of coal mines to the private sector and 3G spectrum to telecom companies. He has also appointed some result-oriented ministers in key ministries like Piyush Goyal in Energy, Suresh Prabhu in Railways and Manohar Parrikar for Defence.

Modi has also exhibited remarkable diplomatic energy by engaging with immediate neighbours first and then expanding his circle of influence to include China, Japan, USA, Russia, Australia, Canada, Germany, France and Brazil. Strategically, his foreign policy seems to be critically aligned with his domestic priorities: Seek investment for infrastructure, manufacturing, innovation, domestic entrepreneurship. With 12 million youth joining the labour force every year, the government has to create enough employment opportunities to absorb them. Modi’s relentless statesmanship has already started yielding some results: China and Japan have announced investments totalling $50 billion in manufacturing and infrastructure.

As the BJP government approaches the 12-month mark, assessments of Modi and his government’s performance have begun in earnest. And rumblings emerging from India Inc indicate a sense of dissatisfaction. There is a strong feeling that the honeymoon is over and the government has perhaps promised more than it can deliver.

One reason for this lacklustre performance can be attributed to the unending cycle of state assembly elections —Maharashtra, Haryana, Jharkhand, Odisha, Andhra Pradesh, Arunachal Pradesh, Sikkim, Telangana, Delhi — which dominated Modi’s administrative and political bandwidth, leaving little space for reforms and governance. Two, it can also be argued that the rot runs so deep that it is irrational to expect anybody to root it out in just 12 months. It must also be remembered that game-changing legislations (such as GST, land acquisition) are stuck in the Rajya Sabha, where the NDA is in a minority.

Finally, jingoistic statements and atavistic promises from fringe elements in the larger BJP family have not only been engendering a sense of communal dread but have also diverted attention away from some of the good work already done.

In short, while the government is indeed acting well on fundamental issues, some more demonstrative action is required to refute some of the charges. Because of the high expectations, it is now time that the public starts ‘feeling good’. Some areas where action is required are:
Single-window clearance for all business proposals: The government has been talking of an online system but the proof is in the execution. One exemplary case study will convince pessimists of the government’s serious intentions.

Expedite environment clearance: This is still a grey area, with multiple jurisdictions. At least simplify existing processes without sacrificing commitment to environment.

Maximum use of e-governance: This will eliminate the source of corruption and collapse time-to-market for new companies. 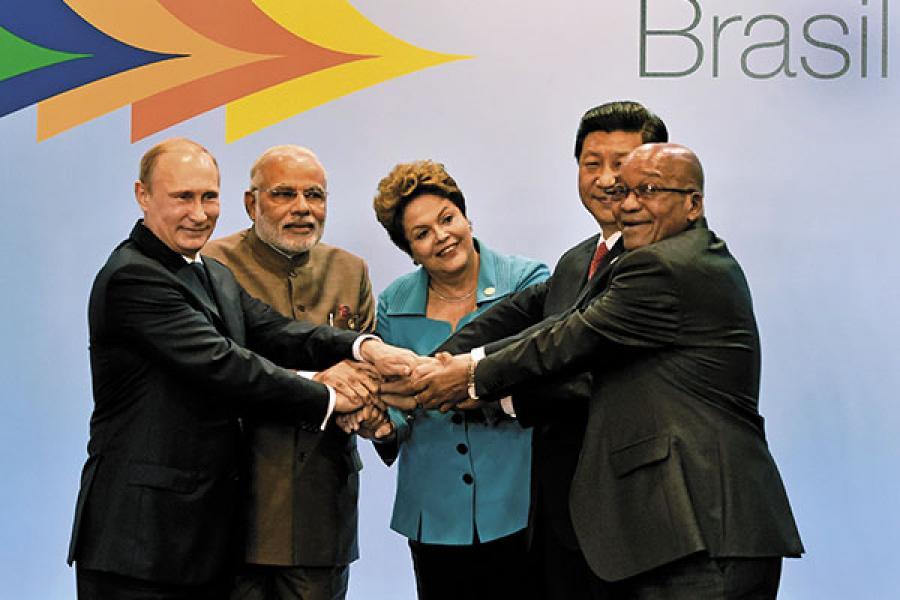 Improve efficacy of ‘Make in India’ initiative: This is Modi’s showpiece policy initiative and requires to be implemented in full gusto over the next four years.

Strong thrust on vocational education and skill development to maximise the demographic dividend: Focus should not be on number of people with imparted skills but on the quality and employability of those skills.

Allow foreign universities in higher education: This will have multiple effects, such as expansion of higher education opportunities for students and improvement in the skill quotient besides providing competition to domestic institutions.

Medical tourism: This will require a robust healthcare regulatory structure and government facilitating investment in the sector.

Implement a low-interest regime: The government can contribute by controlling inflation and improving the supply chain infrastructure. This will check structural inflation, and thereby interest rates, on a sustainable basis.

Introduction of GST: This will introduce efficiencies and provide an immediate boost to the GDP.

Clean-up aviation sector: The UPA government has unfortunately created a very high-cost aviation sector in the country. On most domestic flights, about one-third of the fare goes for airport charges and taxes. Air India has become one of the biggest white elephants among the PSUs. Repairing this mess will be a herculean task, but has to be done.

Development of urban areas and smart cities, with focus on affordable housing: This has many catalytic effects on the economy.

Effective visible steps in road building: The government’s proposed ‘Bharat Mala’ initiative is a welcome move since large-scale investment in road infrastructure has a multiplier effect on the economy, through sectors like cement, steel and heavy machinery.

Decongest ports wherever necessary: This is necessary to make our exports competitive and will allow Indian industry to compete globally.

Agriculture thrust: The farm sector is grossly unproductive with yields among the lowest in the world. If the Modi government is keen on big bang economic reforms with a long-lasting impact on the economy and society, agriculture is the place to begin.

The Congress party and the other opposition parties are all set to oppose every action by this government. This is very unfortunate but it is an ingredient of our democracy. Indians also have a despairing psyche, which has pushed the country’s ranking to the bottom quartile, despite the armies of educated, knowledgeable and intelligent people.

India needs good governance, with sturdy public, social and physical infrastructure, facilitating productivity and private enterprise. It needs a social infrastructure that can provide free universal education and health coverage, cheap public housing and old age security. When the Opposition parties oppose the land acquisition bill on the grounds of protecting farmers, Modi could easily take up the cause of the landless rural population which is estimated at 30 crore. In the ’70s and ’80s, India was part of the two-thirds of the world that was mired in poverty. China and some Southeast Asian nations have progressed, so this segment has shrunk to a third, with our subcontinent, Indonesia and Africa being major constituents. The 160-crore population of India, Pakistan, Bangladesh, Nepal, Sri Lanka and Myanmar has a per capita income below $1,500. This is nearly a quarter of the world’s population, all in the same sea of poverty.

Internally, India has to provide more economic independence to the states and generate greater competition among them. This can have salutary after-effects: At least one or two states which follow more business-friendly policies could turn into ‘Tiger’ states like the Tiger states of the Asian region (Hong Kong, Singapore, South Korea and Taiwan). Their success would be infectious and other states would be compelled to follow suit. In India, where the economic status is reflected in a narrow pyramid, where there are fewer people who are more well-off than the majority, this perhaps is the only way to drive economic growth. Otherwise, populist anti-business policies will always be a resort of the Opposition and will find resonance among the dissatisfied masses.

The government must show some work in all areas of economic and social activity; action with immediate results is required. Modi came to power on the back of catchy slogans and huge promises. It is time for the slogans to change into a call for action.

Tweets by @forbesindia
Devi Shetty: No silver bullet for healthcare in India
Kalpana Morparia: The jigsaw that is India's economy