Kalpana Morparia: The jigsaw that is India's economy

Each piece of the puzzle, including incremental and sustained reforms, has helped policymakers create a bullet-proof balance sheet 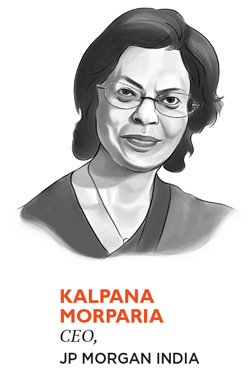 We tend to have short memories in India, often overly influenced by the immediacy of recent events. Even as there are some murmurs of reforms currently being too slow, we tend to forget the bigger picture. Just two years ago, India was the poster child of emerging market vulnerability—the current deficit had ballooned, inflation was rampant, fiscal concerns remained and ratings agencies had begun to make threatening noises. Against this backdrop, the rupee was the worst-performing currency through much of 2013.

Now, the tables have turned. India is the poster child in the emerging market universe. Foreign investors cannot get enough of the economy. We saw $50 billion of portfolio inflows through the last fiscal year. Equity inflows remain solid, and there is a strong appetite among debt investors to hold more government bonds. With these limits full, investors have flocked to the corporate bond market.

So what has changed? Almost everything. The government has worked hard to reduce the fiscal deficit. This has reduced external imbalances. Furthermore, a new monetary policy regime and critical supply side reforms—coupled with the fiscal consolidation—have meant that inflation has declined faster than expected, allowing the Reserve Bank of India (RBI) to ease monetary policy. The government and the RBI have struck a landmark agreement to ensure that inflation remains contained over the medium term. This has meant that India’s two recent challenges—high fiscal deficits and inflation—have been met with institutionalised responses, which should be positive news for long-term foreign investors.

There is also the sharp fall in crude and commodity prices, which impart a large positive terms-of-trade shock to India; the nation has become the epitome of macroeconomic stability. Put differently, India is seen as being very well prepared to withstanding global shocks, whether a Fed lift-off or a China slowing, on the back of policy credibility and an ever-growing stockpile of FX (foreign exchange) reserves to create a bulletproof balance sheet.

This is impressive, but what about the growth and reforms that equity market valuations are pricing in? Here it is important to stay focussed on the bigger picture. The debate between big-bang reforms and incremental but persistent reforms is a long-standing one. Suffice to say, in vibrant democracies like India, politically sensitive big-bang reforms only work during crises. Outside crisis periods, sustained ‘incrementalism’ has a better chance of success. This is in part because reforms involve winners and losers. Typically, losses are concentrated while benefits are dispersed. So the losers tend to be better organised. The larger the adjustment costs that losers have to incur from reforms, the more the typical resistance to lobby for the status quo. So big-bang reforms tend to be opposed vehemently, whereas incremental but sustained reforms often have the best chance of success.

Take diesel prices versus suburban rail tariffs and foreign direct investment (FDI) in multi-brand retail as examples. Diesel prices went up by 50 paisa a month for 20 consecutive months, reducing the under-recovery by Rs 10 a litre. What used to be considered a sensitive issue became business-as-usual, and allowed the government to liberalise prices when there was a correction in oil prices. By moving in imperceptibly small steps, the sting was taken out of the reform. Compare this to the big-bang announcement of increasing suburban rail fares by 100-200 percent in one go or going in for FDI in multi-brand retail. They served as a rallying point for vested interests, and forced policymakers to withdraw. 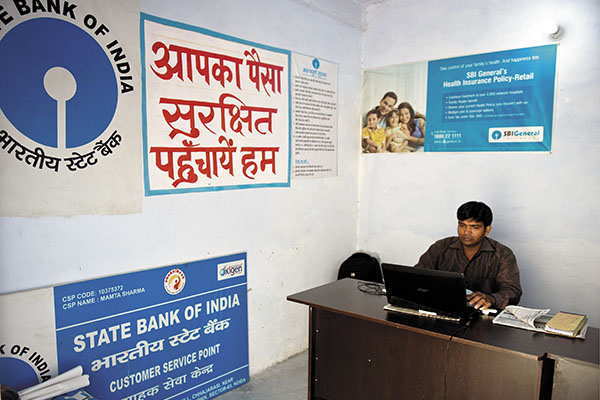 Image: Getty Images
The Pradhan Mantri Jan-Dhan Yojana has empowered the poor and brought them into the formal banking network

The prime minister’s focus on financial inclusion through the Pradhan Mantri Jan-Dhan Yojana is a game changer on both, the growth and fiscal dimensions. Apart from empowering the poor and bringing them into the formal banking network, it creates the infrastructure to deliver subsidies exclusively through cash subsidies, and thereby reduce leakages.

In addition, there has been a focus on resolving implementation bottlenecks and improving the ease of doing business.

Evidence that this is working is now beginning to show with stalled projects reducing for a second successive quarter. This has been complemented by reforms on the coal and mining front, and the landmark move towards transparent auctions for the allocation of natural resources. Furthermore, directing coal auction revenues to states was a deft move, ensuring that states now have a big stake in the game.

Finally, the budget imparted a large thrust to both institutions and public investment. A world-class bankruptcy code is imperative, and a National Infrastructure Fund is welcome, apart from the fact that there appears to be a clear thrust to increase capex (capital expenditure) spending on the budget. Finally, the FDI in Insurance Bill was lying in cold storage for many years. The fact that it got passed within a year of the new government’s formation reveals its ability to create consensus on non-controversial legislation.

However, there is still much to do. The government’s effort to reform land acquisition appears very sensible. Tax reform must also remain a key priority, both by pushing ahead with a goods and services tax and ensuring that tax administration is not arbitrary or retrospective. Financial market reform is equally critical. We need more competition in the banking sector and deeper financial markets. We also need creative ways to finance asset creation on the public sector’s balance sheet and increase banking capital, through asset and debt swaps.

While the road ahead is long and will present challenges, it will also be immensely rewarding. Let’s not lose sight of what India has accomplished or be distracted by the daily noise of the markets because few countries can boast both the macro stability and growth prospects that India now possesses.

Tweets by @forbesindia
Dilip Piramal: Time for more demonstrative action by the govt
Through the lens: Our best photos of the past year