Mukesh Butani: The key will lie in the implementation of structural reforms 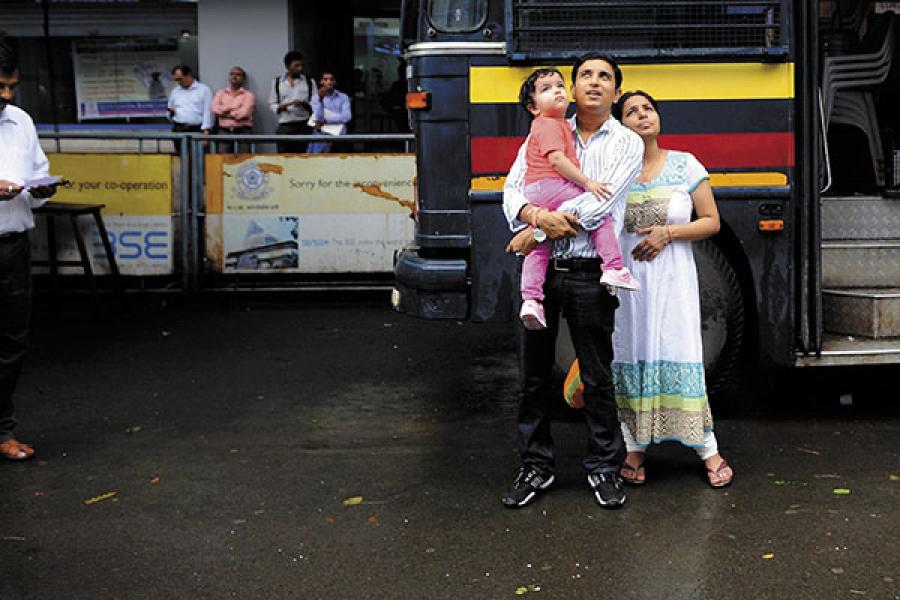 Image: Getty Images
A family watches share prices on the facade of the Bombay Stock Exchange in Mumbai. While green shoots of economic recovery are clearly visible, the key to a sustainable growth trajectory lies in the implementation of structural reforms

It is too early for any attempt to assess the National Democratic Alliance (NDA) government’s performance at the helm. Nonetheless, there is no gainsaying that the journey of reviving macro-economic fundamentals has begun extremely well, though the fruits of reform measures will play out in the future. As an optimist, I tend to look ahead in the direction the Modi administration can lead the country over the next four years of its present tenure. Hence, at the outset, any thought of denouncing the government’s endeavours in setting the tone for reforms is ruled out.

More often, election manifestos are a statement of the electorate’s aspirations and political planks. Undeniably, though, it can take even a majority government time to turn the corner, all the more so if it inherited weak macro-economic fundamentals and a decade of policy inaction. The 2015 Budget-eve witnessed a momentous shift from a Centre-biased resource allocation formula to a more inclusive principle of cooperative federalism through enhanced allocation of resources to states.

There were two credible policy milestones: First, the rail budget, and then, the full finance budget—and to be fair, the government pulled off a fine job in articulating strategic reforms that will be ushered in the near to medium term, even though it meant making unavoidable compromises such as levying a super-rich tax and increasing the median rate of service tax and excise duty.

Arguably, accelerated growth targets looked achievable in the first year itself, perhaps God-willed too, as crude oil fell below 60 percent of 2014 peak levels and the rupee found new stability (not without blips, though) largely due to a weakening of the euro. Inflation was also curtailed.

The government’s continued commitment to usher in Goods and Services Tax (GST) reform in less than a year and a clear policy statement to bury the Direct Taxes Code (DTC) is suggestive of clarity on the tax-reforms agenda.

Besides, the government’s courage to push ahead with land reforms by resorting to the ordinance route, enhance the foreign direct investment (FDI) limit in insurance and the auction of national resources is remarkable. The latter two were legislated.

Among other policy-level reforms, re-institutionalisation of the Planning Commission as NITI Aayog is laudable, lest the institution is inevitably rendered a relic. The reinvigorated institution has embarked on a path of revitalising a spirit of innovation in policy making and administration. That said, while it has been a busy year for articulating reforms and carrying out small repairs to re-energise the growth engine, there is certainly more ground to cover.

First, the ongoing Budget session of Parliament will lead the way as it holds in its hands the fate of two significant reforms: Land reforms and the approval of the Constitutional Amendment Bill to push ahead with GST.

Given the new formula for resources sharing, the government will back itself to get state consensus. Adding adequate capacity and capabilities within the tax administration will be the key to a successful transition to a new unified regime of indirect taxes.

The fate of land reforms, though, hangs fire. It is hoped that political groups will set aside their ideological differences and allow a breakthrough to end the impasse, which is clearly a stepping stone towards realising the country’s potential. Perhaps, there is a need to look beyond the cloak of short-term pain to enjoy sustainable long-term macro-economic advantages.

A recent uptick in macro-economic indicators gives the government some headroom to relentlessly pursue FDI reforms in strategic sectors such as insurance, real estate, defence and private banking. Allowing these sectors to freely access capital markets with adequate safeguards could offer next-generation opportunities that will revitalise industrial growth and improve the pace of capital formation. The policy move could yield huge positives, especially if the Reserve Bank of India’s (RBI) limit on corporate debt for foreign portfolio investment is liberalised beyond the present cap of $51 billion.

Encouraging more foreign capital inflows, though capital account convertibility seems a distant reality, requires a calibrated approach weighing the risks of currency fluctuation and adverse balance of trade. The draft report of the Sahoo Committee is a step in this direction and I anticipate that the recommendations it has made will be heeded.

From a tax ecosystem standpoint, administrative reforms, both for direct and indirect taxes, require immediate attention as India can ill-afford a perception-based risk to investor sentiment. Tax‑to‑GDP ratio, the historical barometer of tax reforms, may not remain an appropriate benchmark as the focus shifts to evolving a taxpayer-focussed administration.

Also, the government’s approach to comprehensive reforms proposed by the Tax Administration Reforms Commission (Tarc), including a proposal to integrate the two apex administrative authorities for direct and indirect taxes (Central Board of Direct Taxation and Central Board of Excise and Customs), will be important to watch out for.

Tarc’s recommendation on embracing more sophisticated Alternative  Dispute Resolution (ADR) forums such as arbitration/reconciliation is significant. I hope that the domestic tax law and bilateral tax treaties are calibrated to embrace ADRs to provide an effective dispute resolution framework. Besides, the Ministry of Finance is expected to announce its stated position on the OECD-G20’s extensive report on ‘Base erosion and profit shifting’. The aim is to ensure that the work output of the Organisation for Economic Cooperation and Development (OECD) is not resorted to selectively by the administration.

There are other areas that require repairs. There is a need to especially rein in repeated instances of tax disputes, often resulting in frivolous demands and protracted litigations. The finance minister’s proposal to constitute a panel is welcome. It may also necessitate legislative fine-tuning of select provisions impacting cross-border investment.

Clearly, there is a very long way to go before we realise the benefits of the reforms agenda that has been rolled out by the current government. While the offshoot of macro-economic recovery is visible, the key will lie in the implementation of structural reforms, which will lead the way for a sustainable growth trajectory.

- The author is chairman, BMR Advisors.