They should not be made to wait any longer. The time has come to act on priority areas 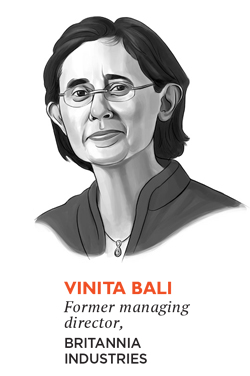 Last year, the people of India elected Narendra Modi and the BJP on the promise of “more governance, less government”, and the prospect of a better life for all. He was clear, he was persuasive, he symbolised hope and he got the people’s mandate. That itself was a great place to start.

The people of India naturally expect this PM’s sarkar to deliver on its promises. They also expect change to be tangible, palpable and quick. To put the task in perspective, we are a country that adds 22 million people to its population each year, where the median age is 26, and 10 million people, desperate for jobs, enter the workforce every year. We are also a country where around 300 million people sleep hungry every night, 700 million defecate in the open and approximately 42 percent of children under the age of five are malnourished. Agriculture, the largest employer, continues to be feudal, and much of our economy is still relatively primitive, with almost 90 percent of jobs in the informal sector. This, despite our economic progress and rising to the world’s third highest GDP (as measured by purchasing power parity). Logically, we should have been better off, except that we are not.

There is a broad agreement that unless we generate a 9 to 10 percent GDP growth over the next decade, our agenda of building roads, rails, houses and improving other public infrastructure will not come to fruition. The building blocks of that change have also been spelt out in economic terms: From the simplification of rules and regulations to the more immediate tasks of GST implementation. Greater clarity is required in identifying initiatives that are strategic and structural (and require longer time frames) and those that are operational (we know how to address these and must do so fast), so that the right resource allocation will drive actions that generate progress.

I believe that the basic fundamentals advocated by the PM are right on the money: Making India attractive for investment, attacking corruption, transitioning subsidies to cash transfers, Swachh Bharat, Jan Dhan Yojana, Beti Bachao Beti Padhao, etc. Equally, there are some critical domains which have not got the visibility and traction they deserve, like health and nutrition, investments in skills and capability to make people employable, culture and tourism, to name a few.

Let me illustrate with a few examples: To ‘Make in India’ we have to first ‘Make India’ clean, productive, efficient and attractive to its own citizens, even as we draw multinational organisations to invest in India. This involves structural reforms and dismantling of archaic laws, which will take time as they are opposed, debated, improved and accepted in an evolving democracy. The focus on manufacturing that we lost in the last two decades must come back through this initiative, which will also strengthen our manufacturing capability. Moreover, ‘Make in India’ is a great way to get experiential training for our people and significantly improve their skills. Can India potentially become a hub for labour-intensive manufacturing for the world?

Transforming India is a long and arduous journey, so we have to prioritise initiatives and actions that will have a multifaceted impact. For example, if we decided to do just two things as part of Swachh Bharat (that also support ‘Make in India’)—namely a systemic approach to dealing with garbage and the construction of toilets, both in urban and rural India—we will end up with not just a cleaner India but also a healthier India, as these steps positively influence nutrition outcomes. These initiatives are not debatable or complex; the solutions are known and therefore must be implemented in mission-critical mode through collaborative working between the states, Centre, corporations and NGOs. This will also be a fine example of public-private partnership. 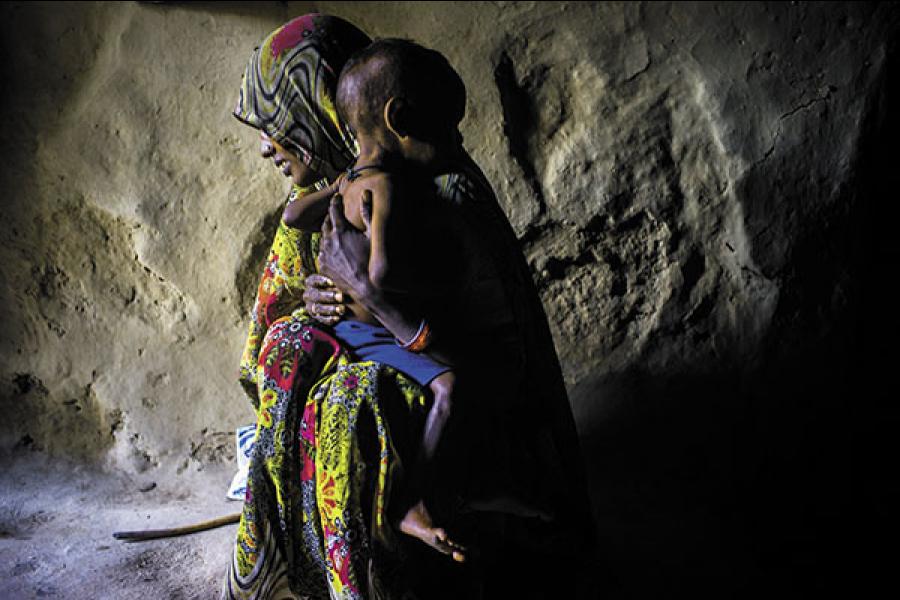 Image: Getty Images
Shanti Devi with her malnourished child, 14-month-old Mohit, inside her hut in Paltupur village in Uttar Pradesh

Urban India alone generates an estimated 1.3 lakh metric tonnes of solid waste daily, which is dumped on our highways, streets and landfills. Our approach to address this will be critical. In the fairly extensive work that I have been involved in, in Bangalore, we know that bulk generators, like offices, academic institutions, hotels, hospitals, offices, large residential complexes, etc, generate about 70 percent of urban garbage. A simple idea is to make it mandatory for bulk generators to recycle waste; a small investment with very attractive paybacks. A few do it voluntarily with excellent results and lower cost. Once implemented, it will reduce the garbage that municipal corporations have to deal with by 50 to 60 percent.

‘Make India’ also requires making the people of India healthy and capable. The World Bank estimates that India loses 2 to 3 percent of its GDP due to lower productivity, where the underlying cause is poor health and nutrition. In other words, economic growth and social development must be synergistic for the quality of life to improve. We just don’t have the resources to provide dignified living to people if we continue to grow our population by 22 million every year. The proof of this is in our inability to meet the Millennium Development Goals, especially as they relate to maternal and child nutrition.

Here again, what needs to be done is known, and some of the infrastructure and programmes exist, like the primary health centres, Integrated Child Development Services, anganwadis, rural health missions, ASHA (accredited social health activists) workers, etc. The execution and governance structures have failed us. Take the marriageable age specified as 18 for girls. Despite this, over 50 percent of girls in rural India are married before that with no adverse consequences for anyone, except the adolescent girl, who then enters the vicious cycle of being undernourished and experiencing multiple pregnancies that produce underweight babies. A country where one-third of the children are underweight at birth cannot hope to convert its population into any economic dividend. The programme of planning families in a responsible manner needs greater emphasis.

In rural India, the burden of health care delivery is on the ASHA workers who are inadequately reimbursed and often insufficiently trained. Health care, as a sector, needs greater attention, both by way of financial resources as well as people and training resources. Before we start a new AIIMS, we must make the existing infrastructure work effectively and efficiently, including ‘Swachh Municipal and Government Hospitals’.

‘Make India’ is directly related to how we educate and skill the people of the country. Accomplishing the transformation agenda requires the availability of the right people, with the right skills and knowledge. Great institutions spend an inordinate time planning for people and capabilities as the test of any strategy or transformation is in its execution. The travesty is that in a country of so many people we are unable to meet our knowledge and skill gaps. Unless there is a rigorous effort to create a people and skills plan to support the various initiatives that have already been announced, we will fail on execution. We have the paradox of high unemployment and the shortage of qualified people in virtually every profession.

Finally, ‘Make in India’ should also embrace a strategy called ‘Come to India’ that enables us to attract more tourists and business travellers. Compare the approximately 7 million inbound tourists to India with Thailand’s 26 million and China’s 57 million.

The ministry of tourism and culture has a vital role to play in ‘Make in India’ but there is no specific plan yet. What makes India distinctive is the rich heritage and culture that lives in its monuments, crafts and performing arts. These need a boost too and this has the unique potential to generate employment and livelihoods at the local level.

With muted corporate performance in the second half of last year and no significant increase in investment-driven growth so far, the time has come to prioritise the low hanging fruit and take tangible operational actions on priority areas that the PM has talked about, while working through some of the more enduring mindset and structural issues. The people of India should not be made to wait any longer.

Tweets by @forbesindia
V Balakrishnan: The govt has been long on talk, short on action
Mukesh Butani: The key will lie in the implementation of structural reforms