V Balakrishnan: The govt has been long on talk, short on action

After almost one year of the NDA government, hardly anything has changed on the ground 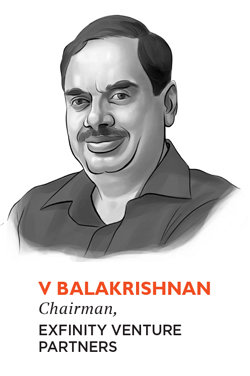 The NDA government received a mandate for hope in the Lok Sabha elections of 2014. Indians voted for ‘Achche Din’ that will remove pessimism and unlock the animal spirits of the nation, with greater focus on development and prosperity.

India is a very complex country; there is no ‘one-fit-for-all’ solution. While India is a country of a hundred billionaires, it is also a country with the largest number of poor people. Any government coming to power needs to address these income inequality issues head on. While job creation and growth are important, there is a need to address the aspirations of the have-nots. More than ‘big bang’ reforms, the country requires long-term structural, systemic changes that deliver sustainable growth.

The new government made all the right noises. It announced a Jan Dhan Yojana focussed on financial inclusivity, Swachh Bharat Abhiyaan for a clean India, Make in India to re-invent the manufacturing sector in the country, Digital India for e-governance and connectivity, smart cities for well-planned urban infrastructure, and various other initiatives which focussed on removing hurdles for implementing large infrastructure projects. The government also sensibly continued with the Aadhaar programme to make sure subsidies are well-targeted and reach the needy, even though it was politically against it before the election. The new government has also put in extra efforts on the foreign policy front and got global attention. While the intentions were laudable, these big programmes were long on talk and short on action.

Take the case of Swachh Bharat Abhiyaan. In India, nearly 100 million people lack access to clean drinking water, over 700 million continue to defecate in the open and over 600,000 children under the age of five lose their lives to water- and sanitation-related diseases every year. Seen in that context, the clean India campaign is a welcome step. But, a lot more needs to be done for this campaign to succeed. First, a sustained and coordinated involvement of all stakeholders—including NGOs, foundations, entrepreneurs, bureaucrats and communities—is needed. Second, changing people’s behaviour is important. Hygiene education should be made compulsory in schools. Also, the involvement of communities to understand the local culture, motivation and belief systems is necessary. Third, don’t just build toilets; focus on the quality of toilets and their sustained maintenance, involving the private sector as much possible. For a clean India to emerge, a whole generation needs to be educated and changed. Just spending crores on advertisements and photo-ops is not going to bring about the desired change.

Take the case of the agricultural sector. Successive governments focussed more on providing subsidy, increasing the minimum support price and credit but not access, writing off distressed loans, etc. But, there is very little emphasis on improving productivity using modern techniques of agriculture, creating alternative sources of income for farming households, improving the supply chain and storage, removing distortions in the marketplace and increasing R&D investments in agriculture to improve product quality. While increasing compensation and writing off loans help to score short-term political points to build a vote bank, the long-term solution is making systemic, structural changes. But no government, including the current one, seems to be interested in doing this.

The point is that in almost a year of the NDA government, hardly anything has changed on the ground. Whatever ‘feel-good’ factors we see are more a result of global factors like oil prices coming down rather than the government’s policy initiatives. The honeymoon period is getting over and we are already hearing murmurs from the corporate sector. A foreign investor told me that “India will always remain a hope. Whenever some changes happen that create lots of hope, they follow with a big letdown.” To be fair to Narendra Modi, it takes time to see change on the ground. But, creating unrealistic expectation of change is their own doing.

While a lot more things need to be done, there are a few things that need to be taken up on priority in the next four years.

Get a professional team to run the government: Modi won the elections in the US presidential poll style of campaigning. However, one person cannot make the change. You need a set of high-calibre leaders to bring in sustainable change. I would like to see more professionals, from outside the political spectrum, being inducted to run key ministries. This will enhance the prestige and credibility of the government. Only Modi, with his all-powerful leadership, can usher in this change. This will change the way the country is governed forever. 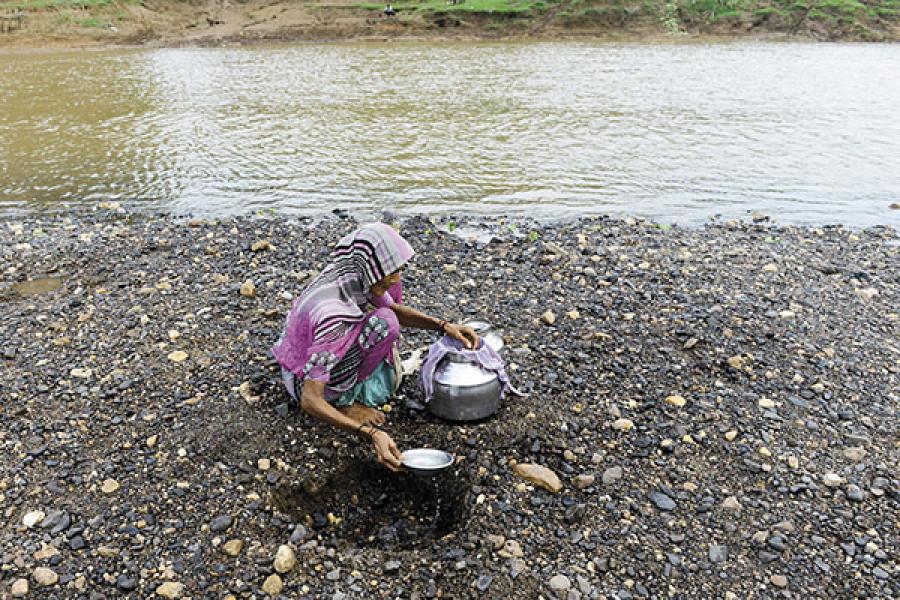 Image: Getty Images
A woman digs a hole to collect drinking water after wading across the Hiran river near Sajjanpur village of Chhota Udaipur district, Ahmedabad, in the absence of a bridge

Focus on labour reforms: High economic volatility impacts the ability of corporations to plan their growth. Labour flexibility is very important to build large-scale manufacturing industries in India. The government should come out with a credible safety net for employees that addresses the concerns of the working class while providing labour flexibility to corporations. Token changes in inspection and compliance norms are not going to change the game.

Tax terrorism must end: The one thing that destroyed the credibility of the country is retrospective tax amendments done by the earlier government. Even though the current government clearly said no more retrospective amendments will be made and harassment at the ground level will stop, it is not percolating down to the assessing officer’s level. The tax demands are still arbitrary, with no accountability. Unless things change on the ground, this is going to be a big dampener for investments.

Banking reform: The PSU banks are in dire straits. PSU banks have reportedly accumulated nearly 86 percent of the NPAs in the banking sector as compared to their asset base of 75 percent. These banks require a total capital of Rs 4.6 lakh crore in the next four years. While the Centre has allowed PSUs to bring government holding down to 52 percent, that is not enough to bridge the gap. To add to the problem, the value of PSU stocks is depressed and there is no appetite in the capital markets for their shares. There is a need to professionalise the management of PSUs, which can happen only if the government holding falls below 50 percent. This will allow the banks to raise more capital, professionalise the management, and clean up the balance sheet while creating enough headroom for further lending.

Improve domestic demand: Global demand is weak and India can’t come out of the mess by exporting to global markets. Instead, India should focus on reducing excise duty and service tax to accelerate domestic demand. The government should also pass on benefits from oil prices fully to consumers, which will be like a mini QE [quantitative easing]. This will have some impact on the fiscal condition, but so be it. This is the only way to kickstart domestic demand in the short term.

Make in India startups: The current regulatory and tax regimes here are not conducive for a vibrant startup ecosystem. The so-called ‘Angel Tax’ introduced in the Finance Act 2012 is a big deterrent for startups that intend to raise angel money from investors in India. The ease of doing business has not improved. Combined with restrictive tax and other regulations, more startup companies are creating value outside India. The first $100 billion for the IT industry in India had come from services, but the next $100 billion will most likely come from products and IPs, where startups will play a large role. If the government does not act quickly, India will miss the greatest value creation opportunity that is taking place in the startup ecosystem.

Deal with an iron hand against communal voices: Investor sentiments in recent times are also impacted by the high decibel noises made by certain communal elements. While Modi has spoken against these communal voices, he has not followed it up with strict actions. Intentions not matched with actions lack credibility and will upset investor sentiments.

History tells us that a leader’s conviction for reforms is a necessary condition, but hardly sufficient to implement them. The ability of a leader to connect with citizens to sell the intended benefits of reforms is the key to success.

In India, big ticket reforms can take place only when there is political consensus, or when there is a crisis. Both these things are missing today. I hope the government reaches out to the Opposition, communicates and creates a consensus, selects and fights the right battles and focuses on long-term systemic changes. If, for some reason, the government fails to deliver on its promises, the word ‘hope’ will lose both its meaning and relevance.