One year of Narendra Modi government: The India Inc verdict

What do top industry leaders think of the Narendra Modi-led government's performance in the past year? The Forbes India-BMR Advisors survey has some answers 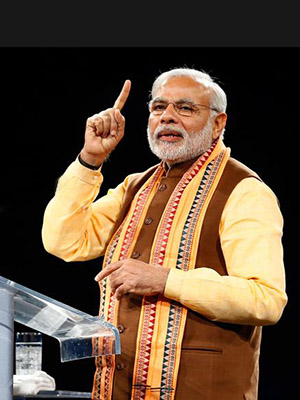 In one of his first speeches after his appointment as India’s prime minister, Narendra Modi promised to work hard, and said, “When we meet in 2019, I will give you and my countrymen a report card.” The Modi government is poised to complete its first year in office and perhaps this is a good time to test its progress towards that final report card.

Forbes India and BMR Advisors conducted a survey this April among senior industry leaders on the government’s business agenda in the past one year. It included 17 questions on the performance of the government and steps taken to develop the business environment in the country (see Methodology).

Measures taken by the key ministries include the e-auction of coal and telecom spectrum (85 percent respondents praised it), efforts to bring back black money from foreign bank accounts, Jan-Dhan Yojana, and the direct transfer of subsidies. Nearly two-thirds of respondents believe that the realignment of ministries with the objective of ‘Minimum Government and Maximum Governance’ has shown positive results. However, 60 percent of respondents have expressed concern that the first budget of the Modi government is yet to fulfil its promise of introducing a non-adversarial and simplified tax regime.

About 55 percent of respondents believe that appropriate steps have been taken to improve the ease of doing business in India. In 2015, India ranked 142 (out of 189 economies) in the World Bank’s index of ease of doing business. Although 71 percent believe the ‘Make in India’ campaign would have the highest long-term impact on the economy, only 29 percent believe sufficient steps have been taken to stimulate the campaign. Respondents believe that further steps need to be taken to improve the MSME (micro, small and medium enterprises) sector, which is at the core of the campaign. One-fourth of the respondents believe that credit availability through a dedicated SME bank is critical, followed by 23 percent asking for supply chain efficiencies.

Respondents believe India’s growth has been muted by a backlog of stalled projects in the power and infrastructure sectors. A majority of respondents feel a single-window clearance system for projects, the introduction of the Land Acquisition Bill, and faster environmental clearances are imperative for the revival of these projects. They also feel that an effective public-private partnership model, a clear and stable tax regime, and a viable long-term assurance for finance are required to develop infrastructure in the country. 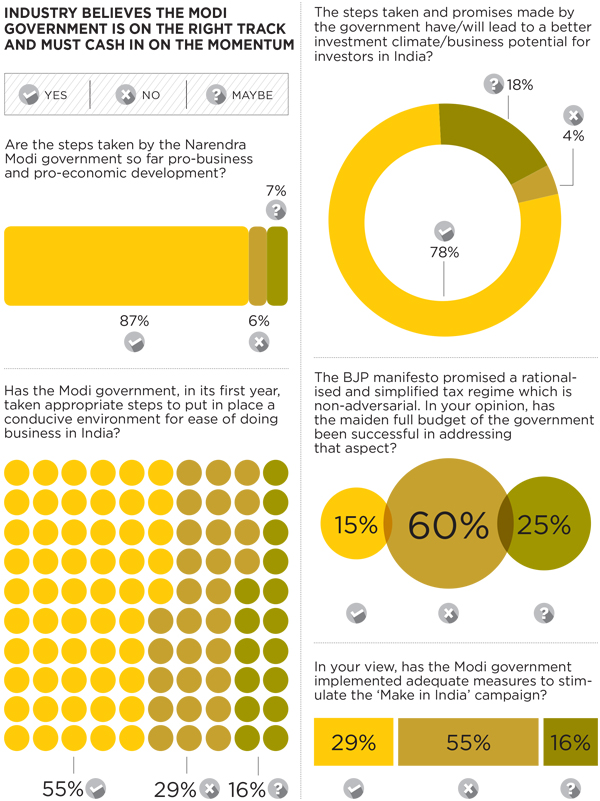 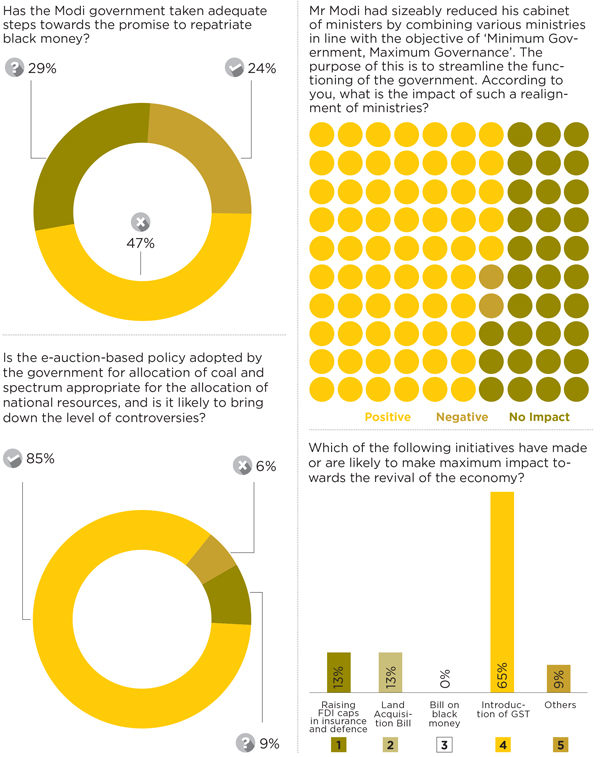 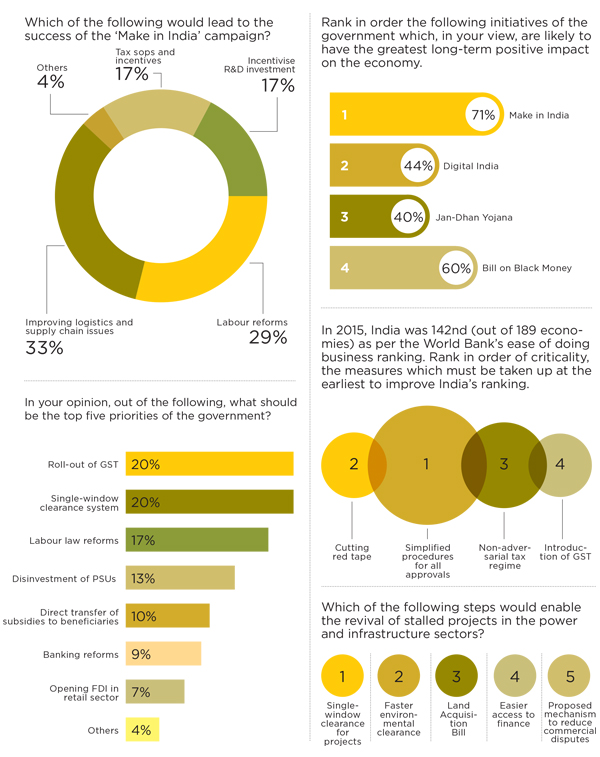 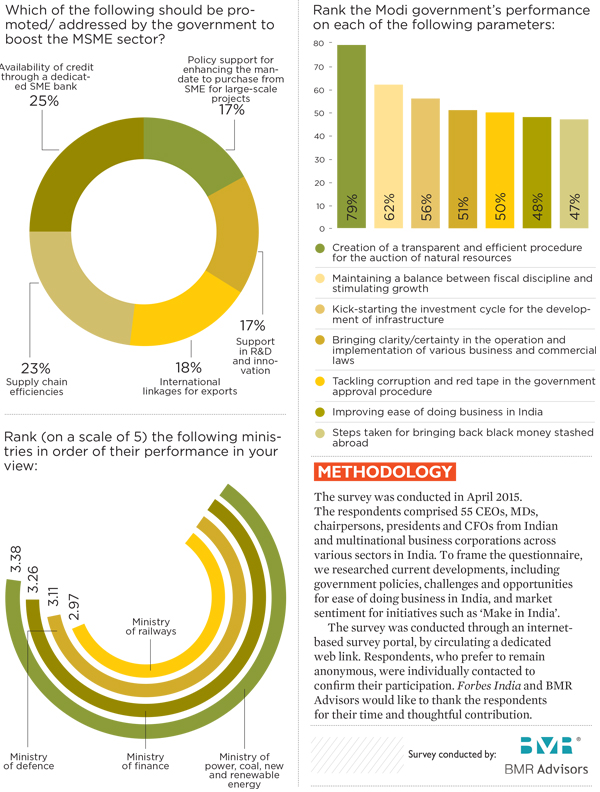