The wait for 'Achchhe Din'

The question is whether the government could have done more in its first year. And there are no clear answers

As any governor of the Reserve Bank of India will tell you, one of the most difficult aspects of policymaking is that of managing expectations. As the Narendra Modi government completes one year in office this month, managing the burden of expectations of over 1.2 billion Indians is proving to be its biggest challenge. A year after sweeping to power—it’s the first single-party majority administration since Rajiv Gandhi’s in 1984—unbridled euphoria has made way for cautious optimism and, in some cases, even a quiet unease over the pace of reforms. 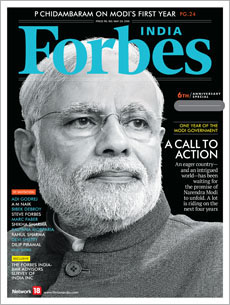 A few things, however, merit consideration. The government was sworn in amid the overhang of a distressed economy and a general belief that India had, perhaps, frittered away the opportunity to emerge as a global economic power. Against this background, it is worthwhile to consider some highlights of the Modi government’s first year in office. One of the big positives has been bringing business back to the front burner and projecting a seriousness about getting the economy back on track. The transparency in distribution of natural resources is another move that has been lauded by the business community. Budget 2015 may have lacked a ‘big bang’ feel but it did manage to set the broad direction in which the government wants the economy to move. However, the question doing the rounds in business circles is whether the government could have done more in its first year. And there are no clear answers.

But the challenge before the government is different. As the world and an impatient country watches his every move, Prime Minister Narendra Modi will have to ensure that politics does not hold economics hostage. With the numbers against him in the Rajya Sabha, and key economic legislations such as the Land Acquisition Bill and the Goods and Services Tax still to be pushed through, an Opposition that smells blood may well throw a spanner in the works. It is here that his dexterity as a political leader will be tested.

In this 6th Anniversary special issue, we look at all these aspects of the Narendra Modi administration. The country’s topmost business leaders and economic thinkers dissect his performance and put forward suggestions for the next four years. We also bring you an exclusive survey conducted by BMR Advisors, where the business community gives its responses on several critical issues related to the government’s performance. Two key takeaways from the survey: An overwhelming 87 percent feel the government has been pro-business, while 78 percent say steps taken by it will lead to a better investment climate. For a government which has just completed one year, that’s not a bad report card at all.