Ram Sevak Sharma, director general, UIDAI, brings a power-packed combination: An understanding of technology and the common man’s needs. He needs this to deliver a UID card to 600 million Indians on time 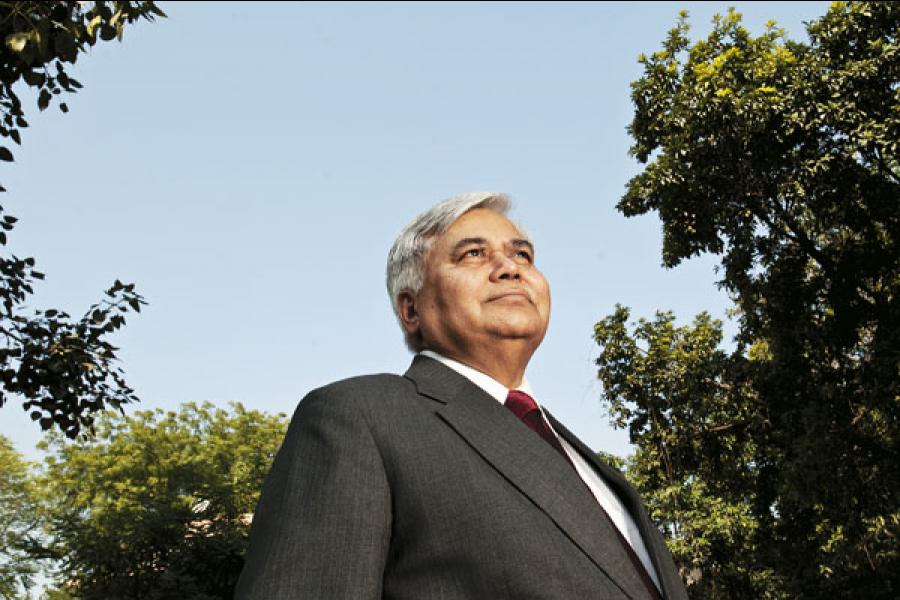 Ram Sewak Sharma, 55, is not your typical bureaucrat. The project team at India’s ambitious Unique Identification (UID) project got a firsthand knowledge of this when they sat for a presentation from Sharma, the new director general of the project. If they had come prepared for a long speech and boring statistics, they were wrong. Sharma wowed them with a presentation of a software program — actual code — to show how people could be enrolled into the project.

“It was amazing” says Srikanth Nadhamuni, head of technology at UIDAI. “I have yet to work for a CEO who did any coding, even in the private sector.”

Sharma was handpicked by Nandan Nilekani to head one of the government’s most ambitious technology projects. He is beefy, with a ruddy complexion and speaks English with a heavy accent. But underneath that exterior is a whiz kid who loves probability theorems, algorithms and complex mathematical equations.

And the man who can stun you with mathematics can also floor you with his earthiness. “We really enjoy going into his room to hear him talk to his PS [personal secretary] in this rustic Bihari dialect,” says K. Ganga, deputy director general, finance, UIDAI.

The task of giving 600 million Indians a unique ID number backed by biometrics is a Herculean task. Technology has a big role to play and Sharma, she says, is completely at ease with technology. “The reason he was chosen,” she says, “was because he has worked on several eGovernance projects in Bihar, programmes that are alive and kicking and have made a huge difference to the State.”

In 1985, Sharma, then district magistrate in Begusarai, found there were several unsolved cases of firearms thefts. He purchased a DCM 10 computer, and wrote a database program to catalogue all firearms according to their make and unique code. In 30 days, he had managed to solve 22.

Years later, thanks to Sharma’s effort, Jharkhand became one of the first states in the country to set up SWAN (state wide area network) under the National eGovernance Programme. It is this understanding of technology that gives him an advantage over hardware and software vendors, Ganga says.

Sharma grew up in a village in Ferozabad, UP. He wanted to be a scientist and after finishing school went to study at Allahabad University. His friends would often tease him because he didn’t even know how to speak Hindi. The only language spoke was Brijbhasha.

His heart was set upon research so he went to IIT Kanpur to study Mathematics but family imperatives forced him to take the UPSC entrance test which he cleared in the first attempt. The desire to study in the US never left him. In 2000 at the age of 45, this father of four wrote his GRE exams and went to the University of California to get a Masters in Computer Science.

In June last year when the PMO called Sharma, asking him if he would take a prestigious assignment at the Centre, he had no hesitation. The first thing that Nilekani asked him was “Why do you want to join?” Sharma replied, “If you can leave everything and do this, then I can also do it.”

A.K. Pandey, assistant director general, UIDAI, who has known him for 20 years, says the surest way to detect his boss’s mood is to see which language he is talking in. If the dialect is Brijbhasha that means he is really angry, if it is casual Hindi then he has simmered down. But despite his tough exterior, at heart Sharma remains a softie.

Pandey says that Sharma is a simple man who still longs for the simplicity of his village life. In every official home, the Sharmas keep a cow and construct a madhi (a thatched hut) and sleep on a khaat (charpoy).