Photo of the day: Brexit trade deal with EU signed 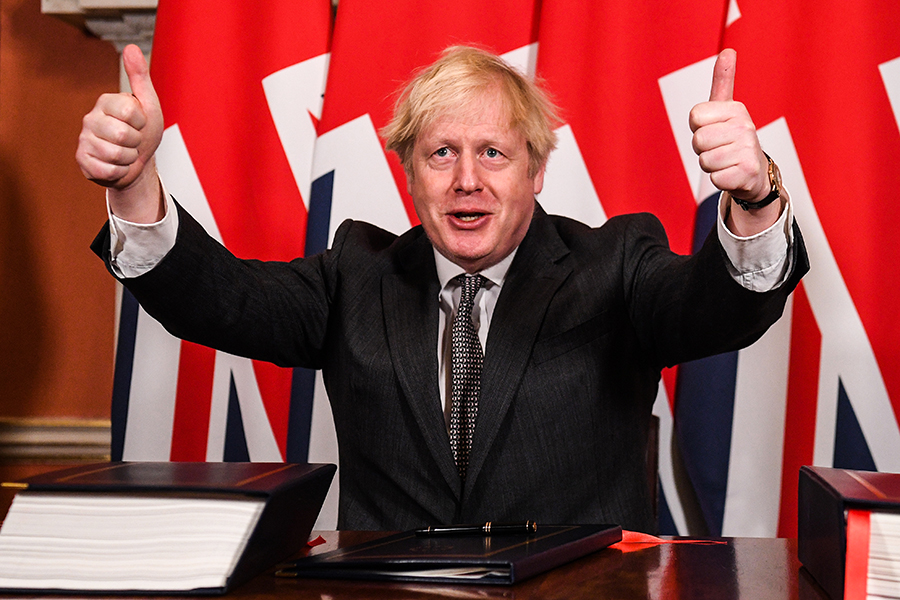 Prime Minister, Boris Johnson gives a thumbs up gesture after signing the Brexit trade deal with the EU in number 10 Downing Street on December 30, 2020 in London, United Kingdom. The United Kingdom and the European Union agreed a Trade and Cooperation Agreement, an Agreement on Nuclear Cooperation and an Agreement on Security Procedures for Exchanging and Protecting Classified Information on Christmas Eve 2020. These Agreements change the basis of the UK's relationship with the EU from EU law to free trade and friendly cooperation. In a referendum of 23 June 2016 the British people voted to take back control of their laws, borders, money, trade and fisheries, commonly referred to as Brexit.

Tweets by @forbes_india
Covid-19 timeline: How the world came to a pause in 2020
Dean Bill Boulding: Decency Isn't 'Soft'