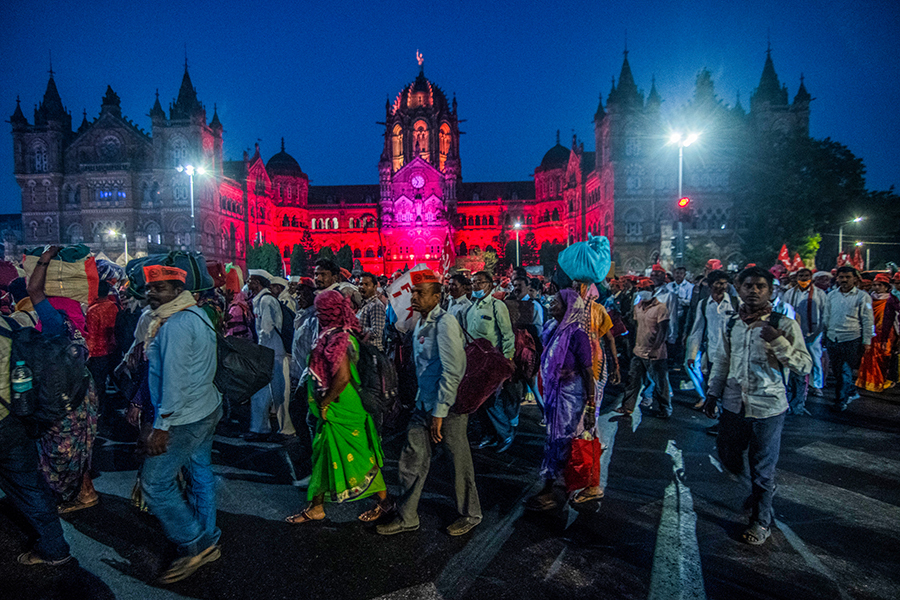 Farmers who have been walking from Nashik, to participate in a rally organized by Akhil Bharatiya Kisan Sabha on January 26, reached CSMT station, on January 24, 2021 In Mumbai, India. The farmers owe allegiance to over a 100 organisations under the umbrella of Samyukta Kisan Morcha (SKM), which has given a nationwide call for similar agitations between January 23-26, including taking out rallies to Raj Bhavans in all states.

Tweets by @forbes_india
Budget 2021: Expectations for healthcare sector in a crucial year for wellness
Five takeaways from the developing space war between China and the U.S