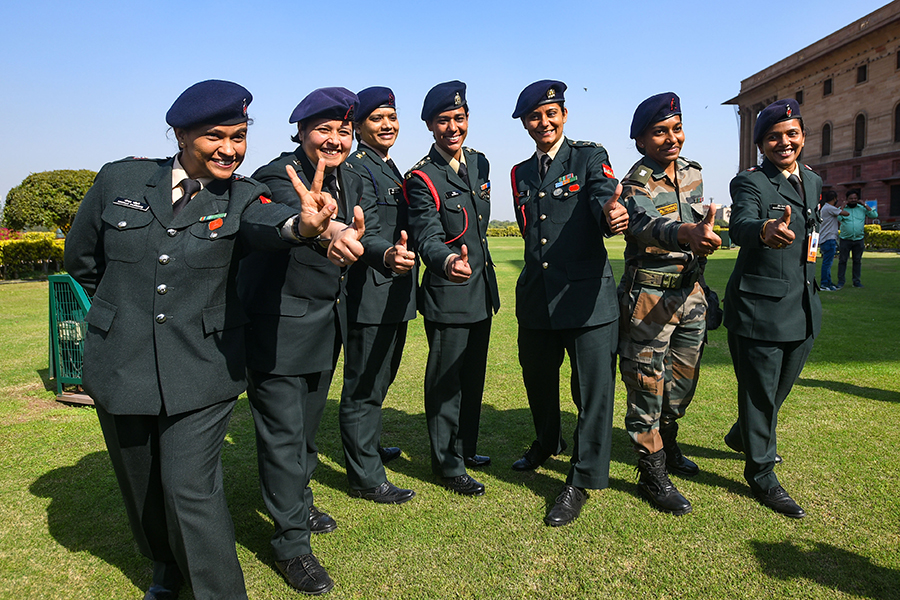 Indian Women Army officers pose for a photograph on the eve of International Women's Day, at South Block, on March 7, 2021 in New Delhi, India. International Women's Day is observed every year on March 8 in order to create awareness about women's issues. It was first celebrated in a handful of countries in 1911, but began to be observed by countries across the globe after 1975, when the United Nations (UN) started celebrating the day. The UN officially recognised Women's Day in 1977.