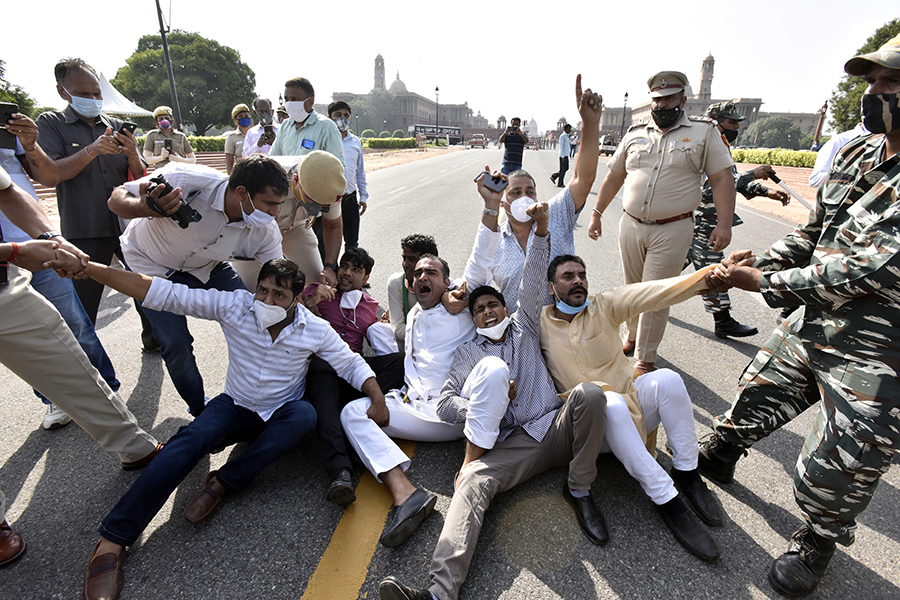 Congress party workers protest against the Hathras gang-rape case, at Vijay Chowk near Parliament House, on September 29, 2020 in New Delhi, India. The Opposition party's attack on the Centre and the UP government came after a 19-year-old Dalit woman from Hathras died at Safdarjung hospital in Delhi Tuesday morning, days after she was allegedly raped by four men.

Tweets by @forbes_india
Machine learning in business: Issues for society
Why downloading CRED this IPL season will make your life more rewarding