With 64 companies and 38,000 employees, the 1,500-acre Mahindra World City near Chennai has silenced its critics 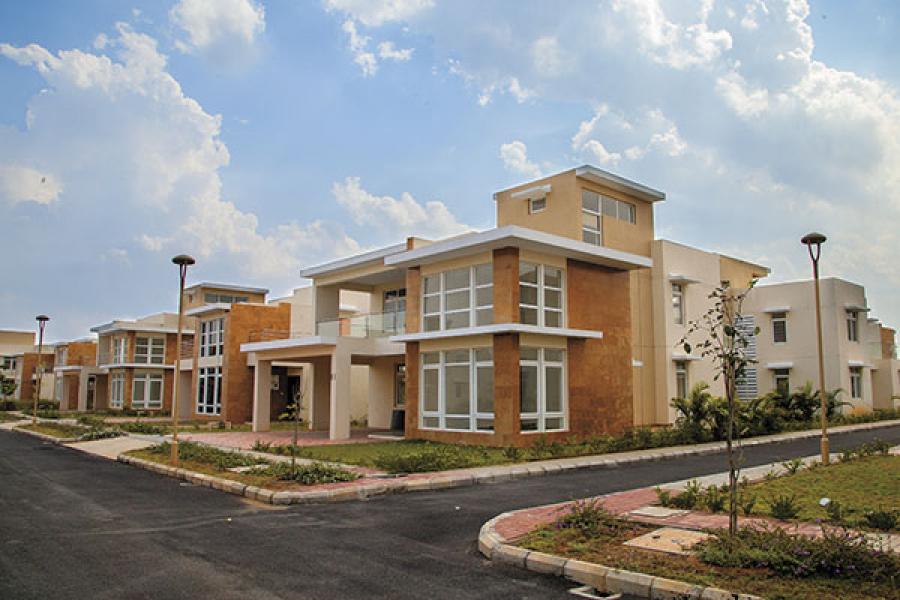 When the Mahindra Group began acquiring land in the southern outskirts of Chennai in 1996, the end goal was to set up an auto ancillary park. At the time, the conglomerate was Ford Motor Company’s joint venture partner in India, and their manufacturing facility coming up at Maraimalai Nagar (another southern Chennai suburb) required component makers to be located nearby. Before the auto ancillary park could actually take shape, however, the joint venture ended in 1998. But Ford’s loss has proven to be Mahindra’s gain as the break-up was instrumental in the birth of Mahindra World City (MWC)—one of India’s rare successes when it comes to building integrated townships.

Spread over 1,550 acres, some 60 km from Chennai, MWC houses three sector-specific special economic zones (SEZs): Information technology, auto ancillary and apparel and fashion accessories. It also has a domestic tariff area (space for India-focussed companies), and boasts of a railway station on site. Since its inception in 2002, 64 companies including Infosys, Wipro, BASF, Renault-Nissan, BMW, TVS Group and Capgemini have set up a base. There are about 38,000 employees, and the cumulative exports from MWC in 2014-15 (as of February) stood at Rs 7,062 crore. So far, Rs 4,100 crore has been invested into the township by both, the companies that have set up their units there and the Mahindra Group.

Its success is also reflected in the fact that the space earmarked for SEZs has been sold out and only 45 acres are left for companies to set up units under the domestic tariff area. This, despite the fact that the land rates inside MWC is twice that of other industrial parks around Chennai. Ramdas Kamath, executive vice president, Infosys, is all praise for the township. “Infosys was the first company to set up its IT Park inside MWC Chennai. In a short span of time, we have grown to house 16,000 software professionals there. Its best-in-class infrastructure has attracted renowned corporations to set up their units. We are the happiest SEZ unit among them,” says Kamath, adding that Infosys wants to be associated with MWC in all future projects.

It helps that the township has 285 acres of residential, social and retail infrastructure. About 700 families live within MWC, but once the residential projects are completed and sold, it will be able to house 8,000 families. “What we have created is an economic nerve centre with strong infrastructure and connectivity,” says Sangeeta Prasad, CEO, Integrated Cities & Industrial Clusters, Mahindra Lifespace Developers Ltd, the company that handles the real estate development business of the $27.84 billion Mahindra Group. “At the same time, we have ensured that many elements of a city are available, with respect to residential, retail and commercial aspects so that MWC becomes an all-encompassing place,” she adds. Some of the amenities include a 60,000 sq ft commercial centre, an MWC Club spread over 4 acres, the Mahindra World School with more than 600 students and a hospital (now limited to out-patient and diagnostic services). A hostel and a multiplex are also being planned.

Another happy client—and resident—is Mahijeet Mishra, managing director of Armstrong International Pvt Ltd, an American company that specialises in thermal engineering. “I have not enjoyed my single malt like I do now with Jagjit Singh’s music playing in the background,” says Mishra, who has been calling MWC home for the past six years. “There is no pollution, dust or noise. Thanks to 1,000 acres of reserve forest land and seven water bodies that surround MWC, the temperature is relatively lower. The serenity is at times divine,” he adds. His two daughters attend Mahindra World School.

Prasad believes that integrated cities are the future. “Setting them up away from existing cities is the way forward if India has to handle rapid urbanisation. In fact, the government’s plan to develop a hundred ‘smart cities’ comes from this need,” she says.

But most developers have not been very successful in setting up such projects. This could explain the scepticism in the industry that greeted MWC in the initial years. The township, however, proved naysayers wrong and its success can be attributed to 10 principles.

Building partnerships:
MWC Chennai is a joint venture between the Mahindra Group (89 percent) and the government-run Tamil Nadu Industrial Development Corporation (11 percent). “The PPP model [public-private partnership] helped us focus on our core competence, which is infrastructure development. With the government being a partner, approvals and clearances were not time consuming,” says S Chandru, COO, MWC. The state government helped MWC bag clients like BMW India by throwing in incentives to deter the automaker from going to Maharashtra. “It is a symbiotic relationship,” says Prasad. MWC has repeated the formula in its second township in Jaipur, where it has entered into a joint venture with the Rajasthan government. 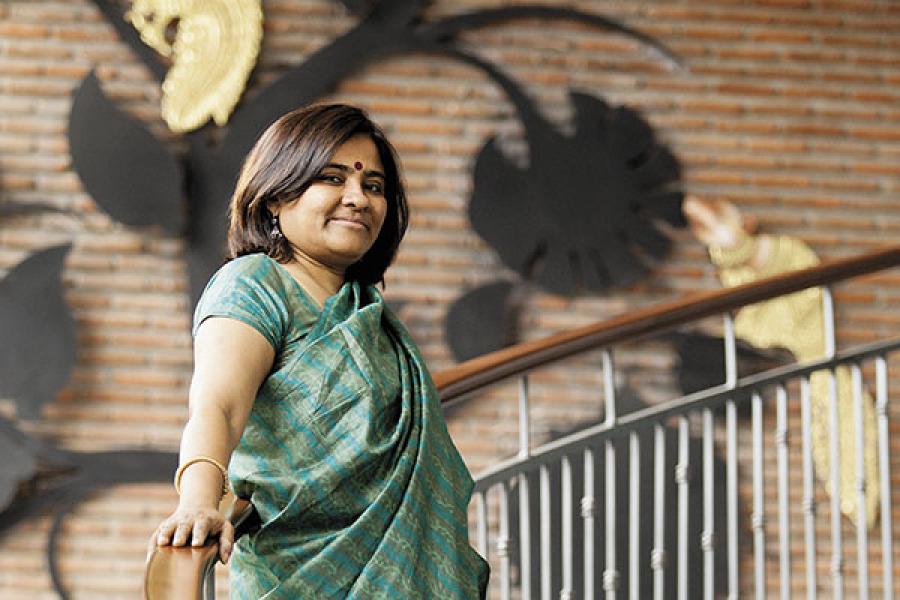 Working with the best:
From the very beginning, MWC reached out to the best consultants in the world. The master plan was developed by the reputed Jurong Consultants, Singapore, while the landscape was designed by Belt Collins, a leading international design firm. The social and residential master plan was drawn up by one of the world’s largest architectural, engineering and urban planning firms, HOK. “They are the specialists in the area of master plans. Co-creation is critical in projects like these,” says Prasad.

Patience: Building integrated townships has a long gestation period, and patience is the key. MWC began acquiring land in Chennai in 1996, but its first customer (Infosys) came on board in 2004. “Our board was very understanding and gave us the time [we needed]. This ensured that we did not dilute our quality parameters in terms of people we wanted to sell the land to,” says Prasad. This period of client inactivity was not smooth sailing: Infrastructure Leasing & Financial Services Ltd, which had taken a 38 percent stake in MWC, exited in 2004; Mahindra Group bought out its equity.

Long-term funding:
Long-term flexible funding is critical to the viability of such projects, and MWC faced many challenges on this front. When it first started out, most banks did not lend to infrastructure projects, and infrastructure development banks were not helpful either. It got a break when it presented the project to Deepak Parekh, then chairman of Housing Development Finance Corporation (HDFC). He was convinced of its need and offered a 10-year loan with a five-year moratorium.

Have a larger purpose:
“Our core belief through this project was to create economic growth and jobs and fuel exports. During the initial difficult years, we could have sold the land to anyone who came our way. But we did not do that. We handpicked those customers who could help us achieve our goals,” says Prasad. MWC’s contract with companies clearly specifies setting up of the facility and kick-starting economic activity. It also prohibits vacant land transfer to eliminate speculation.

Foresight: When MWC started taking shape, the debate was whether to keep it as an SEZ or offer domestic tariff area, too. With multi-national companies showing interest in coming to India, MWC decided to have a domestic tariff area. “This move helped us have a better mix of companies,” says Smeeta Neogi, vice president, marketing, Mahindra Lifespace.

Flexible planning:
“Having a vision and a plan to execute the township is important. But what is more critical is to keep the plan flexible,” says Prasad. MWC often tweaked the master plan as the project evolved and conditions changed especially in the context of residential areas where it increased the focus on low-cost housing.

Connectivity: This is a critical element for such projects as both people and material have to be moved. MWC is located on National Highway 45, not far from the airport, seaport and has a railway station. Nearly 15,000 people use the train services every day.

Inclusive development: MWC is unique in that there is an absence of a boundary wall and the presence of villages inside the township. “We did not go all out to acquire the entire [plot of] land. We built the city with them [villagers] as our stakeholders. People from these villages work in the companies inside MWC,” says Chandru.

Hierarchy-based development: It took a stratified approach to construction: Nothing was built all at once. It first got key industries in, created the infrastructure required for them to function efficiently, and only after achieving reasonable scale did it move on to residential and social projects. This way, it ensured that it was not drained of all its resources and there was a latent demand for its projects.

A township like MWC never remains stagnant, and challenges remain. For instance, there is concern among residents about the lack of a full-fledged hospital. “While every aspect of life is good here at MWC, I worry about falling sick. A good hospital is at least an hour away,” says Mishra.

A 30-bed hospital will begin operations soon within the campus, but concerns over poor volumes are putting off major players. It is a chicken-and-egg situation that MWC will have to crack. The key is to grow with its clients and residents.