Industry must gear up for GST era

Industry sectors are waiting to see when and how GST is implemented, but they should be doing their own share of preparations as well 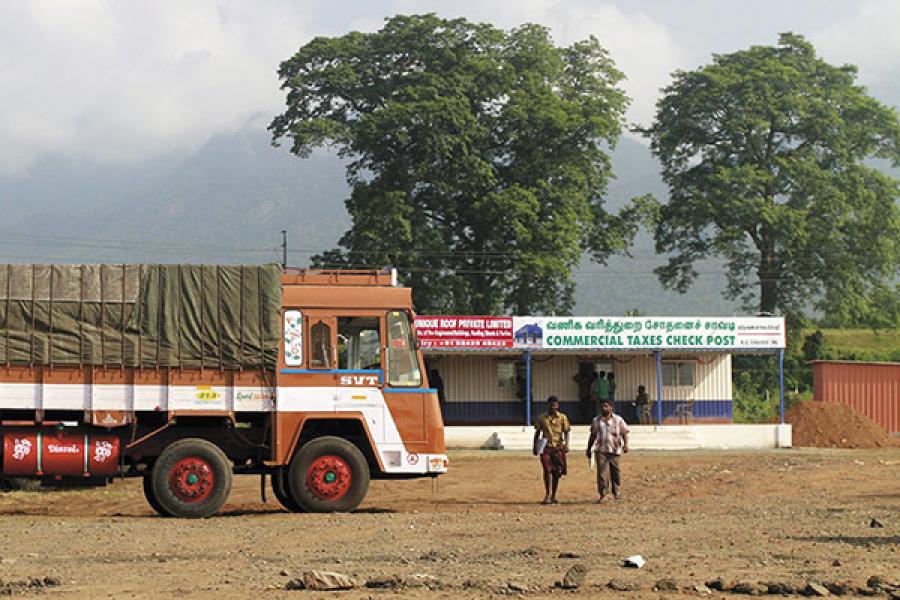 Image: Sivram V/ Reuters
The keenly awaited Goods and Services Tax (GST) Bill is likely to be a game changer whose impact will be seen on all business activities. It is therefore necessary that different industry sectors assess its impact and start working towards making their organisations GST-ready

The implementation of Goods and Services Tax (GST)—which would replace the present indirect tax structure and remove its inefficiencies, such as multiple levies, cascading effect, and consequent compliance burdens—has been a top priority for the central government. The tax, expected to be implemented from April 1, 2017, aims to create a unified national market, thus boosting exports (in terms of cost competitiveness) and adding almost 2 percent to the GDP’s growth.

In spite of the significance of this tax reform, its implementation has been delayed due to multiple reasons, including the lack of support from Opposition parties in Parliament. However, with the reduced strength of Opposition in the Rajya Sabha, following recent state elections, the chances of the government meeting the minimum requirement of two-thirds of the Upper House voting in favour of the bill has gained momentum. Thus, the hopes of GST becoming a reality have been revived again.

Despite uncertainties in the global markets on account of recent developments like Brexit, which is likely to change trade relations, India seems to be well-positioned to draw in foreign investment. This, combined with the efforts of Prime Minister Narendra Modi to attract foreign investments for the government’s Make in India initiative, puts up a strong case for the immediate introduction of GST in India.

The draft GST bill was officially released in the public domain to invite comments from stakeholders.

It shows the effort on the part of lawmakers to codify most of the indirect tax laws of the country in a single place, and introduce concepts like ‘supply’, ‘business segments’, ‘continuous supply of goods’, ‘place of supply rules’, and specific provisions for ecommerce operators.

While industry seems to acknowledge and laud these efforts, it is equally important that ambiguities, such as valuation of stock transfers under GST, be addressed.

The draft has made the Herculean attempt of subsuming multiple tax levies, with the intent to reduce multiple compliance, assessment and litigation burden. However, industry too has the daunting task of analysing the impact of GST on its operations. It will be felt in all business activities, including supply chain management systems (sourcing, pricing and distribution), cash flows, enterprise resource planning (ERP) systems, compliance processes, marketing, and all technology that enables this ecosystem.

It is imperative that different industry sectors assess the impact of GST on every aspect of their business and start working towards making their organisations GST-ready in order to ensure a smooth transition, and leverage on the opportunities thrown up by this tax reform.

Forbes India and Grant Thornton conducted a joint survey to gauge the sentiments of various industry sectors on their understanding of, and expectations from, GST. This survey focussed on some critical facets of GST, such as the rate of tax, compliances, fate of present exemptions, and the challenges ahead.

Finance Minister Arun Jaitley has repeatedly said that the intent of the present government is to curb “tax terrorism” and promote “investor friendliness” to attract foreign investments. However, so far, there has been no consensus on GST rates. Apprehensive that GST would impose a high rate of tax, which in turn would detract from voluntary compliance, Opposition parties have demanded that GST be capped at 18 percent. But, since the need for revenue, and the tax rates for different products and services, is expected to evolve over time, the tax rate should be enshrined in the GST Bill and not in the Constitution Bill.

The government has laid particular emphasis on its Swachh Bharat initiative and the welfare of farmers for which the Swachh Bharat Cess and Krishi Kalyan Cess have been levied on taxable services. It is interesting to note that the participants in the survey were equally divided on the continuation of such cesses, and the introduction of similar cesses under the GST regime.

The Constitution Amendment Bill exempts a range of goods and services (such as alcohol, petroleum, electricity, and real estate) from the application of GST. Such exemptions, which are absurd and serve no social or economic purpose, are massive and will adversely affect all sectors of the economy.

One of the important demands of industry is the inclusion of these sectors within GST, as leaving them out is likely to result in a severe cascading effect due to non-adjustment of input taxes with output taxes. However, only about 31 percent of the survey participants felt that all these sectors should come within the ambit of GST.

One area of controversy is the additional 1 percent tax on interstate supply of goods; the tax was proposed by the government to compensate manufacturing states for phasing out central sales tax. Application of this origin-based tax is contrary to the destination-based principle on which GST is based. This has been strongly protested by industry, and is reflected in 73 percent of the survey participants opposing this tax.

All segments of the business community, consumers and other stakeholders are eagerly awaiting this reform.

Although they may not know its precise details, and the effects, their enthusiasm for reform is apparent from their dissatisfaction with the current tax regime.

The introduction of GST will go a long way in the realisation of many critical objectives—such as making Indian exports globally more competitive, creating a unified national market where business decisions are based on commercial imperatives and not on differing tax structures of each state thus establishing a classic example of cooperative federalism, as demonstrated by the European Union.

Further, the benefits of GST will not be limited to industry alone; the bill is also expected to increase the tax base and, ultimately, revenues.