Implementation of GST will affect various sectors differently. Grant Thornton offers a quick look at how some of them will fare once the new tax regime comes into effect 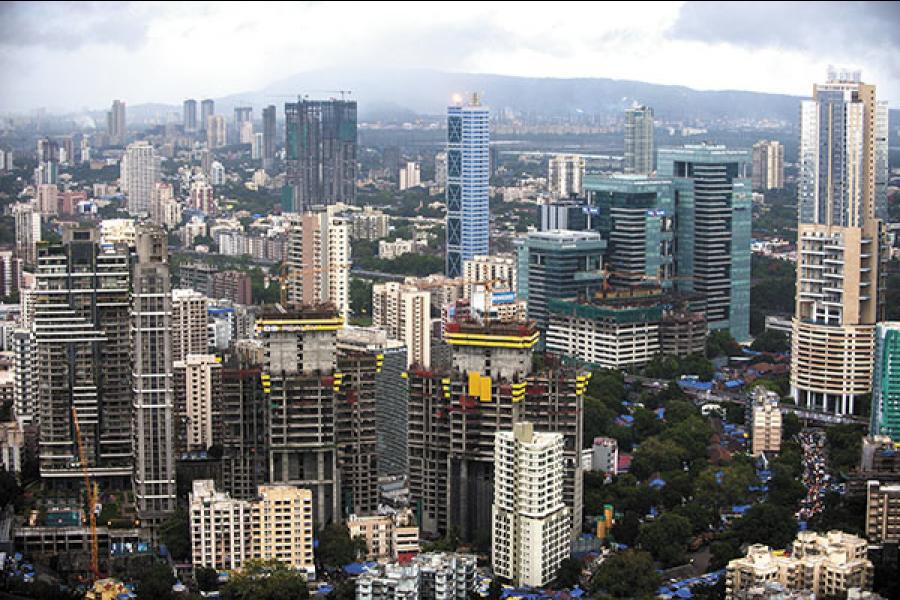 Image: Vikas Khot
If the real estate setor is brought within the ambit of GST, it will result in transparency and possible reduction in tax evasion cases

UPDATED: India moved a step closer to the implementation of the Goods and Services Tax (GST) regime, as its Parliament's Upper House, the Rajya Sabha, approved The Constitution (122nd Amendment) Bill, 2014 with 203 votes in favour and none against.

The GST, which is expected to be implemented from April 1, 2017, aims to replace multiple state and central levies with a single tax. Since the central and state taxes are likely to be subsumed under GST, it may result in fungibility of tax credits across intra- and inter-state transactions. Consequently, different industries may need to conduct a cost-benefit analysis in terms of applicable input and output taxes.

Real estate
Transfer of (completed) properties may continue to be outside the purview of GST and be liable only to applicable stamp duties.

In case this sector is brought within the ambit of GST, it is likely to result in transparency, which will significantly reduce tax evasion through more efficient transaction-tracking methods, and improved enforcement and compliance. Since GST may be levied on a single value, the current issue of levying tax on tax (VAT on central excise duty) is likely to be removed.

At present, developers pay various non-creditable taxes on supplies. GST may replace these multiple taxes with a single tax; credit on supplies may also be available, thus reducing costs for all players.

However, if real estate output is exempted, then input GST credit could be a substantial cost for the sector, resulting in blockage of credit and higher costs to end consumers.

GST may make things cumbersome as financial service providers may be required to adhere to compliances across multiple states instead of the current single, centralised registration compliances.

Also, as GST is a destination-based tax, it might be a challenge to determine the destination of certain services (at present, services are taxed at the place of rendering the service). This may lead to a difficulty in determining state GST, central GST or inter-state GST on B2B and B2C transactions.

Interest on loans, trading in securities, foreign currency and retail services are also expected to fall within the ambit of GST. Recommendations by the banking industry suggest that such services and income should not come under GST. It is still to be seen whether these recommendations will be accepted.

Overall, it appears that imposing GST on banking and financial services may become a challenge and India, if successful, will chart a new course, which could well become a model for the rest of the world.

At present, no credit is available on input services related to renovation or construction of hotels and resorts. This is expected to change under GST. R&D cess, payable on franchise fees and technical know-how, is likely to be subsumed under GST, thus simplifying compliance procedures and reducing multiple taxes.

However, it is unclear whether various benefits available under the existing Foreign Trade Policy will continue under GST. If such benefits are provided, input credit may not be available, resulting in higher costs.

On the whole, GST is likely to eliminate multiplicity of taxes and lack of credits. However, it may also lead to increase in tax rates.

The current cascading tax structure on import duty makes it expensive for the industry to import machinery. GST is likely to reduce this cost.

This sector enjoys several tax exemptions and benefits. It is still not clear whether these benefits will continue under GST. Health insurance and diagnostic centres, which are mainly service-oriented, may fall under higher tax rates, thereby making such services more expensive for consumers.


Alcoholic beverages
Alcohol for human consumption is proposed to be kept outside the GST regime, and will hence continue to attract state excise and VAT; however, inputs are likely to fall under the ambit of GST.

Consequently, there may be blockage of input credit, leading to increased production cost and inefficiency in production and distribution.

Higher input costs and its cascading effect on taxes may push prices upwards, and may also hit exports.


Education
The education sector currently enjoys various tax exemptions and benefits; services provided by schools and colleges are either not taxed or are covered in the negative list.

The situation is likely to continue even after the implementation of GST. In case it doesn’t, the sector may be able to avail of input credit or CENVAT credit on the duty paid on purchase of inputs and services. These are likely to bring down the final cost for the industry.