How the Super 50 companies achieve greatness

While their end objective may be a strong bottom line, what sets Forbes India's Super 50 Companies apart from others is their approach to achieving it. They focus on qualities that 'wow' customers, keep employees happy and, in the process, keep their cash registers ringing 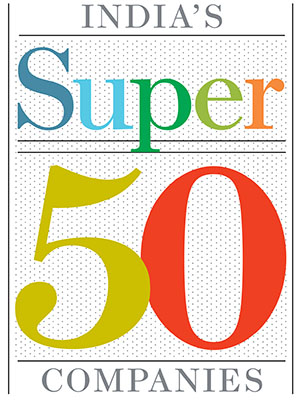 Greatness is not a function of circumstances. Greatness, it turns out, is largely a matter of conscious choice and discipline,” says James C Collins in his best-selling management book Good to Great: Why Some Companies Make the Leap…and Others Don’t. This aspect is best embodied by the companies that make it to Forbes India’s Super 50 Companies list, now in its second edition in collaboration with knowledge partner PwC India. Entry into this annual list—it is not a ranking—is based on a three-step methodology that focuses on shareholder return, sales growth and return on equity (RoE) over a period of three years (see detailed methodology at the bottom). Certain characteristics help these companies outperform their peers on these parameters. In other words, transform them from being good to great.

What are these qualities? Customer focus stands out clearly. In fact, IndusInd Bank’s stupendous growth would not have been possible without it. Its video branches, fingerprint banking or the automated teller machines that give you money in the denominations you want, are just some of the more visible innovations.

Pidilite, a leading maker of adhesives and industrial chemicals, works very closely with electricians, carpenters and plumbers, who are the actual users of its products, to identify gaps in the market that they can then capitalise on.

South Asia’s largest express courier company, Blue Dart Express, claims that almost all its premium products—be it Domestic Priority 1030, Cash on Delivery or the dedicated freighters it has decided to operate—are the result of carefully listening to customer pain points.

In order to wow their customers, they understood they first needed to keep their employees happy and the Super 50 companies seem to go out of their way to ensure this. You will find this particular attribute prominent in the following pages. 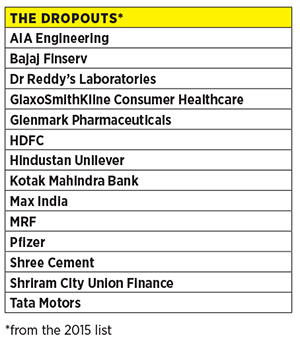 Another characteristic that these companies display is their penchant for the right kind of acquisitions. Vadodara-based Alembic Pharmaceuticals used that strategy to aid the transformation from an active pharmaceutical ingredient player to a manufacturer of generic formulations.

Likewise, Havells became a global player after acquiring European lighting major Sylvania (a company that was one and a half times its size at the time) in 2007 for Rs 981 crore. When it realised that the acquisition was not delivering the value it was supposed to, Havells chose to sell 80 percent stake in Sylvania earlier this year and pocketed a cool Rs 200 crore profit.

These qualities are not rocket science. What is noteworthy is that these super-achieving companies, as Collins puts it, make a conscious choice to imbibe this approach and, importantly, are disciplined enough to implement it in their every day operations. And that makes all the difference.


Methodology
Forbes India, with knowledge support from PwC India, adopted a robust multiple-stage process to select India’s Super 50 Companies. In the first stage, a set of eliminators was employed to arrive at a critical mass of strong contenders. Out of all the listed companies on the stock exchanges, we selected those with a market capitalisation of more than Rs 10,000 crore (as of March 31, 2016). From these, all PSUs were eliminated; only the top two companies from any business group were included; companies where trading was suspended for penal reasons were removed and so were those that were listed after April 1, 2013. This yielded a list of 111 companies which were further evaluated on a different set of parameters. These parameters included shareholder returns exhibited on the stock exchange over a three-year period, sales growth and return on equity. As a final check, we considered those companies which were more consistent than others—in the context of our parameters—and we also used relevant eliminators to remove the outliers. The result is a strong list of companies that comprise Forbes India’s Super 50 listing.

Tweets by @forbesindia
Rajya Sabha passes GST Bill: How it will impact various sectors
India Inc is bullish on GST