McDonald's tries to keep its head above water with cost cuts 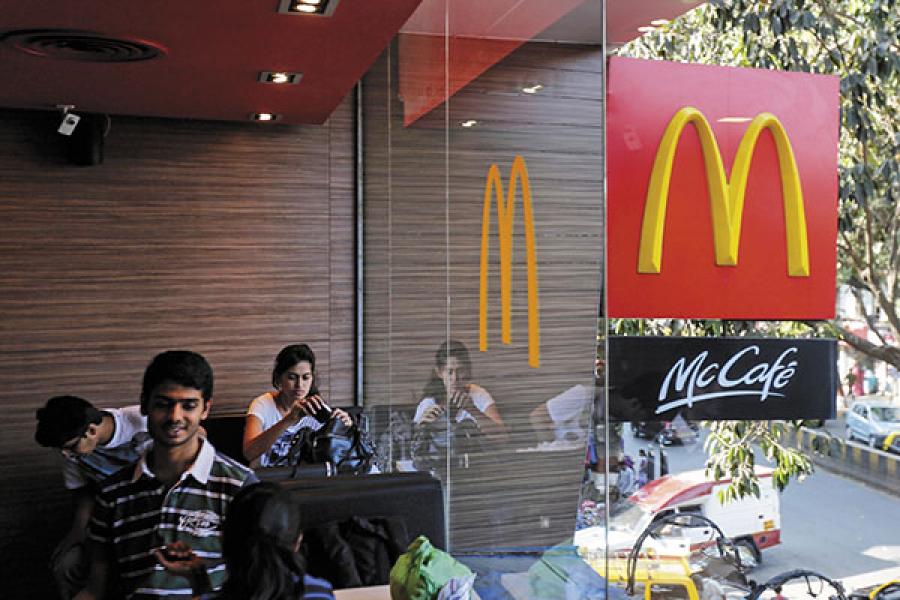 Image: Shailesh Andrade / Reuters
Equipment localisation and restaurant redesign have resulted in a 20-25 percent saving in capital expenditure for McDonald’s

The McDonald’s outlet in Bandra, Mumbai, recently got a facelift, with gleaming counters and refurbished interiors. There is also a new addition: A McCafe.

The outlet is symbolic of the deeper changes that have been brought about by Amit Jatia, 49, a majority stakeholder of parent company Westlife Development which runs McDonald’s in south and west India, in his attempt to counter high levels of food inflation and stagnating same-store sales growth that was plaguing the company three years ago.

With the company reporting a loss of Rs 29 crore in March 2015, the year witnessed a reimagining of the way the company does business. Dubbed ROP (Restaurant Operating Platform) 2.0, the approach called for examining each individual component of the business.

In order to reduce development costs, the restaurant furniture and kitchen equipment were no longer sourced from foreign suppliers—production was localised. Westlife also got McDonald’s global equipment suppliers to work jointly with its local suppliers on design and material sourcing, thus minimising costs without compromising on world-class quality. The company further cut operational costs by installing LED lighting, and solar panels to heat water, thus eliminating the need for boilers. These additions were at par with McDonald’s outlets in other countries.

As part of a global procedure, labour productivity was improved according to the findings of its Global Innovation Centre at Illinois, US, which conducted simulations of a McDonald’s worker’s environment to analyse areas where productivity could be increased. “Every improvement was viewed as an opportunity to increase efficiency and lower costs, and the capital expenditure for each new restaurant was brought down by 20-25 percent,” says Jatia.

To boost same-store revenues, baseline sales were increased by adding new products to the menu once every 12 to 18 months.

Westlife plans to add 20 to 25 restaurants every year, which will include going deeper into existing cities as well as expanding to new cities like Nagpur. “There are so many areas of Mumbai itself that we haven’t touched,” says Jatia. “For me, any area where people live, and any place they go to work, presents a business opportunity.”

Tweets by @forbesindia
Byju's in advanced talks with investors to raise $50 million
Rajya Sabha passes GST Bill: How it will impact various sectors