Children in cinema: The kids are (not) alright 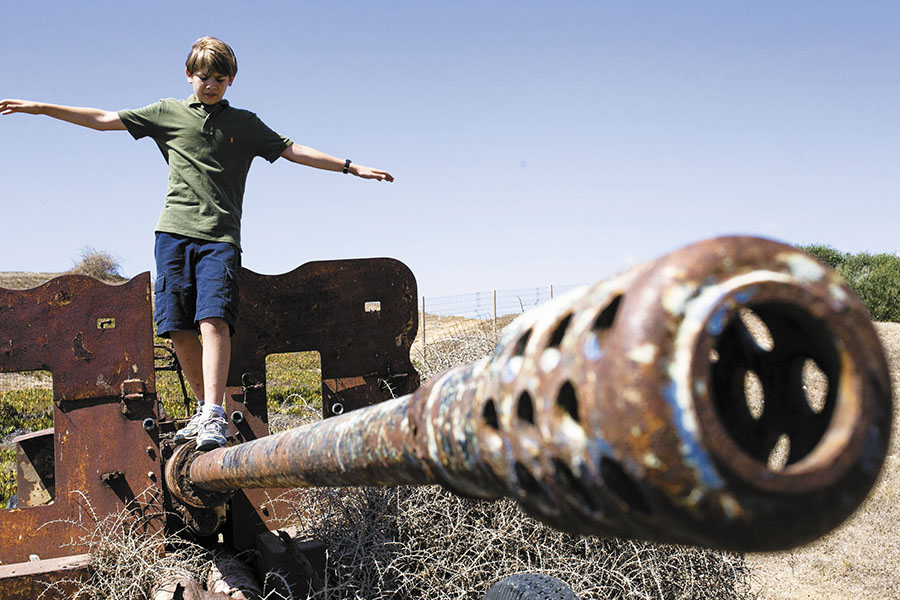 Land of the Little People is about four children who turn an abandoned military camp into an arena of atrocities
Image By: Victor Bezrukov

A schismatic world is a problematic one. Torn asunder by adults unable to keep peace with political, religious or moral ideals that contradict theirs, it is hostile to children. And yet, they are expected to navigate the uncertainties—a sudden redrawing of boundaries, unrest in the state or neighbourhood, violence on the streets, in schools, or at home—created by grown-ups.

At the sixth edition of the Dharamshala International Film Festival (DIFF) this year, several films were preoccupied with the predicaments of children. The child protagonist emerged either as a survivor, or a victim, or merely a body that swells the numbers of the anonymous dead. Commenting on the selection of these films, Ritu Sarin, who co-founded DIFF in 2012 along with filmmaker husband Tenzing Sonam, says, “Our main section this year had a number of films with kids as protagonists: Ashwatthama, Land of the Little People, Village Rockstars and Communion. Although this was coincidental, we do have a soft spot for films that feature children, so perhaps there was a subliminal selection process happening.” The venue of the festival—the Tibetan Children’s Village school in Dharamshala—perhaps also called for a befitting roster, she adds on a lighter note.

Typically, children, and young adults are befuddled targets and tragic fatalities in dramas orchestrated by grown men and women. A poignant example is New Delhi-based director Dheeraj Jindal’s The School Bag, which is a fictional retelling of the 2014 terrorist attack on the Army Public School in Peshawar; at least 132 children were killed in the massacre. In the film, little Farooq’s persistent pleas for a new school bag as a birthday present, and his mother’s ultimate giving in, become a comment on a milieu racked by terrorism. The schoolbag—a proud emblem of certitude and discipline—becomes the metaphor of uncertainty and irredeemable loss. “Whenever you read about a tragedy in the papers, or see images, you see footwear or other personal items covered in blood,” says Jindal. “The schoolbag is meant to be a symbol of something terrible that has just occurred.”

“The best children’s films force us to reconsider our own certainties as adults.”

Other DIFF films also examined how the tenuous happiness of young people is destroyed by outdated social mores and morality. Norwegian-Pakistani filmmaker Iram Haq’s feature film What Will People Say is the tale of a precocious 16-year-old, Nisha, who lives in Oslo with her regressive Pakistani family. Nisha is sexually aware and exploratory, and her family is perturbed by this. When her father Mirza walks into her bedroom and finds her with a boy, he assumes they have had sex. Fearing the censure of Oslo’s Pakistani community, he takes her to Islamabad, and leaves her, against her wishes, with a bucolic throng of relatives. 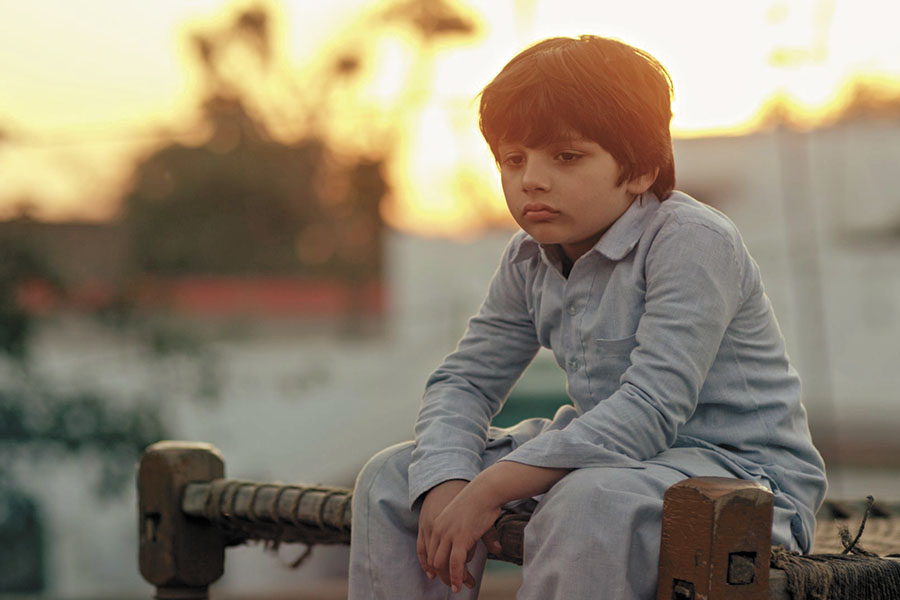 “It’s a relevant story. It examines what can happen when someone is in a position of authority or controls your life in some way,” says actor Adil Hussain, who plays the anguished Mirza. What Will People Say is a series of decisions that are calamitous for Nisha but seen as appropriate steps in a prudish community. It also denunciates people who migrate to the West in search of better opportunities, but carry the baggage of oppressive values. With biographical undertones, Haq’s film examines Nisha’s bewilderment and torment. Ekavali Khanna, who plays Nisha’s despotic mother Najma, highlights how migrant communities cling to beliefs that no longer serve them: “They move to the West for more freedom, but are trapped by regressive attitudes.”

Other child protagonists, in a vastly different portrayal of human misadventure, are eager perpetrators of violence. Israeli director Yaniv Berman and Palestinian producer Tony Copti’s Land of the Little People is about four children who turn an abandoned military camp into an arena of atrocities. When they discover two army deserters hiding there, they plot to reclaim their territory. By far the most disturbing scenes are those in which the four unleash violent acts of retribution upon the fugitives. Unlike the archetype ragamuffin of Hindi cinema—orphaned and abused, but lovable despite the sloughing away of innocence—there is nothing redemptive about these children. “In Israel, children mature early as violent people,” says Berman, adding that in a society constantly racked by war, “one prepares a child to be a tough guy”. 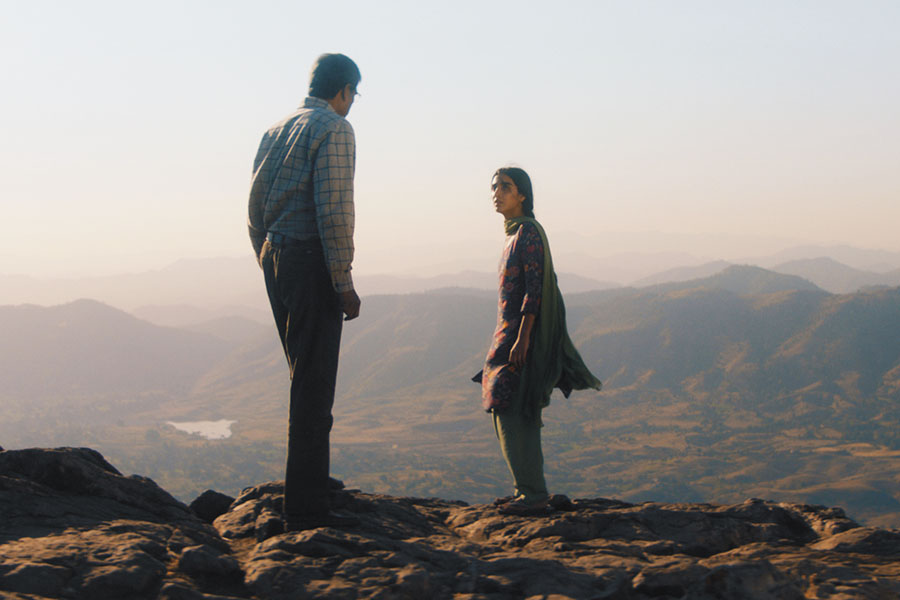 Nisha, 16, with her father Mirza in What Will People Say

Mainstream Hindi cinema has grappled with the joys, sorrows and perplexities of children through a variety of stories. An example from recent times that suggests itself for its contemporariness and sensitivity is Taare Zameen Par (2007), which highlights the havoc wrecked by dyslexia on children and their families. The film’s creative director and writer Amole Gupte hosted a talk show on Sony TV called Bindaas Bol in the mid-1990s, which dealt with the complexities of parent-child relationships and peer pressure. “Taare Zameen Par is a byproduct of sitting and talking with children for a decade,” he says, referring to the insights he gathered through Bindaas Bol. He mentions our tendency to judge and label children as “clever” or “dull” or “quick” or “slow”, and hopes that Taare Zameen Par is a gentle condemnation of this. “Teachers ought to teach, not judge; in schools, even a slightly different child is not tolerated by the staff.” Gupte’s subsequent films—Stanley Ka Dabba (2011), Hawaa Hawaai (2014) and Sniff (2017)—have been a continuation of his portrayal of the world through the eyes of children.
Traditionally, Bollywood films were indifferent to the child-centredness that Gupte ushered into the mainstream, and dealt with children, or entertained them on screen, by incorporating slapstick comedy, fantastic elements, or comic action scenes. Often this was done by including incidental songs like ‘Phoolon ka taron ka’ in Hare Rama Hare Krishna (1971), the title song of Yaadon ki Baaraat (1973) or ‘Lakdi ki kaathi’ in Masoom (1983)—or fantastic elements, such as in Haatim Tai (1990), Chhota Chetan (1998) and Bhootnath (2008). It was also common for child actors such as Baby Tabassum, Jugal Hansraj, Baby Guddu and Master Bittoo to sing, dance and mouth dialogues in films that were thematically for adults, with oblique references to their own joys and sorrows. 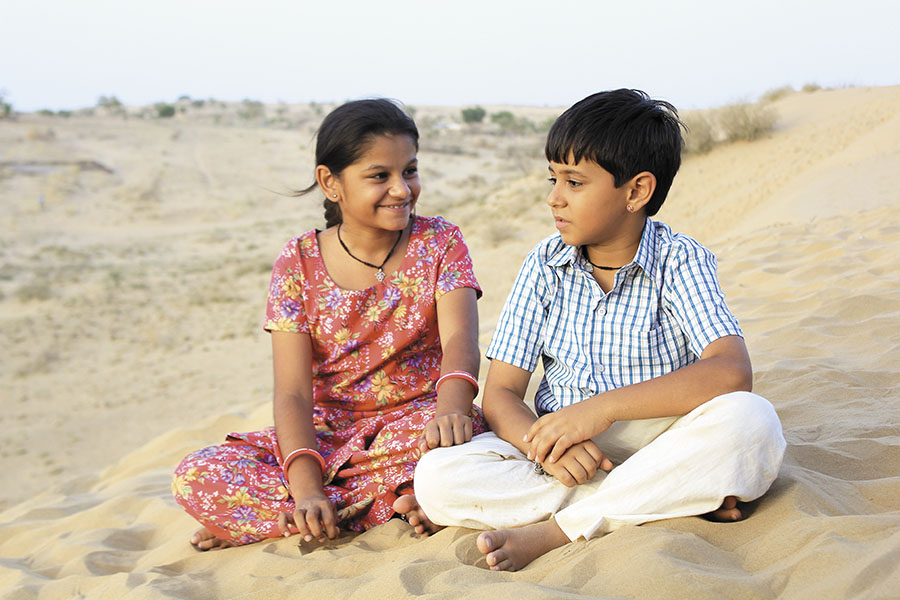 The formation of the Children’s Film Society of India (CFSI) in 1955 was intended to encourage films specifically for children. Work done under its aegis include Shyam Benegal’s Charandas Chor (1975), Sai Parānjpye’s Jadu Ka Shankh (1974) and Sikandar (1976), and Mrinal Sen’s Ichchapuran (1970), which are examples of an imaginative retelling of folktales and mythology with a moral lesson. CFSI Chairperson Mukesh Khanna, however, highlights the inclination of current filmmakers: “The whole point of children’s films has become festival-oriented; directors want to win the Best Director at Cannes!” He talks about a need for films that drive children to the theatres: “If you can’t make films like the Harry Potter series, at least make something like Shaktimaan.”

In an essay titled ‘The Death of Children’s Cinema’ in the book Hindi Cinema: An Insider’s View (2009), author Anil Saari rues the swift passing of an enthusiasm for children’s films, which was initiated by the Indian New Wave in the 1970s, “Regrettably, there were no new or younger directors waiting to step in once the ‘seniors’ moved out. Nobody was impatient to seize the opportunity that suddenly became available. Even more regrettably, of the luminaries of new Indian cinema, only Satyajit Ray was to return constantly to children’s films.” 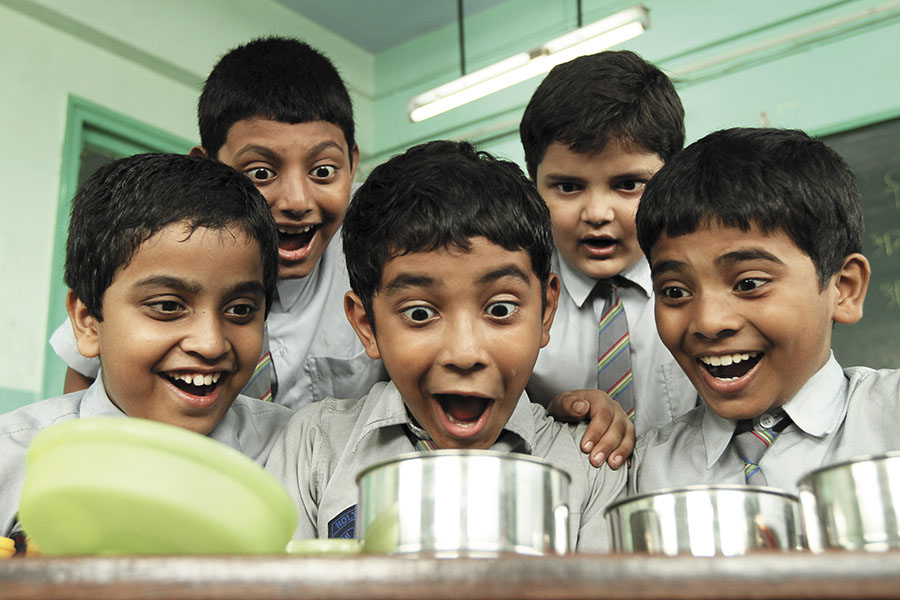 Stanley Ka Dabba is about a schoolboy’s painful secret

The work of filmmakers such as BV Karanth (Chor Chor Chup Ja, 1975), or Kantilal Rathod (Adventure Of Sugar Doll, 1964) would become examples of a drive that held promise but did not culminate into a movement.
Dreams great and small, and the obstacles that must be overcome to achieve them are the gossamer material of recent films with child protagonists. For instance, Nagesh Kukunoor’s filmography—Rockford (1999), Iqbal (2005), and Dhanak (2016)—is either about the messy business of coming-of-age, or about the ephemeral ambitions of children. But the filmmaker says, “These three films that children identify with most were not written for them. I chose not to dumb down the stories; in fact, I was quite surprised when Dhanak won an award in the children’s film category at Berlin.”

Dhanak, which premiered at the 65th Berlin International Film Festival and won the Crystal Bear Grand Prix for best Children’s Film, is the story of 10-year-old Pari, and her visually impaired brother, eight-year-old Chotu, who walk a long distance to school every day, and tell each other stories about films of their favourite stars, either Shah Rukh Khan or Salman Khan. The film is also about the arduous journey they must undertake in a bid to restore Chotu’s eyesight. 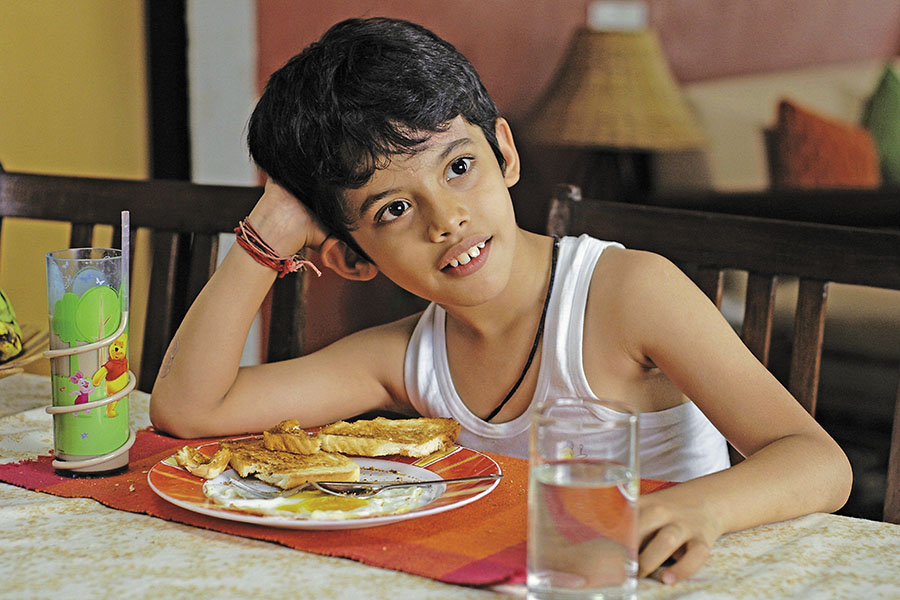 These seemingly insignificant ambitions of children are also portrayed in Nila Madhab Panda’s I Am Kalam (2011), which hinges on its child hero’s question: “Why can’t poor kids go to school, father?” His father’s response, “Destiny!” simply isn’t good enough for Chhotu, who, inspired by APJ Abdul Kalam, sets about altering his own destiny. “I had lost my childhood in the struggles of life. I wanted to tell the story of a child who creates his own destiny,” explains the filmmaker.
It isn’t easy, though, to slip under the skin of children and tell their story. “The biggest challenge is how to filter out the director’s own perspective from that of the children. The most successful films with children as protagonists are those that manage to present a worldview that is entirely from the child’s perspective,” says Sarin, citing the 1959 French Drama Les Quatre Cents Coups (The 400 Blows), directed by François Truffaut, as an example of a film that has succeeded in this. “This is a difficult thing to achieve; as adults, we have lost the ability to think and see like children.” The child’s eye, or a view of the way things are, or ought to be, makes for forceful and intimate cinema. Says Sarin: “The best children’s films force us to reconsider our own certainties as adults.”

Tweets by @forbesindia
Show me the money: Celebs and their strategic investments
Set in time: Through Nemai Ghosh's photo archives