Like every Vyas before him, Anant Pai shone the copper so a new generation could see itself reflected in mythology

Myths are so intimately bound to the culture, time, and place that unless the symbols, the metaphors, are kept alive by constant recreation through the arts, the life just slips away from them.

Joseph Campbell in The Power of Myth
I’ve always been hopelessly attracted to people with projects. The kind of people who set themselves epic tasks of their own volition. The kind of tasks that, between start and finish, will alter the very mettle of your being. 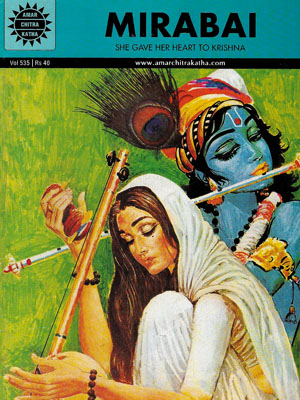 Anant Pai took on his own epic project in 1967. For 40 years, he ran a tight, authoritarian ship with a team of carefully selected artists and writers; combing through a bottomless trove of Indian lore, pulling up stories — some timeless, some obscure — giving asphyxiated tales a kiss of life in comic book form. The format that Pai chose was concise. Plotlines were linear; loose ends always tied themselves up by the last page; and, in a boggling display of simplistic storytelling, the cast was acutely polarised (Deva v/s Asura, Indian v/s Invader). Characters spoke in oddly complete sentences; the artwork was an amalgam of 1940s Hollywood jawlines, Ajanta fresco languor, Chola bronze voluptuousness, and Lee Falk action. The situation is arguably better now, but back when Amar Chitra Katha’s (ACK) first title came out, comics were seen as the lowbrow refuge of intellectual featherweights and boys in knickers.

Why does a man choose to take on a juggernaut? Nandini Chandra, author of The Classic Popular, suggests that Pai saw his work primarily as a nation-building exercise. It is true that Pai saw himself primarily as an educator, and shared the good teacher’s commitment to speaking the language of the time; one wonders about the personal quest that oft underlies audacious undertakings. What archetypal journey did this Goud Saraswat boy from Karakala, South Kanara, who lost his parents at the age of two, embark on when he decided to make the epics and Upanishadas accessible to the masses?

A stickler for rigour, Pai insisted that a slender 32-page book have as many months of research behind it. We speak of a pre-Google era, of a project that ran on a meagre budget, of writers and illustrators that had ad agency day jobs and looked at this work as a prestige project, a labour of love. Pai ended up editing 439 ACK titles; and two generations of Indians that can tell Vasavadatta from Ratnavali, and Nahusha from Ghatotkacha, will most likely have Anant Pai to thank. As someone who has spent the better part of two years trying to grasp the psychological and philosophical import of the Amrit Manthan, I can attest to how the knowing brevity of the script of Churning of the Ocean makes it a source of wonder, even after so many years, and readings on so many levels. And in the hands of an artist extraordinaire like Yusuf Lien, the underdog medium, poor printing technology and all, even transcended to the realm of the sublime — Mirabai being case in point.

Had I been old enough to trust a simple question in 2007, I would’ve asked Pai why he took on what he did. (I asked Bibek Debroy, the economist who has set himself the task of translating the Mahabharat in 10 volumes, the same question earlier this year; and was enthralled to find that the answer is often as simple as the question itself: Some of us do these things because that is what we are meant to do). Instead, we ended up having a conversation replete with stock anecdotes that surface in each retelling of the mythology of Anant Pai’s life: Story about the quiz contest where children knew more about Greek mythology than about Indian mythology, firming Pai’s resolve to shake the Western stronghold over Indian imagination; story about Pai’s early days of personally vending ACK titles at petrol pump kiosks; the years of celebrity: Atal Bihari Vajpayee comparing his appeal to Chacha Nehru’s, Mikhail Gorbachev calling on the phone to crosscheck the meaning of a Sanskrit quote.