From building connections to maintaining them, simple networking lessons can have an outsized impact on entrepreneurs' bottom lines 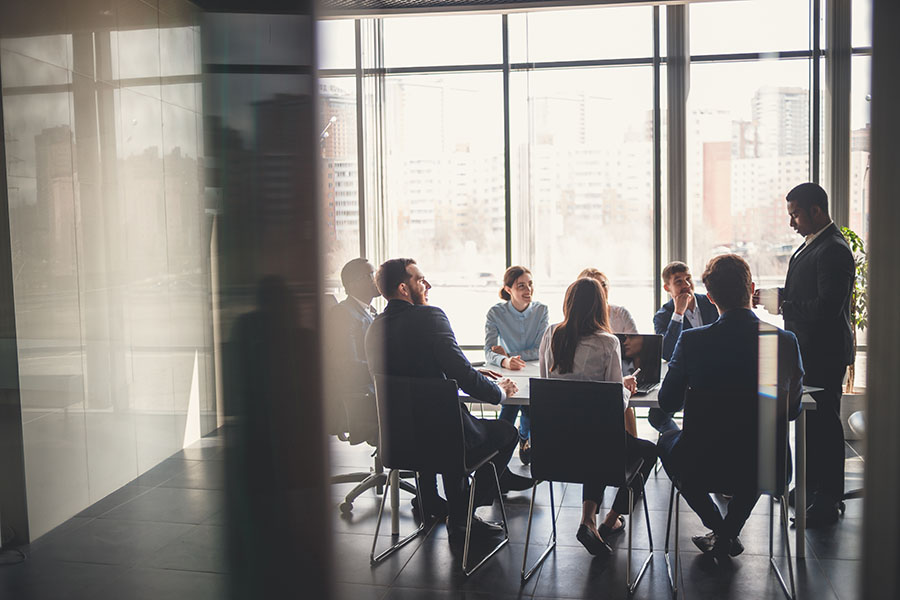 A growing amount of evidence suggests that connections with a larger and more diverse group of peers can greatly improve a company’s success Image: Shutterstock

Recent research has revealed a paradox in common business practices. A growing amount of evidence suggests that connections with a larger and more diverse group of peers can greatly improve a company’s success. Yet, entrepreneurs chronically squander opportunities to expand their network.

“People don’t really mix at mixers. Oftentimes they end up talking to people they already know,” says assistant professor of strategic management at the Rotman School Stefan Dimitriadis, citing a study from Columbia University. “If these contacts are so valuable, why aren’t they making more of them?”

According to a recent paper in Management Science by Dimitriadis and Harvard Business School professor Rembrand Koning, an important impediment to making the right connections is the way business leaders tend to communicate. The study compared two groups of entrepreneurs in Togo, a small country in West Africa that the U.N. lists among the world’s “Least Developed Countries.” Dimitriadis became interested in Togo after travelling there for his dissertation research.

“I was fascinated by how people could start a business in such resource-constrained environments, and how creative they were in overcoming the various challenges,” he says.

While all the Togolese participants in the study attended a business training program, one cohort participated in additional training on social skills and communication. Though the session lasted for only two hours, it proved an effective tool. The entrepreneurs who received the training formed more high-quality business relationships and increased their profits, the researchers found.

Central to the instructors’ message was the idea that individuals were members of a business community. If the community thrived, so did they. As a result, the trainees tended to view interactions with their networks as more collaborative and less competitive. After the training, they sought out social interactions with their peers, asked more questions and gave more advice compared to the control group.

A second aspect of the program focused on finer details of a good business conversation. The instructors taught the entrepreneurs to be clear and direct when offering or asking for advice and stressed the importance of keeping conversations focused on business. While it’s easy to create a connection with someone based on a shared interest (such as a love of a sports team or mutual friends from a hometown), it’s more important to choose professional relationships based on complementary aptitudes and experience.

Also read: How to live happier in 2023: Diversify your social circle

The study found that entrepreneurs who participated in the training program made 50 per cent more connections than their counterparts, and a higher percentage of those relationships were based on complementary managerial skills. In short, they formed more useful relationships.

“Let’s say someone really wanted to improve the accounting practices at their business,” Dimitriadis poses. “The odds that they would find someone who possessed those skills and form a relationship increased dramatically once they had better social skills.”

The researchers observed a secondary effect of this increase in professionally useful relationships. As is true of almost any group, Togolese entrepreneurs naturally tended to associate with other people from similar ethnic and cultural backgrounds to their own. But those who participated in the training saw an increase in the ethnic diversity of their peer network. At the end of the day, diversity is good for business.

Before the close of the training program, the instructors talked about the importance of maintaining relationships by following up after a conversation. Too often, a promising opportunity fizzles if an entrepreneur forgets to take down contact info or doesn’t follow up until months later. The ability to maintain relationships is just as important as the ability to form them, the instructor stressed.

Also read: The top languages to learn for international business

Perhaps the most remarkable result of the study was that entrepreneurs were able to unequivocally improve their bottom line with better social skills. On average, their monthly profits were 20 per cent higher than their counterparts one year after the training.

“This is a really large effect for a seemingly simple intervention,” Dimitriadis says. “It speaks to the centrality of social skills and how they can have knock-on effects. These types of investments can generate continuous returns over time.”

Dimitriadis is hesitant to take a definitive stance between the results in Togo and their applicability in other contexts. But he says the value of social skills is not unique to any one particular country. In Togo, where there are few professional associations or resources for professional development, a two-hour training had a pronounced effect. That effect might be much smaller in Toronto or San Francisco, though the underlying forces likely hold true. Good communication is good business.