The top languages to learn for international business

As we become increasingly connected and businesses strive for further global expansion, the ability to communicate and interact with others is more important 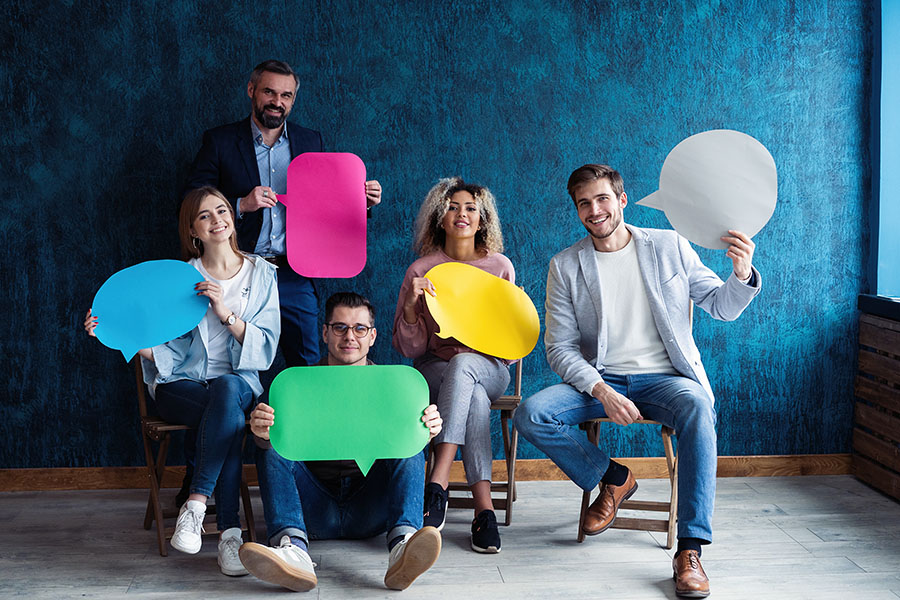 As the world becomes increasingly connected and industries strive for further global expansion, the ability to communicate and interact with others around the world becomes more important — especially with regard to business relations Image: Shutterstock

There are polyglots — people who can assimilate multiple languages — and then there are the majority of people who can understand their native language and possibly one more.

There are currently upwards of 7,100 spoken languages across the globe. Indonesia has 715 languages, India has 456, China has 317, and Brazil has 238, according to Ethnologue.

It’s likely impossible for one human to learn every language in a lifetime. But, as the world becomes increasingly connected and industries strive for further global expansion, the ability to communicate and interact with others around the world becomes more important  — especially with regard to business relations.

Languages Spoken in the United States

If plans are to conduct business solely within the United States, there are several languages that may be worthwhile to consider learning. Beyond English and Spanish, Mandarin and Cantonese are the most commonly spoken languages in the U.S., followed by Tagalog, Vietnamese, Arabic and French/Louisiana French, respectively.

When deciding which languages to conquer, it is important to consider the geographical and demographic factors specific to the nature of the business being conducted.

Language Is Important to Online Business

A survey of nearly 9,000 global consumers found that 76% of respondents who shop online reported a preference to buy products from websites that have information in their native language. The survey was conducted throughout 2020 by CSA Research in conjunction with Kantar.

The respondents, who hail from 29 countries in Europe, Asia, North America and South America, indicated the following:

Advantages in Learning Other Languages

Learning non-native languages may open up more career opportunities or advance existing careers, especially as an increasing number of workers hail from across the globe or work remotely.

A survey conducted by Rosetta Stone in 2019 showed that 35% of its users responsible for hiring or managing said an employee’s proficiency in an additional language resulted in one or more of these actions:

Other Ways To Overcome Language Barriers

Speaking to prospective clients, customers, and business associates in their native languages can show respect and help break down potential communication and cultural barriers.

Even knowing a few words, such as a greeting, in the language of someone else can demonstrate an openness to their language and culture, which can translate as acceptance of the individual.

Showing, not telling, can be a way to enable good communication with persons who speak other languages, according to Berlitz, a 144-plus-year-old language and cultural training company. Visuals, including PowerPoint presentations and other materials produced in a non-native language, can help aid communication between people, Berlitz notes.

The International Trade Commission provides Country Commercial Guides that offer insights into customs and languages used in various countries in Europe, China, Western Hemisphere and Canada, Asia and the Middle East and Africa.

Best Languages To Learn for Military or Government Roles

English, Arabic, Farsi, Mandarin, Koran and Pashto are sought-after languages for people seeking to work in government or the military, according to Berlitz. These languages are also good for professionals who conduct business with either of these entities.

Deciding which language to learn can involve many considerations, including the region in which global business will be conducted, the industry, and the spoken language most prevalent within the latter. Understanding the nuances of any second or third language can help determine a career path and advance an existing business endeavor or nearly any role.

English and Mandarin Chinese are the most commonly spoken languages globally, followed by Spanish, French and Arabic. Because of this, speaking any of these languages can provide benefits to business professionals and their organizations.

Besides understanding other languages, it’s good to remember that being culturally aware and open-minded to different languages and cultures is also important to building business around the world, Berlitz notes.

Also read:  Live abroad to excel in the language of leadership

The 5 Top Languages To Learn for International Business

Consider individual goals and those of companies and industries when determining which languages to consider learning. The following are five languages that may provide a solid foundation for global business, as recommended by Thunderbird School of Global Management at Arizona State University.

Several countries in Europe, the Caribbean, Oceania, Asia and Africa speak English in addition to other possible languages.

Mandarin is the official language of China, the most populous of all Asian countries. Chinese is among six official languages of the United Nations. More than 70 countries teach Chinese in their national education systems, and an estimated 200 million people globally have learned Chinese. The latter includes the United Kingdom, Russia, South Africa, South Korea and Australia.

French is the primary spoken language for more than 250 million people, according to Nations Online Project. It is also used as a second language in many countries. Countries in Africa, Germany, and many others speak this Romantic language.

More than 400 million people, mostly in the Middle East and North Africa, speak Arabic or one of its dialects, Nations Online Project notes. It’s the official language of 22 countries, including Egypt, Iraq, and Saudi Arabia.