When it comes to the potential audience base in India, streaming platforms have just scratched the surface. But with demand uptick, led by live sports and regional content, the future looks promising 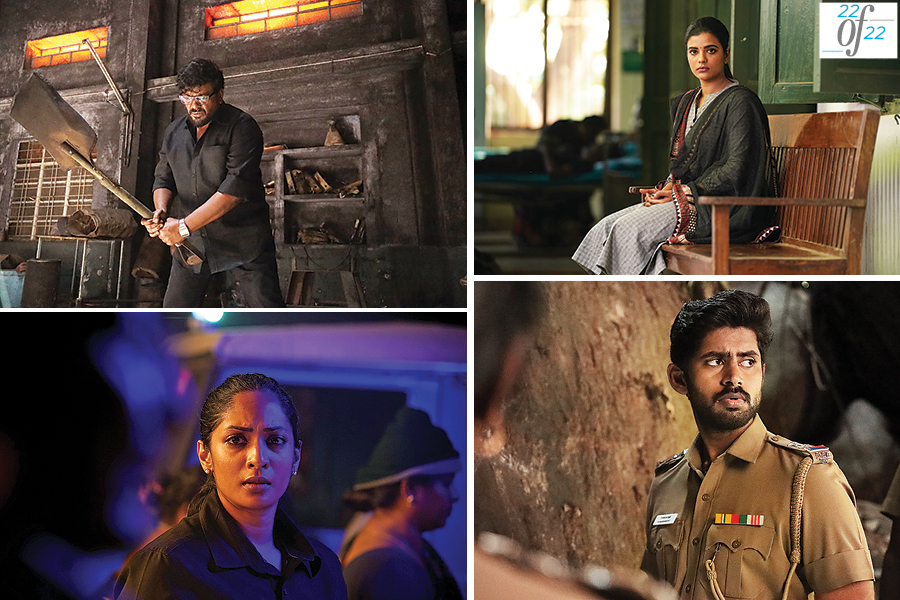 Major consumption of regional language content continues to be on television, with hits like Suzhal: The Vortex, a segment that is still expected to grow immensely Image: Courtesy Prime Video

Viewers of streaming platforms in India have increased by 20 percent, from 353.2 million in 2021 to 423.8 million this year, as per a recent Ormax OTT audience report. Over-the-top (OTT) platforms have touched a mere 30 percent of the total population—a majority of which comes from metro cities. The next phase of growth is expected to come from smaller towns and rural India.

“We have seen many of the largescale subscription video on demand (SVOD) platforms cutting prices; customers have now become receptive of paying to watch video content. We believe that SVOD will continue to grow at a slightly higher pace as compared to advertising-based video on demand (AVOD),” says Karan Taurani, SVP, Elara Capital. Currently there are 130.2 million paying SVOD customers, as compared to 110.5 million in 2021.

While the sector continues to grow, the past year has seen a lot happening in the OTT sector, globally as well as in India, and new trends continue to emerge.

Two of India’s largest media companies are all set to join forces to take on global giants. The combined entity will house close to 75 news, entertainment, sports and movie channels. Even within the OTT space, SonyLIV has a bouquet of live sports including cricket, football, tennis and pro wrestling. On the other end, Zee5 has a solid slate of regional language content. Together, Sony-Zee are expected to be a formidable player in the OTT space in India. According to data, research and analytics firm Ampere, SonyLIV and Zee5 together is expected to touch 26.2 million subscribers by 2024.

Live sports is known to be a key driver in the growth of any OTT platform in India. Experts believe, the IPL led to Disney+ Hotstar’s rise to the top—with has 50 million paid subscribers. However, on June 14, after three days of intense bidding, Disney Star won the television rights, but lost the digital rights
to Viacom 18, which offered ₹23,758 crore for 2023-2027.

“We estimate that Disney+ Hotstar is facing the threat of losing between 30 and 40 percent of its subscribers after losing the IPL rights,” says Constantinos Papavassilopoulos, principal analyst at London-based technology consultancy firm Omdia.

While this is a big loss for Disney+ Hotstar, Viacom 18’s OTT platform, Voot, is expected to gain much out of this. Says Taurani, “They [Voot] are not in the sports genre yet, but post IPL, a lot of Disney+ Hotstar’s paying subscribers are likely to move to Voot. But Voot needs to up its game in terms of user experience.”

Also read: If you fail in OTT as an actor, then it's difficult for you to survive: R Madhavan

As per a recent FICCI EY report, the share of regional language content on OTT will be 54 percent by 2024. “Even now, the major consumption of regional language content continues to be on television. I think that is one segment that is still expected to grow immensely, close to 40-50 percent of budgets of large and small OTT platforms are moving towards regional,” adds Taurani. From Amazon Prime Video, Disney+ Hotstar to SonyLIV, Zee5 and Netflix, all platforms are scouting for good content in this space. Via app bundling, many large platforms are leveraging content from smaller niche platforms to target this segment.

Manish Kalra, chief business officer, ZEE5 India, explains: “The prominence of regional content, the possibilities to explore new genres, plots and narratives have expanded the scope of content creation. Prominent stars and talent across languages have partnered for big ticket projects on OTT platforms. We introduced exclusive slates, including originals in Tamil, Telugu, Bangla, Marathi, and Punjabi alongside Hindi.”

Leading players in the market such as Netflix lost around 1.2 million subscribers that it had gained during the first two financial quarters this year. As a result, the platform is making strategic changes—plans to launch a cheaper, ad-supported subscription option and allow more subscribers to preview content. Experts believe this could be due to a saturation in global markets; more growth can only be expected with entry into newer markets. “When it comes to India though, there is still a lot of potential for subscribers to grow,” says Taurani.

Tweets by @forbesindia
The top languages to learn for international business
Air India: Will we see a new avatar of the beleaguered airline in 2023?