If you fail in OTT as an actor, then it's difficult for you to survive: R Madhavan

The actor—whose three films, including directorial debut Rocketry: The Nambi Effect, recently featured in the Top 10 of IMDB's list of top-rated Indian movies—on why going to the theatres is slowly going to be an exclusive experience, the discerning taste of the audience and not taking his success lightly 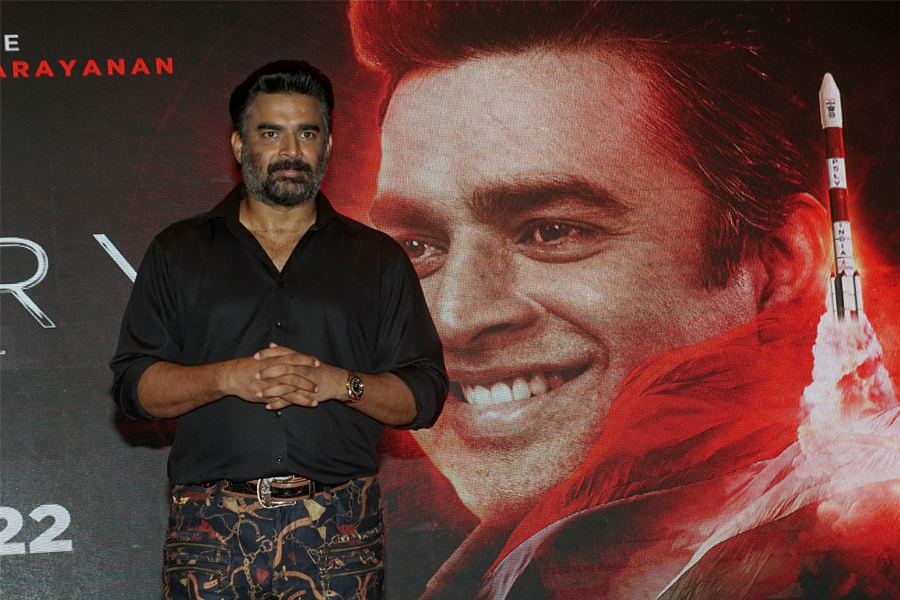 A month after Ranganathan Madhavan’s directorial debut, Rocketry: The Nambi Effect, hit screens in July, it became the top-ranked movie on IMDB’s list of 250 top-rated Indian films by users. Two other movies—Tamil comedy-drama Anbe Sivam (ranked second) and Bollywood blockbuster 3 Idiots (seventh position)—starring the actor, featured in the Top 10. Humbled by the recognition, Madhavan is especially thrilled for the team of Rocketry, a biopic on Indian Space Research Organisation scientist S Nambi Narayanan, who was accused and later exonerated in an espionage case.

The actor has starred in OTT series Decoupled on Netflix and Breathe on Amazon Prime Video. The star of Tamil films such as Alaipayuthey, Irudhi Suttru and Vikram Vedha, as well as Hindi movies such as Rehnaa Hai Terre Dil Mein, Rang De Basanti, Tanu Weds Manu and Tanu Weds Manu Returns, among others, Madhavan, 52, speaks to Forbes India about the lacklustre response to cinema in recent times, the need to overhaul content, the challenge of performing for a web series and what keeps him going. Edited excerpts:

Q. Three of your films recently featured in the Top 10 of IMDB’s list of top-rated Indian films. Is it a validation of your choices as an actor?
To have your first film as a director, writer and producer at No 1 is quite a privilege. For the entire team of Rocketry, it’s like a shot in the arm because that’s what we wanted for Nambi Sir… that’s the reason why the film was made. It was more of a passion project than anything else.

Q. It must be a special feeling to see your directorial debut up there.
I am quite chuffed. I smile to myself when I am alone… that’s probably the extent of my celebrations. But I am happy for the entire team… the ones that have put in more than their call of duty. This means a lot to them.

Q. Does it help as an actor if you are the director too? Are you in greater control of the narrative then?
Being a writer, producer and director means there’s little chance for argument between the three departments. It does get easier because you are just fighting your own decisions. Apart from that, having these three responsibilities and doing the film in three languages—Tamil, Hindi and English—at the same time was a huge challenge… it was frightening, nightmarish to think of, but only in hindsight. When we started shooting it, it felt like the most natural thing to do.

Q. You play Narayanan in the film. Is it a tougher challenge for an actor to do a biopic?
Actually, it’s less of a challenge than doing a film on someone who is well-known. If you have a well-known celebrity on whom a biopic is made, then people have preconceived notions of how they would like to see them. I had an advantage with Nambi Narayanan Sir because nobody knew him. It was unfortunate, but, therefore, there were no expectations. People didn’t even know the fantastic story and his journey. It unravelled in front of them for the first time, so that became an advantage.

Q. Did you enjoy being behind the scenes? Will you direct more films?
During the film’s publicity, I had said that I will not direct anymore. And I wanted to stick to it. But after seeing the film, my family, friends and well-wishers are saying, ‘You really cannot not direct anymore’. So, I am looking for another subject that will drive me or excite me, and then maybe I will jump into direction. But right now, I want to do romantic comedies… movies, as many as I can. I have waited for five years for Rocketry to release, so now I want to act as much as I can.

Q. You had wanted Rocketry or The Kashmir Files as India’s entry to the Oscars. Are you disappointed?
Of course, there is disappointment. It’s my first film [as director] and I know I am asking for too much even in God’s own court. Having said that, we haven’t been making a lot headway with the kind of films we have been sending [to the Oscars] in the first place. It’s time to show India in the shining light that it is. I am tired of seeing all these films where we are showing the other side of India all the time. We are just showing how much we struggle and what the problem is instead of areas that we shine in. We should change the priority with which we select films for the Academy Awards. We should also give equal weightage to the awards that are there in this country, so that the credibility of those awards and winning them will make a difference to the standing you have in the industry.

Q. Box office performance is one way of judging a film. Rocketry mostly worked due to word-of-mouth. That must have been satisfying.
Yes. In today’s times when people are barely going to the theatres, to run for 59 days because of sheer word-of-mouth is testimony to the fact that people are coming to the theatres for subjects or stories that excite them. They do listen to reviews, feedback and then make up their minds. Rocketry ran through big hero and Hollywood films, and continued to run for weeks. The film collected Rs1.2 crore on its first day and constantly made that kind of money on the other 50-plus days. I wish we could have released it at another time… post-Covid, people are selective about why they want to go to the theatres. So, considering the time we are in, the box office performance is a statement about the film as well.

Q. What would you attribute the tepid response to films this year to?
It’s quite a time of turmoil for all of us because there are lots of films that have been made with the same formulae or methods as the ones that have not worked… a lot of them are in the pipeline to be released, and everyone is shivering because of the way the audience has rejected movies or stayed away from the theatres. We are not able to understand what makes them not come to the theatres. I do think we’ll have to go for a huge overhaul in terms of the content we create and the budgets that we make it in, and more importantly, the marketing and publicity we do.

Q. With streaming platforms, the geographical and linguistic barriers no longer exist. Does that put pressure on actors and filmmakers? Because now the audience will demand premium stuff.
They won’t demand anything, you’ll have to give it to them. The average audience’s literacy rate has gone up tremendously. Gone are the days when they’ll come first day, first show, and stand in a queue and scramble for tickets… they are very discerning right now. But the filmmakers and the way we are telling stories have barely changed. Somehow we believe hit music, stars or content by itself will translate into a good opening. But it’s not happening. It’s a phenomenon around the world, it’s really difficult to get people to the theatres. Going to the theatres is slowly going to be an exclusive experience. Stories that render themselves to community viewing will probably get theatrical time. I don’t foresee smaller films being able to get a good opening. There are too many parameters, and it’s difficult for us to pinpoint what is right or wrong. But definitely, content for theatres will have to change.

Q. You have been acting for decades. What keeps you going and how have you managed to adapt to the changing times?
I don’t take my success lightly. When you do too many films back-to-back and quickly, their outcome starts playing a huge part in the evolution as an actor you are planning for yourself. I have consciously decided to take a step back after every film, analyse what I have done, where the world is heading and try to give content that is one step ahead of them. To be considered relevant as an actor, even after 20 years, is great support and encouragement for me.

Q. You spoke about taking a step back… you had taken a sabbatical prior to Tanu Weds Manu. Does life as an actor get stressful or is it a personal decision to take some time off and recharge your batteries?
A lot of that time goes in research. When I did Tanu Weds Manu, for example, all the romances [on screen] were only happening on Brooklyn Bridge or abroad. It didn’t look like small-town Indians were romancing at all. I am from Jamshedpur and I have seen girls like Tanu with tattoos on their bosoms, and being vocal about who they are and not taking crap from men. There was nothing to represent them or tell a story about them, so when Tanu Weds Manu came along, I embraced it. Somewhere it was ahead of its curve and a whole bevy of small-town films followed. This break that I take is more to do the research.

Q. Are trying to balance your work in films and OTT?
All of them [mediums] are equally challenging. If I may say, the OTT/web is the most challenging of them all because you have to stay in character and keep a lot more in mind for eight episodes (40 minutes each) or three films’ content. If you fail in OTT as an actor, then it’s very difficult for you to survive.

Tweets by @forbesindia
Paris Motor Show: Here's what's in the spotlight this year
Photo of the day: Strike for the betterment