Why are some people more reluctant to network than others? 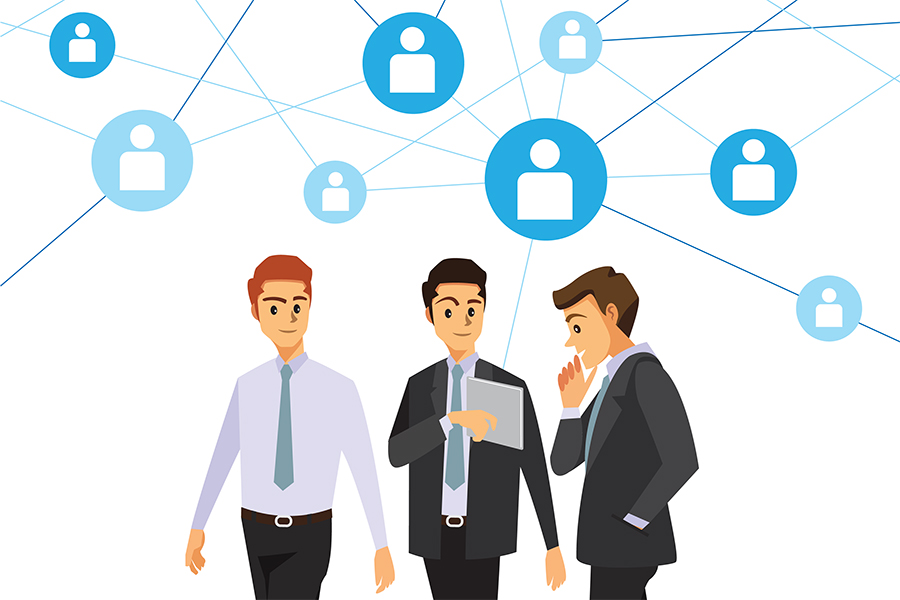 People with higher status do have larger social networks and tend to be more likely to do things to broaden those networks further Image: Shutterstock

The benefits of professional networking are backed by research, anecdote, and career coaches galore—and yet a lot of people shy away from it. A global survey of nearly 16,000 LinkedIn users revealed that while nearly 80 percent of professionals consider networking crucial to career success, almost 40 percent admit that they find it hard to do.

So who networks and who doesn’t? One might assume that networking is largely the domain of those who have lower social status who are early in their careers. After all, the benefits of a larger network are especially important as you’re establishing yourself.

But a lot of research suggests that this isn’t the case—that higher-status individuals have larger social networks.

Indeed, seasoned professionals seem to be the ones most actively reaching out to their networks for favors, comfortably working meet-and-greet events and seeking out new connections. This was a tendency observed by the late Ned Smith, who was an associate professor of management and organizations at the Kellogg School, and coauthor Jiyin Cao, an associate professor of management in Stony Brook University’s College of Business.

In a new paper, Cao and Smith explored just why this is the case. They confirmed that people with higher status do have larger social networks and tend to be more likely to do things to broaden those networks further, such as seek advice from an acquaintance. Critically, they found that these differences between low- and high-status individuals were largely driven by whether individuals viewed status to be an indicator of someone’s quality. When people attributed their high status to their own talent and hard work, they were particularly eager to network: they were confident they had value to offer and that others would be receptive to their outreach.

Cao says their findings could offer a new plank to the prevailing sociological wisdom about how social networks are built. Currently, people’s networks are generally attributed to forces largely outside of their control—such as the neighborhood in which they grew up, schools they attended, or others’ interest in networking with them.

“We’re not challenging the previous literature,” Cao says, “but we felt like there was a missing piece of the story—and that is the agency of people themselves. What we really want to highlight here is that individuals actually do have agency in building their networks.”

Testing the connections between beliefs and networking actions

Cao and Smith conducted seven studies, all designed to explore the same central question: Why exactly do people with higher status have larger networks?

Some researchers have suggested that high-status people have access to more social circles, allowing them to accumulate connections over time. Others have argued that perhaps high-status people are more likely to be sought out by others, thus explaining the expansion of their networks.

But Cao and Smith set out to test whether beliefs about social status—namely, that it is a legitimate reflection of someone’s value—encourage high-status people to actively network and low-status people to demur.

In an initial pilot study, the researchers drew on data from a 1985 survey by the National Opinion Research Center at the University of Chicago. The survey asked about respondents’ social networks and income (which the researchers used as a proxy for status) and also posed a question about how people get ahead—by their own “hard work,” by “luck or help” from other people, or “both equally.” Cao and Smith used this final question to determine whether respondents believed in a strong link between status and quality.

Their analysis revealed that higher income was associated with a larger social network. But importantly, this pattern held only among those who believed that people got ahead primarily by their own talents and hard work—that is, those who attribute success to quality. For those who believed that luck or help was a main component of success, wealth was not linked to network size.

In the first two studies, participants were presented with various hypothetical scenarios and asked how likely they were to engage in activities that would broaden their social network, such as reaching out to a friend of a friend for help. These studies confirmed that high social status is positively linked to these networking activities—but only for participants who believed that their social status was a legitimate reflection of their quality. A third study confirmed these findings, but for real-world networking opportunities, rather than hypothetical ones.

In other studies, the researchers sought to establish a causal relationship between people’s beliefs about status and their networking behavior. To do this, participants were placed in groups where they read passages intended to either make them feel high or low status, and to make them believe either more or less strongly in the link between status and quality. Then participants were asked to say how likely they were to reach out to an acquaintance at work who had expertise in a topic with which the participant needed help—or in the case of one study, to actually seek advice in an online community that the researchers built.

Among those prompted to believe that status and quality were tightly linked, the high-status participants were more likely to reach out than the low-status participants. Among participants who were prompted to believe that status and quality are not linked, there was no difference in the behavior of the high- and low-status groups. In other words, believing that social status is a legitimate indicator of someone’s quality directly causes high-status people to network more than low-status people.

In the final study, Smith and Cao were interested in why these high-status participants were so keen to network. They found that these individuals believe that they have more value to offer others and that others are likely to be receptive to their networking gestures. Conversely, lower-status people suspect that they have less value to offer, and others will likely be unreceptive.

“Higher-status people think, ‘I’m not just networking; I’m offering value to you,’” Cao explains. “They don’t feel like they’re taking advantage of their networking partner, which makes them come across as more authentic.”

The perpetuation of hierarchies

Cao believes the paper’s findings have clear implications for anyone who finds networking deeply uncomfortable: “Think about the value you bring to this relationship,” she advises. “If you know you have value to bring to the relationship, you will feel more comfortable about doing this type of work.”

Similarly, she says, business leaders eager to push mentoring and networking within their organizations should encourage employees to understand that “value” doesn’t have to be narrowly defined in terms of performance metrics. For example, Cao says, a young marketing analyst may know more about new cultural trends. And leaders can emphasize to team members that even if they are junior, their efforts are indispensable to the success of the project.

The researchers also emphasize in the paper that the most important—and worrisome—implications of their findings extend beyond the workplace, into social hierarchies and inequalities writ large. Although there are many good things about believing in status–quality coupling, it could cause the perpetuation of hierarchies and reinforce inequality by making the upper class feel more entitled to their privilege and the lower class feel more doubtful about their self-value.

Tweets by @forbesindia
You can be a great marketer even if you've never done marketing before: Puma's Shreya Sachdev
Central African Republic adopts bitcoin as legal currency