A New Kind Of Sniffer Dog

A ‘nose’ that can detect bombs and cardiac disorders 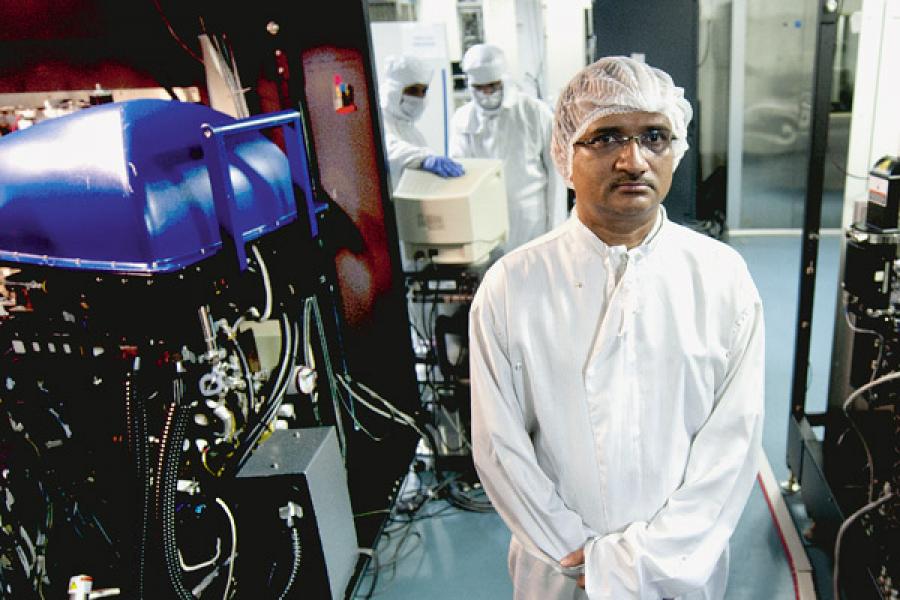 
Just how good are sniffer dogs at detecting explosives?

They are the gold standard in detection; new technologies haven’t yet beaten a trained dog’s olfactory abilities.

V Ramgopal Rao knows this very well. Rao, a professor of electrical engineering at IIT-Bombay, is developing nanotechnology-based sensors. When the office of the prime minister’s principal scientific advisor approached him for developing explosive detection solutions, he knew where his benchmark lay.

The goal is to build low-cost detection systems that can be networked and deployed everywhere, from malls to temples to railway stations. At Rs 10,000-20,000, Rao believes these systems can replace sniffer dogs, which are difficult to train and maintain. The company is building prototypes for field tests.

To yoke together technology with market requirements, serial entrepreneur Kapil Bardeja is on-board as a co-founder. Bardeja’s earlier two companies make security and surveillance systems. Besides experience of the security market, Bardeja, who is an IIT-Delhi graduate, has also brought the angel investor who has funded him before, Priaas Investments.

The actual detection devices are a year away from the market but NanoSniff is selling its platform technology for bio-chemical detection, which is packaged as lab equipment. OmniCant, designed for educational institutions and research groups, is expected to bring in some revenue till the explosive detection devices hit the market.

For Rao, adding entrepreneurship to teaching and research wasn’t easy. But he took it up as an extended call of duty. He has been closely involved in setting up the Centre of Excellence in Nano-electronics (CEN) at IIT-B, which, with a funding of Rs 150 crore, is an ambitious project by the Department of IT. “We realised we had to go beyond publishing papers and think of products. Creating a role model for students was next,” says Rao.

The technology itself is a delicate balance of sensitivity (how low a concentration can it detect) and selectivity (how accurately it recognises an explosive). Some newer systems like GE’s walk-through machine Ion Track comes close to the abilities of sniffer dogs, but is bulky and expensive (about $25,000-a-piece). A similar system using NanoSniff’s technology could be developed for $4,000-5,000.

“This [NanoSniff product] is a very promising technology as it can be made in large quantities and deployed easily. Nobody in the world has commercialised such a system,” says Baldev Raj, former director of Indira Gandhi Centre for Atomic Research in Kalpakkam. He has been a key supporter of this project. The global explosive trace detection market, according to Homeland Security Research of the USA, is a multi-billion dollar opportunity, growing annually at 10 percent.

Rao and Mukherjee believe they have a technology that can “revolutionise” detection in security and healthcare. In the latter, NanoSniff is developing a portable, low-cost, and real-time device to diagnose acute myocardial infarction (heart attack). The device senses biomarkers (molecules in the bloodstream) for this. The current tests detect many false positives, for example chest pain due to gas.

All this will require more than what NanoSniff has raised in angel and R&D investment from ICICI Spread. Ideally, says Rao, he’d need a few million dollars to set up a small manufacturing facility and start building prototypes.

The government should also ensure that it buys from these companies, says Raj. But the reality is, nobody here loosens purse strings for advanced manufacturing, especially when the technology is yet to be proven in the market. Most technologists wish for a local version of Defense Advanced Research Projects Agency, the US entity that generously funds researchers for risky technology development. The US agencies fund small and large companies alike, not only in defence but also in areas like next-generation biofuel (e.g. Novozymes), or digital light processing technology that half the world’s projectors use (e.g. Texas Instruments).

“I realise we’re really not ready as a country for developing advanced technology,” says Rao. All the incubators are geared towards supporting IT-related startups, which don’t need labs or manufacturing. “If science has to go towards wealth creation, the government must find a mechanism to take mature science to the industry. The talking has begun but we must act now,” says Raj.

Tweets by @forbesindia
Where Billionaires Feel Secure
India U-19