In search of creative engineers 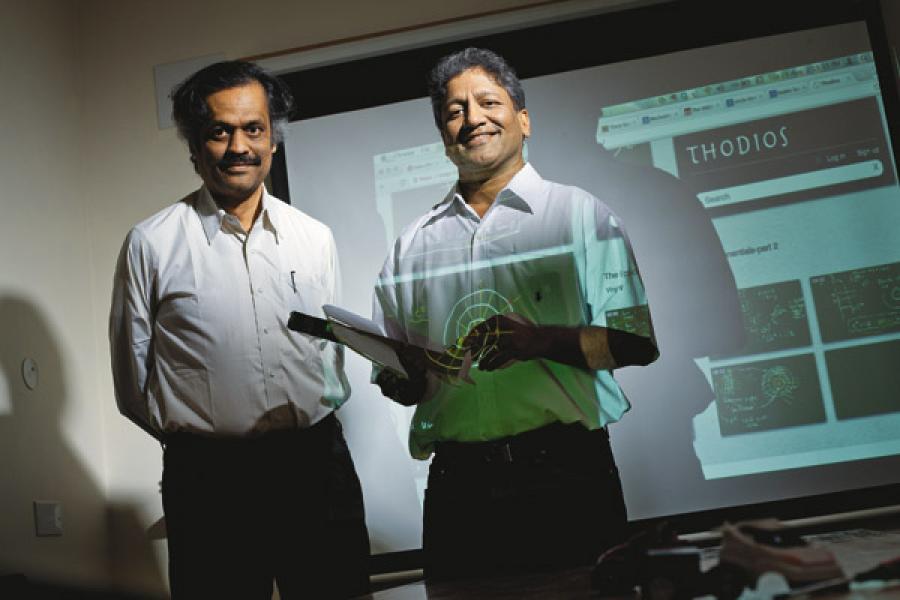 
The small green car on Vishwanathan Vinay’s table is not a model car from an automotive company, nor is it a toy left behind by a kid. It’s a tool for teaching, and a source of inspiration—or frustration—depending on how you look at it. At dozens of engineering colleges, where Vinay and his colleague Swami Manohar undertook a poll of first year students, less than 5 percent admitted to ever taking apart a toy car, or examining any vehicle closely to understand how it works.

Most students don’t know how anything works. If you ask an electronics engineer how an antenna works, or a computer science guy why a 100-storey building stands erect, he’ll not be able to answer, says Vinay. It’s this “conceptual and practical weakness” among today’s graduating engineers that led the two former computer science professors from the Indian Institute of Science to start LimberLink Technologies that would design courses to improve engineering education and create competent, problem-solving engineers.

These supplemental courses are essential, says ANN Murthy, principal of Dayananda Sagar College, an engineering college in Bangalore which has 1,300 students. “Most colleges have to go by the syllabus of the affiliating university and we miss out on the fundamentals. This gets accentuated because there’s no ‘mobility of faculty’ to industry,” he says. Murthy believes LimberLink should have a formal tie-up between universities and an industry consortium to create a larger impact.

That’s an objective that preoccupies the founders and their investor Accel Partners now. In its second year, the startup has six colleges and 5,000 students accessing its content on a unique delivery platform called Thodios (Thought + Audio), which is handwritten text overlaid with audio. Unlike the popular American online video tutorial Khan Academy, which is geared towards problem solving, Thodios is focussed on conceptual understanding, rendered in crisp 10-minute courses. Once the college shortlists 50-60 ‘curious’ students in each year, they get 120 contact hours with the team and its offerings.

But the drive doesn’t end at colleges. Much of the engineering crowd that enters the industry also needs training. The ever-increasing training budgets of companies prove this, as do market research reports lamenting the poor employability of our engineers. To tap into that market, JED-I has tailored industry training modules, beginning with one sector—information and communication technology.

These programmes are not about solving a particular issue but about making people smart engineers—about how they envision things, says Samir Dhond, human resource manager at Ittiam Systems, which recently organised a two-day JED-I workshop for its 60 young engineers.

To measure the impact on the ground, Vinay and Manohar have devised J-CAT (JED-I Competency Assessment Test).

Though the startup is hoping to have 30 colleges in its fold by next year, scaling up to national level will pose a challenge; it’s an idea that venture capitalists are usually not comfortable with. In the case of Accel, though, there’s scope for synergy as it has invested in four other education startups. Anand Daniel, a principal at Accel, believes technology would come to aid. The initial focussed programmes can be expanded by creating JED-I instructors and remote classroom delivery mechanisms.

A few online content providers have evinced interest in the JED-I platform Thodios. Since 15-20 percent of people flocking to Udacity and Coursera (online computer science courses offered by Stanford professors) are from India, the two founders believe they have a large market in online learners.

These courses will not “fix a person”, but will facilitate a change in thought process. “Even if we move the incoming engineering students by one standard deviation, there’ll be disruptive effect,” says Vinay.